Up until a few days ago, most Los Angelenos had not heard of Janene Drafs, even though she had been holding one of the significant jobs in local media for over two years.  In February 2020, soon after KTLA had been taken over by Nexstar Broadcasting, she was named the replacement for longtime LA local station exec Don Corsini, and was given the already challenging task of navigating a station in the country’s #2 market after a history of success with smaller markets, most notable Seattle, for a company taking on a station group that previous owner Tribune has steered into billions of debt and bankruptcy.  Drafs became the station’s first female general manager in its 70-plus year history. 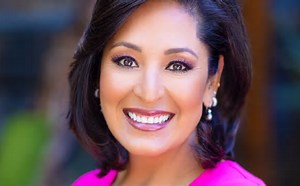 But many had heard of Lynette Romero, another longtime Los Angeles media personality, who had a 24-year run at the station, beginning as a co-anchor with the legendary Hal Fishman on the station’s prime time newscast.  Romero is Latino, as is 48% of the Los Angeles DMA, per the 2020 census. In recent years she had moved to the station’s popular weekend morning news, where she was now co-anchoring with a younger newscaster, Mark Mester.   Again, not as well-known or as storied a name either publicly, or even in media circles, as was Fishman or is Corsini.

So when longtime entertainment reporter Sam Rubin, reading from a teleprompter, announced to the weekday morning news viewers on September 14th that Romero was leaving the station, it became big news.  And immediately, it became a cause celebre, first just in LA but now rising to national attention.  Reports began to emerge on the station’s recent poor showings in studies of on-air diversity, and how Romero’s departure was making an already bad situation worse.  According to the Los Angeles Times:

The turmoil at KTLA — which airs L.A.’s top-rated local morning news show — comes as TV stations confront dwindling ratings and rising competition for viewers. Newsrooms across Los Angeles also have been reckoning with longstanding disparities among their ranks.

News organizations, including The Times, have been criticized for a shortage of Latino staff members as well as portrayals of Latinos in news coverage and opinion pieces. In early 2021, the National Assn. of Hispanic Journalists visited with leaders of The Times and other news organizations to push them to improve their representation.

The NAHJ delegation met with KTLA. “We have asked the newsroom to share its staff diversity data with the public and listen to journalists of color when they ask for equal representation in the newsroom,” NAHJ said in a March 17, 2021, tweet.

CCNMA: Latino Journalists of California also sought a meeting this year with KTLA leaders. According to Medina, the group was concerned because KTLA did not have a Latino news anchor on its two late newscasts and just 15% of its on-air staff identify as Latino.

Of the more than 14 hours of news KTLA produces weekdays, only one hour is anchored by a Latino: Pedro Rivera, who joined the station last year. Vera Jimenez, who was born in Mexico and moved to L.A. at age 3, is the station’s meteorologist for its weeknight newscasts.

Mester seized the opportunity the following weekend to override a written statement regarding Romero’s departure to tearfully address the departure of his beloved colleague.  He hired a small plane to circle the station’s lot on Sunset Boulevard displaying a banner “We Love You Lynette!”.  He reportedly cursed out station management who ordered him into meetings after this display, and , after initally being suspended, was fired himself.

And now a lot more people, both Latino and not, know who Janene Drafs is, and she, along with Nexstar management, have come under fierce attack by organizations such as CCNMA, not to mention an awful lot of reportedly longtime KTLA viewers whose morning rituals have been disrupted by these departures.  She is being villified, and so far has declined public comment.  But another former female Los Angeles TV station general manager, Paula Madison, has been anything but silent in her criticism of Drafs and Nexstar.  Again, per the Times:

“KTLA has long had L.A. in its DNA, but the larger corporate group has no history with this city,” said Paula Madison, former general manager of KNBC-TV Channel 4 and former NBCUniversal chief diversity officer. “The folks who run that station didn’t seem to understand that what they were doing was insulting a person whom many of the viewers have come to regard highly.”

Madison was once a news director herself, so she is hardly unqualified to offer perspective.  But as someone who built her own career on the backbone of diversity hire, eventually becoming a corporate champion for it by an arch-rival of KTLA’s, it would be fair to say she may have a bit of bias.

And, you’ll be happy to know, Romero will soon be returning to weekday anchoring, having landed a more lucrative gig as co-anchor of KNBC’s 4-7 AM newscast, at a time when both they and KTLA will be soon be challenged by a new longform local news on their mutual arch-rival KCAL (originally scheduled to launch this month, its launch has been pushed back to November),  KCAL just happens to be the number one primetime news in the market and is looking to build off that base to challenge the incumbents in the potentially more lucrative (if only for its 35 weekday hours per week length) morning daypart.  The happy ending is that Romero will hardly go broke, and she will be joining a newscast on a station that shares its resources with Telemundo affiliate KVEA.  A newscast that includes at least two other Latino c0-anchors currently, BTW.

And that last point shouldn’t be overlooked.  The 48% of Los Angeles that identifies as Latino watches an awful lot of news, and within that demographic a plurality watch newscasts on KVEA, Univision flagship Channel 34, and other Spanish-language stations.  I led a deep dive study a few years back for FOX that explored this competitive landscape exhaustively, with the help of several Latino colleagues and consultants.  What we learned is that acculturated Latinos–which skew signfiicantly younger than the overall population base–prefer to watch Spanish-language stations, as well as commercials in the language of their country of origin or that which their parents emigrated from.  Ratings in the overall Los Angeles market, not to mention the Spanish-spealing sector, confirm these stations regularly beat their competition. 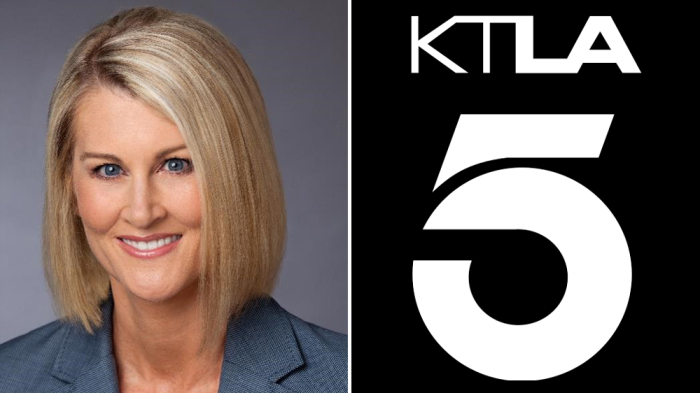 So you’re Janene Drafs.  While 48% of your market is Latino, 52% is NOT.  Your overall ratings have been in decline–heck, a month into your job COVID disrupted the entire local news landscape to the point that while more people were indeed home during the day and watching a lot of news, an awful lot of them were watching your competition.  And it sure appears that KNBC is more than doubling down on its efforts to go after that market sector aggressively, and was willing to put more money on the table to do it than a business analysis of a veteran anchor with declining overall popularity would otherwise have suggested.

Any argument that Latinos–or any ethnic group–need to be represented on-air by every single station, particuarly in a situation where tbe competitive landcape among bilingual viewers is that much greater–needs to be put into context with the bigger picture.  One only need look at where the KTLA lot sits to understand how the much more global competitive landscape has changed, particularly since Drafs took over. 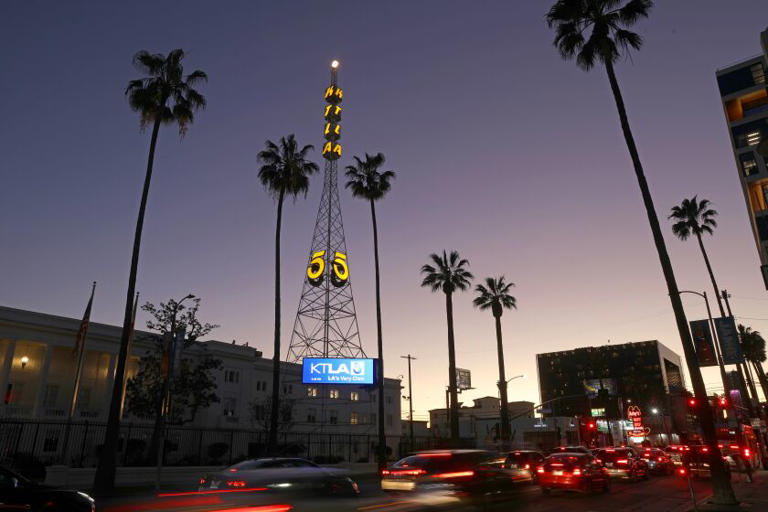 KTLA’s buiiding, which once was the crown jewel of a studio complex on the corner of Sunset and Bronson and sat directly across the street and the 101 freeway from FOX flagship KTTV, is now dwarfed by a complex of offices and studios wholly owned by Netflix.  The property where KTTV once sat is now occupied a charter high school.  Indeed, while KTLA still has a prominent tower that overlooks Hollywood, these days that intersection is known as the “Netflix lot”.

KTLA, KNBC and, frankly, linear television’s largest competitor is streaming TV–global behemoths like Netflix who have taken millions of viewers out of that ecosystem and are valiantly trying to monetize them themselves.  Any representation of any group needs to be put into the framing of a larger landscape of is that demographic being seen anywhere, not at each and every company seeking to find their niche.

KNBC has that covered.  KTLA is trying to go after a majority of the market at a time when that majority is in flux.  Drafs has the fiduciary responsibility to seek a strategy that has the potential to glean more eyeballs who actually will watch news, not just a minority of vocal supporters who may or may be watching, and Nielsen was conculsively showing fewer of them were since she took over.

One can accuse Nexstar of subtle racism, and Drafs of being deaf to it.  Mester effectively took that stand, and now he’s looking for work himself.  I would contend my concern in hiring him might have more to do with his outright refusal to follow the instructions of his bosses and his newsroom behavior rather than his track record as a news anchor.  I’m aware I’m in the minority with that opinion.

And I’m also aware that I’m in the minority who believe Drafs was unjustified in what she and Nexstar did to Lynette, or how she is choosing to do her job.  As a trailblazer in KTLA management history, I’d like to believe she is a lot more aware of the concept of fair representation than many pundits and observers are claiming she is, particularly among Times reporters.

Mester has the right to his opinion and views.  But he’s also never actually run a television station, nor actively participated in the work that goes into making those decisions.  I have.  And I’ll go on record saying he, and many others getting on their soapboxes to cry foul, are out of line in singling out Drafs or Nexstar for any sort of violation of moral code.  She’s got a job to do, and she sees the magnitude of her challenge every time she drives onto her lot and has to see Netflix-hued signage directing her to her parking garage.

What would Janene do?  Indeed, what would YOU do if you were her?  Would you look at the facts and figures and run the numbers?  You might, if you intended to stay in your job.

We’ll see if Romero helps out her new employer enough to justify their investment.  What I’d really love to know is if any of those who actually are as vocally appalled by her departure as they’ve reported can document that they’re no longer watching KTLA as a result, and are now actively watching KNBC, or anyone else, in response.  I’ve yet to see any study that can prove it one way or the other.

Let both of these women do their jobs.  And I wish the Times would devote more attention to some of us who are still looking for one.

1 thought on “What Would Janene Do?”