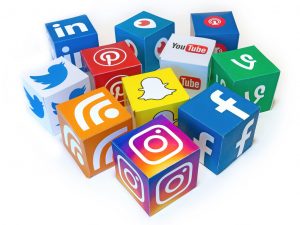 It’s what I’ve spoken my whole life.  For over four decades I’ve been able to apply it to a career as a transformative insights and content executive in entertainment.  What I’ve learned is that the intersection of real life and creative expression is the more fertile ground for Leblanguage to thrive.  That nexus is where asking the right questions in the right way to the right people at the right time can open the door to telling us what we don’t know that we know.  It’s true in the business of ascertaining what motivates people to want to like a television show, a network or an ad campaign.  It’s even truer in life in general.

Well, we are now at a time where everyone IS a brand and all of us have the potential to be our own network.  We can promote ourselves 24/7 on social media.  We can create content in our own rooms.  If you’ve ever gone live on TikTok or simply made a FaceTime call you are producing original content.  You can drive people to your content with a few posts to links and produce audiences sometimes in the thousands.  You’d be in the same place on the rankings as many FAST channels are.

So between those realities and the realities I’ve faced in my own life in what has been my most difficult yet rewarding year yet I have decided it is time to share Leblanguage with the world.  Or at least the world that chooses to read this,  We’ll talk about what is going on with the world of media and content.  Not a day goes by where something doesn’t occur that both excites and scares me about the industry and life. I’ll share those thoughts with context.  Like so: 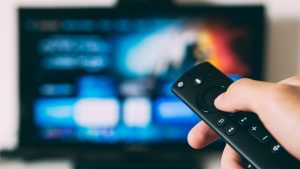 When I first began my TV research career the process of obtaining and dissecting overnight ratings was tedious, time-consuming and labor-intensive.  Even with an early start in an office downloading 11 markets of household ratings without titles to connect to could take an entire morning.  “Overnight” frequently was a punch line.  Often it wasn’t until late afternoon before we could accurately report what show did what rating and what that meant.  Which meant we spent the whole morning calming nervous clients and colleagues with our pep talks and our assurances that all would be ok–estimates would somehow be met, executives would somehow survive and that the world would go on another day.  The destination wasn’t as exciting or as interesting as the journey.  We cared.  We yearned for more.

Later on, as technology made downloading data more automated, we actually had windows of improved expedience to satisfy that yearning.  We could get overnights by 5 am pacific time from our home computers.  We could send out informed  analyses to our superiors and media while they scrolled through their phones on their treadmills.  We had more data–demographics in particular–to send them.  By dawn the landscape of the industry and so many people’s jobs could be changed.  Websites like Deadline Hollywood and the digital iterations of Hollywood trades picked up on those stories and had their own “first takes” while West Coast execs commuted and while East Coast execs took off for lunch.  We cared.  Information thrived.

But then protocols for the vetting of data changed.  Fewer local markets were immediately available.  Traditional research executives were considered expendable, as were traditional publicists.  Many digital trades shut down.  Networks publicly disavowed the relevance of overnights–the “live plus” window became ever-expanding as viewing patterns radically shifted.  “Live-plus-three days” became the new “overnight”.  “Live-plus-seven days” became the standard currency for ad buys.  In streaming “live-plus-35 days” has evolved as the barometer of “first window” viewing.  Thanks to the pandemic most executives no longer commute; many don’t even get on treadmills any more.  Parodoxically, at a point where more information than ever is available as quickly as ever, people simply stopped caring about “overnights”.  The journey has been compromised–perhaps permanently. 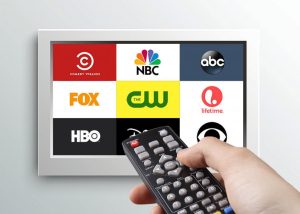 The destination hasn’t been that rewarding–virtually all linear television has suffered massive audience erosion, and no third part entity can fully explain where it has gone.  We correctly assume  it has gone to streaming services, most notably Netflix, but only those services truly know to what extent that is true.  Closer to truth is that it ha splintered across thousands of options of channels, platforms and “personalized content”.  We can now program our own “networks” starring ourselves and guesting anyone and anything we want 24/7.  And yes we can monetize ourselves as well—whether it’s through traditional ad sales or merely sharing others’ content on social media platforms.  We are indeed our own brands.

So now is as good a time as any to take the learnings from shows and networks  and applying itself to ourselves.  Or, at the very least, revisiting and redefining what data points are relevant. Leblanguage is a way to navigate both of those choppy seas.  It means using wit to deflect negativity, forethought to contextualize disappointment and radical honesty to chart a course of action.  It’s not for everyone–indeed, the very idea of that degree of honestly irks most of us who are driven by “mission statements”.  A mission statement is a destination.  We need to better prepare for our journeys.

Hopefully in the coming months you will be inspired to take some of these observations to heart.  Perhaps to the bank.  Even more ideally you may be inspired to want me to partner with you on your journey.  If you’re in a position to compensate me for that that would be wonderful.  I know I can deliver for you the way I have delivered billions of dollars of value to media companies.  But if that’s possible your faith, support and friendship would be just as cherished and almost as valuable,.  Share these musings–in Leblanguage we will call these “Le Blogs”.  Interact with me–there’s a “contact me” button on this site for a reason.  We’ll invite some of you to share your thoughts via video and audio recordings.  I”ll share some of mine.   Since we have to wait longer for overnights these days–or have stopped caring about them at all–you may have a window of opportunity to scroll through these essays when you return to a gym or simply get on your Pelatons and want a distraction from the virtual world you sweat in.  I hope you’ll find some time to do so.

And that, friends and viewers, is how you can be a little more fluent in Leblanguage.