Yesterday’s announcement that DAYS OF OUR LIVES will be shifting from NBC to Peacock was to its fan base and those like me who were weaned on daytime broadcast network television seen as surprising; to many, apocalyptic.  But, in actuality, this was the culmination of a steady series of business-related erosions of schedules and shiftings of priorities that began decades ago. 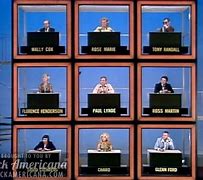 At one time, DAYS was the apex of a six and a half-hour parade of game shows, soap operas and, in some cities, a midday newscast that kept housewives and, as in my case, frequently sick schoolkids company, with no need to change the channel until it was time to begin to cook dinner.  NBC was particularly consistent at one point in their strategy, airing primarily game shows from 10 AM to 2 PM Eastern, with the original HOLLYWOOD SQUARES and JEOPARDY! as the midday apexes of its lineup.  DAYS was the kickoff to its soap operas that ran in the heart of the afternoon, then the day would end with lighter celebrity game shows.  In my world, when we heard Macdonald Carey intone the words “like sands through the hourglass”, it was the cue to get up and switch the channel.  In plenty of others, it was the audio cue to take a break from household chores, sit down and watch the residents of Salem go through their love and health issues.

Daytime television has always been a strong revenue generator for networks; production costs are relatively low, ratings typically were reasonably high (a mid-level show would typically deliver 5-7 rating points) and they were valuable cogs to promote the primetime lineup.  But when larger affiliates started to realize they could make more money by replacing lower-rated shows with syndicated shows or local newscasts where they owned all of the commercial inventory, strategies like NBC’s began to crack.  And NBC typically had more problem time slots than did its competitors; eventually some of their game shows were replaced by expansion of program length (DAYS became a one-hour show in the mid-70s) ; spin-offs of another show, ANOTHER WORLD, made their way into late afternoon and morning time slots, neither with much success.  Several time slots had such weakened network coverage that they eventually could not deliver network ratings sufficient to justify the expense of production, so NBC began to turn back time slots to its affiliates.  Morning time slots became talk shows and, eventually,expansions of THE TODAY SHOW.  Local stations cannot get enough news and news-related content in daytime; they are able to sell spots at much higher rates than they can in sopas or game shows. 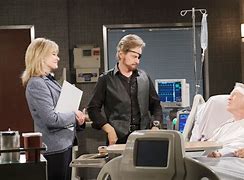 But amidst all of this evolution and chaos, DAYS remained a relative constant.   In spite of saber-rattling by local stations demanding it be replaced, NBC had a soft spot for it and, frankly, neither they nor producer Sony Pictures Television was losing money.  When the show turned 50 in 2015 I joined Sony around the time there were celebrations on the lot and in Burbank (yes, the show was still being produced on the lot that used to be the network’s home even after the network itself moved to Universal City).  Each year, we’d develop a spiel to help renew the show, knowing darn well we’d have to be even more creative in painting a positive enough story for an increasingly cynical and detached array of more junior executives to digest.  At the end of the day, neither side had the heart to kill DAYS outright.  After all, our moms and grandmothers loved it, and many of us grew up occasionally watching alongside.   The actual number of viewers has diminished greatly; this season, DOOL hasn’t even averaged 1.7 million viewers nor a 0.3 demo rating.  But those remaining viewers LOVE their stories. 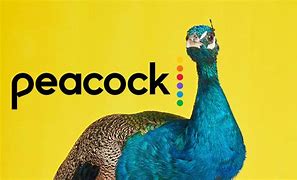 And for NBC’s parent company, Comcast, that love has a higher calling now.  Peacock was recently revealed to be flatlining in gaining new subscribers, one of the noisier examples in the increasingly negative narrative against SVODs and AVODs.  And as an outlier in a daytime lineup so heavily oriented toward news and information, DAYS was under ever-growing fire from affiliates, including the owned-and-operated stations, for being an outlier.  Many cities shifted the show to overnight or subchannel slots, further cementing its inability to ever come close to its historic audience levels.

So the move of the 2022-23 season, season 58, to Peacock was indeed both inevitable and necessary.  It will air on the Peacock Plus tier, meaning viewers will need to pony up a minimum of $5 a month to watch.  The knee-jerk reaction is that many of its viewers simply don’t have the money to pay for something they’ve had for free for decades.  Harsh truth is that’s that argument isn’t all that valid.  A majority of viewers pay for cable or satellite.  No matter how much moral objection or real economic pain people have, many simply find it somehow.  And it’s Comcast’s fervent hope that at least a portion of those 1.7 million viewers may not already have Peacock and will have a quarter a day to invest in their stories.

I’m unfortunately in the camp that believes this script may already been written, and it’s not likely to end well.  DAYS was renewed for two years last summer by decision-makers on both sides who have been since been replaced, and at a time where the pressure on Peacock to deliver results wasn’t that great.   Production costs can only be cut so much; actors, writers and crews have to be paid.   A previous attempt to move former network daytime soap operas ALL MY CHILDREN and ONE LIFE TO LIVE to a streaming platform more than a decade ago was quickly aborted when it was clearly the economies of scale were impossible without a large enough audience to support it.   Peacock did reportedly have some success with a miniseries spinoff, BEYOND SALEM, so there’s some hope that some form of a 59th or even 60th season, perhaps with far fewer episodes than those needed to fill a five-day-a-week time slot.  But fans will indeed have to find those quarters, as well as the desire to subscribe to Peacock, to even have that. 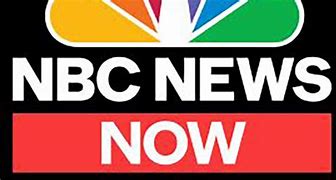 And for NBC, yet another hour of news, a time zone-specific feed of NBC NEWS NOW, its fledgling AVOD service anchored by the next generation of Lester Holt successors, will be offered to the affiliates that choose not to program it themselves.  In effect, a barker hour for Peacock, which offers the service on a 24/7 basis. In effect, NBC daytime will no longer exist as of 9/12/22.

The barometer of success for Peacock, being largely proprietary, is likely to be a lot lower than even the current viewership level, so there is a window for some optimism.  DAYS has seen its share of plot twists over its lifespan.  But at least for me, I just don’t see this not being a terminal illness.   The sands may finally be running out.