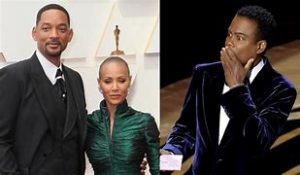 It seems every human being with a web address feels the compulsion to weigh in on the Slap Heard ‘Round The World that Will Smith bestowed upon Chris Rock on live television Sunday night.  (Upon further review, it was considered more of a slap than a punch).

As someone who passionately believes that what I personally think is less consequential than what YOU think, I actually started a poll on LinkedIn where I asked the simple question “Did you think the Smith-Rock incident was Staged or Organic?”.  As off this writing, the verdict is overwhelmingly in favor of “organic” by a margin of 74% to 26%.  With an asterisk.

You see, despite being seen by more than 1000 people only 31 votes have been cast.  My Stats 101 class from the fall of ’79, taught by a virtual twin of Orville Redenbacher, insisted that any sample size of less than 50 was statistically insignificant. More telling to me is the fact that 97% of people didn’t care enough to vote at all, despite the fact that I can see from my social media that an awful lot of them indeed have an opinion of their own. 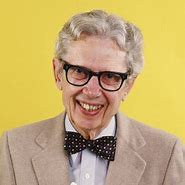 And here’s my one question:  Why?

Indeed, this incident has galvanized public and private opinion in ways not seen since, well, George Floyd and Breanna Taylor.  Or at least Mike Tyson and Evander Holyfield.  From every angle including Smith’s mental health, the strength of his open marriage to Jada Pinkett Smith, his perhaps misplaced desire to defend his woman’s honor in light of a public slur against her autoimmune disease, the ineptness of the Academy membership to step in and take definitive action either in the moment or in subsequent days, this has somehow usurped both a war in the Ukraine and a growing mound of evidence pointing to a former president being guilty of several crimes as THE dominant topic of social discourse.

Decades ago, as the E! network became popular and populist, top FOX management asked me to spearhead a covert team exploring the concept of their launching a competitor, one that would have been based upon the successful Page Six franchise from the New York Post. I went around the country asking this very three-letter question to fans of E!, fans of FOX News Channel, and fans of Entertainment Tonight, as well as people who weren’t fans of any of them.

While the fans of the various franchises offered a wide array of preferences in what and how they covered celebrities, one common train of thought emerged:  They saw their lives as being either unfulfilling and/or uninteresting, and therefore wanted to live vicariously through the lives of others.   They would take sone solace in realizing that even the rich and famous dealt with issues of infidelity, personal struggles and moral outrage just like they did.  But, sadly, they would express these opinions with levels of sadness and regret, often exacerbated when asked in more personal research settings than a traditional focus group would typically convey.

In “in-depth-interviews”, or IDIs, moderators trained in behavioral psychology would ask respondents to expound upon their opinions in manners more akin to therapy than market research.  We would utilize these methods as supplements to our core research, ideally supplying necessary color commentary to whatever empirical findings we’d uncover.   In this case, what we learned was that what motivated people to care about how celebrities conducted themselves was driven more by how much they disliked themselves than they liked the subjects.  In a rare display of human compassion, FOX management concluded at the time that this wasn’t an area they wanted to exploit with a new network. (The marginal projected return on investment over the initial five years likely played a role, too) 🙂

As social media has grown, the impact of celebrity journalism has diminished.   Ratings on E! have dropped markedly (along with cable television in general); heck even the Kardashians have moved to a streaming service.  Entertainment Tonight, while still a fixture of prime access across the country, is now more of a encompassing brand for FAST channels and shortform content tied to electronic press kits.  And, of course, FOX News mines more passion and comedy from politicians than actors.

I’ve already made my view on SlapGate clear:  I remain certain that this was a pre-planned incident designed to drive up ratings and engagement.  What reinforces my belief even more is not just what I’ve already expressed was the motivation, but the subsequent reaction.  The Academy spent most of the past two days in meetings and is going to take a few weeks to discuss their proper reaction?  Rock is “choosing” not to press charges? There’s hue and cry for action, and all that is being considered at this point are “sanctions”? 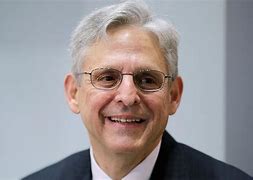 Or someone on President Biden’s team.  We see how well “sanctions” deter behavior.

My two final thoughts have to deal with Rock himself, who is being surrounded with support an admiration from his fans and peers at an intensity level normally reserved for survivors of actual assault.  There is compelling video taken backstage at the Oscars soon after Rock presented his award that shows him smiling watching thee slap on his phone.  And, second, Rock is in the middle of his first multi-market tour in two years, and  it was widely reported yesterday and both sell0out rates and aftermarket pricing on tickets have, shockingly, grown substantially.  At levels commensurate with those seen in the year-over-year improvement in ratings and social mentions the Oscars got. 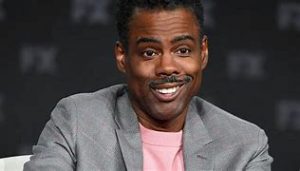 In a world where the bottom line IS the bottom line, the numbers speak louder than any opinions, and yes that even includes the likes of Kareem Abdul-Jabbar and certainly that of E! personalities.  You’re free to have your own.  My one final question:

Why do you care?

We have a comments section.  Please use it.

5 thoughts on “Survey Says…Well, Nothing Conclusive”