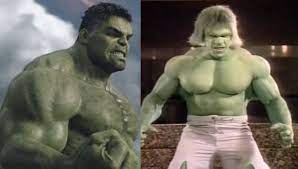 A little more than 40 years ago, in the infancy of Stan Lee’s expansion of his core Marvel super-heroes, the publisher introduced a female counterpart to the Incredible Hulk.  At the time, the character was enjoying a renaissance via the mercurial hit CBS prime time series, which immortalized bodybuilder Lou Ferrigno as a pop-culture icon and an imposing alter-ego for the Bruce Banner portrayed by Bill Bixby, ironically playing second fiddle to a green-colored co-star for the second time (Baby Boomers know his legacy as Tim O’Hara on MY FAVORITE MARTIAN; you young ‘uns can Google it).

The comic book had modest success, but in the demanding world of today’s MCU, the lifeblood of Disney+, any IP, particularly one that theoretically offers the potential to draw in a more diverse and broader audience necessary for platform adoption, has heightened value.  BLACK WIDOW did quite well as a theatrical, so SHE-HULK became that much more of a no-brainer.

And now for the first time SHE-HULK is being turned into a live action character, and at a crucial time for both the MCU and Disney+.  The platform’s recent track record on recent launches of other franchises has been modest; the OBI-WAN KENOBE brand extension of Star Wars was not successful enough to be renewed.  This year’s previous TV installments of what is known as Phase Four, MS. MARVEL and MOON KNIGHT, haven’t exactly wowed audiences.  And with a weekly deployment that will share a zeitgeist with HOUSE OF DRAGONS, the latest quiver in the GAME OF THRONES bow, it will be challenged to gain the kind of traction necessary to make up the difference. 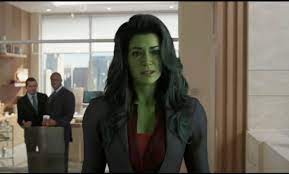 Early reviews, some slightly more complimentary than others but none raving, aren’t helping. SHE-HULK: ATTORNEY-AT-LAW places the lead character in a world where, disgraced after a courtroom incident where she learns of her genetically predisposed superpowers, becomes a defender in cases involving superhumans.  It has already been dismissed as if Ally McBeal had become addicted to Creatin, or if Drop Dead Diva were co-opted by Disney.   Lead Tatiana Maslany, critically acclaimed for her work in ORPHAN BLACK, is a cousin of the Banner character who is reprised in portrayal by Bixby’s replacement for the most recent Hulk theatricals, Mark Ruffalo.  When her blood is cross-contaminated with her cousin’s, her own saga begins.

And she shares her journey often with the viewing audience, breaking the fourth wall and trying to inject a snarky, girlfriend-appeal flavor to the drama, usually involving her battles with the imposing Jameela Jamil, a social media influencer named Titania who is obsessed with She-Hulk and ultimately becomes her rival.   There aren’t too many men other than Banner in the mix; you do the math on the undertones. 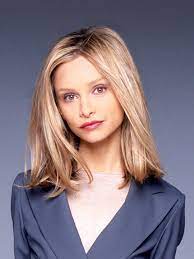 And that, sadly, is yet another obstacle that this series must overcome.  Like it or not, the core appeal of the MCU is male, and even its female super-heroes appear accessible to the younger libidos that are the most addicted.  A series told from a distinctly female empowerment angle, as evident from every interview writer Jessica Gao has given, carries the risk of alienating the core, particularly since the series appears to have more of the absurdist comedy that the McBeal series offered a generation ago–and, as someone who had to deal with the reality of that show’s limited appeal to a male-appeal FX when it was still a hit, it gives me additional pause to think a SHE-HULK series with similar overtones will match up with the MCU audience.

At a time when Disney+’s role in the overall health of the company has been deemed more urgent than ever, particularly in light of its announcement of price increases and ad-supported tiers, not to mention the urging for Disney to shed ESPN and, perhaps, Hulu, there is indeed a need for this world to broaden.  Whether SHE-HULK resonates with non-comic book fans–yes, young female adults–who see her as bold and strong remains to be seen.

I’m not encouraged by what little I’ve seen so far, but I’m open to being convinced.  Powerful women do have their appeal on many levels. Whether their appeal is universal (pun intended) will have a material effect on Disney.  Good luck in shattering that glass ceiling–though a 6 foot 7 inch green-skinned attorney admittedly has a leg up on that.