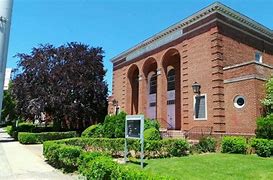 Yesterday this fledgling enterprise got a shout-out from a much more established resource for entertainment and media news and information.  The Programming Insider’s Marc Berman was respectful enough to include my recent observations about celebrity reality bookings in his daily newsletter, with a link to this site.  If you have discovered this effort from that, welcome to my world.

Actually, it’s our world.  A world that dates back six decades, three thousand miles and includes a nanny and some damn good kosher chicken,

I first met Berman in, of all places, the Jewish Center of Kew Gardens Hills more than 50 years ago. Kew Gardens Hills is a neighborhood within the larger purviews of Flushing and Queens that these days has neither many gardens nor hills.  When my deportment warranted a transfer from one Hebrew school class to another, I was squeezed into an overcrowded musty classroom mid-winter whose seating chart was not assigned by height.   I wasn’t very happy about the transfer and made no effort to hide my disdain for this class’ teacher, a cherubic but dull middle-aged man who was far less entertaining than the attractive Sabra who taught the one I was transferred out of.  At the time, I was roughly 5 foot squared.  Marc was taller and hid me from Mr. Nelson’s gaze.  I was grateful.  He was friendly and understanding, two qualities that weren’t widely held by a lot of other pre-pubescent Bar Mitzvah candidates.

Our paths then diverged; I relocated to the West Coast; Marc stayed in New York.  While I worked on selling A CURRENT AFFAIR for Rupert Murdoch and Fox, Marc was tasked with trying to sell an ill-fated concept called USA TODAY: The Television Series to many of the same target stations.

I previously have written about the challenges faced with trying to sell what many traditional companies whose roots were in newspaper publishing to embrace the style and substance of what they mocked as the video version of the New York Post.  With the likes of USA TODAY owner Gannett and the legendary Grant Tinker, the one-time president of NBC and bed companion of Mary Tyler Moore behind them, USA TODAY: THE TELEVISION SERIES was aggressively sold to perceptually stronger stations including the CBS owned-and-operated TV stations.  The pundits that recommended syndicated TV series to its clients warmly embraced and recommended the “advertiser-friendly” environment that USATTV promised, and loved the liberal free swag that GTG, the joint venture between Gannett and Tinker, provided them.

Marc and I reconnected at some of the conventions with Numb Nuts Nights and were friendversaries.  We’d joke about our respective horses’ chances at success and would always punctuate our conversations with a debate about a popular kosher chicken takeout place we would often see each out at on Sunday mornings.  Mauzone’s was a small neighborhood joint that would always have the delicious aroma of chicken fat permeate the morning air; on cold dark winter mornings the glow of the heat lamps was like a beacon of hope.  Lines would form very early on such mornings for the earliest birds an hour or so before it would open; typically the Bar Mitzvah candidates like Marc and myself would be assigned the task of waiting in the cold for our families’ respectful Sunday meals.  Marc often got there first.  He had first pick of the biggest and juiciest chickens. 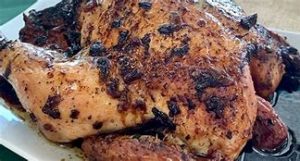 The great debate was always “rotisserie or fried”?  There was no wrong answer; both were delicious.  But every time I’d see Marc we’d always debate about which was better.  Along with which of shows were better.  He’d frequently shrug and say “They’re like the chickens.  Whatever”.  I recall we made a side bet about which would open to a higher rating; the winner getting a chicken of our choice.  At least I think we did.  It’s been more than 30 years.  Whatever.

USA TODAY: THE TELEVISION SERIES was an unmitigated flop.  I earned a promotion to the buying side; Marc’s company was doomed.  He moved the recommendation side of the industry, becoming one of the pundits that embraced his former employer so erroneously.  Unlike many others at the time, Marc was brutally honest about a show’s prospects and would cite solid data for the basis of his opinions.  Marc and I share a love for honest feedback, often neither desired nor encouraged by many thinner-skinned executives.  Eventually Marc’s honesty outlived its welcome with one employer.  Marc seized upon the opportunity of necessity to start a business.  After all, with a growing family and a mortgage, you gotta do what you gotta do to eat.  Chicken was going up in price at the time.

Marc’s been publishing THE PROGRAMMING INSIDER for a long time.

It’s one of the best resources for breaking news about television ratings, premieres and celebrity birthdays.  Marc still eagerly supplies “fast national” overnight ratings on broadcast network shows as soon as they are available, ever acknowledging that such information is frequently of diminishing value in today’s complex ecosystem.  He and his “Son of the Bronx” colleague Douglas Pucci provide podcasts, interviews and guest lectures to the world that still cares about results.  He tweets more than an apiary.  He’s unapologetic about his love for BIG BROTHER, the obscure game show GREED, CAGNEY AND LACEY and THE NANNY, among other things,

Ah, THE NANNY.  No matter how successful either Marc or I can be no Kew Gardens Hills ex-pat will be as influential in our industry as Fran Drescher, Marc’s one-time classmate at dear old P.S. 165. 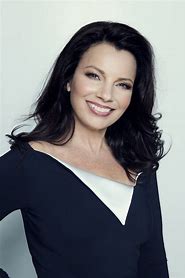 Fran introduced the comedy industry to the joy of Flushing.  Let’s be honest (Marc’s signatory phrase, BTW), THE NANNY theme song is catchier referring to a bridal shop in Flushing, Queens rather than KGH; “crushing scenes” is a catchier rhyme.  Marc would passionately tell anyone within listening distance about how Fran was the hot loudmouth who worked the ticket booth at the Main Street theatre just before she got discovered for SATURDAY NIGHT FEVER. So when THE NANNY was put up for sale it was inevitable that we’d both stand in line for a photo op with Fran at a convention, Marc assured me he had “clout” with Fran. and would ensure she’d autograph my picture.

When our turn came Fran recognized Marc and embraced him, her signature cackle scaring off the Columbia executives who tried to hurry us along.  Eventually he introduced me as a fellow KGH-er.  She looked at me quizzically and said “I don’t recognize you”.  I explained I went to the nearby public school 164 (no, New York City public schools aren’t numbered consecutively; it just worked out that way”.  She brightened and said “Eye went to One Sixty Fahve; My Husband Petah Went To One Sixty Fawh!  PETAH!!!!!”.   From the wings NANNY co-producer Peter Marc Jacobson, who later left Fran for a male lover that was the inspiration for her far less successful later sitcom HAPPILY DIVORCED, came from the wings and gave me a hug.  We broke into the alma mater song of our public school.  After fifteen frustrating minutes of delaying a line of other station managers eager for their picture the Columbia team finally shooed us off.

I never got the autographed picture.

During my waning days at Sony Fran returned to the studio as a co-star in the short-lived NBC sitcom INDEBTED.  By this point Fran knew me and was introducing me to her co-stars.  Steven Weber played her husband; I was a longtime fan of Steven’s going back to his days on WINGS.  Turns out Steven also grew up in Queens, in a neighborhood called Briarwood a bus ride away from Kew Gardens Hills. 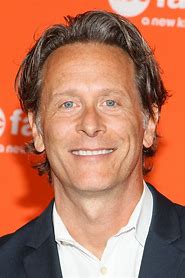 Steven could not have been nicer.  We spent a half-hour in the parking garage after a particularly grueling taping debating Mauzone’s chickens.  It’s a natural icebreaker I guess.   Marc and I texted like schoolgirls after my discovery that Weber was one of “us” too.

Marc’s success has been my inspiration in this chapter of my career.  I value his shared respect of our skill sets, passions and honesty.  I envy the support and joy he gets from his amazing wife Jodi (he’ll be quick to tell you her maiden name was Berman as well) and he’ll brag about his kids.  If you’re looking for a condo in the 516, he’ll get you a deal on that as well.  When I looked to find my niche, I decided that the breaking news/opinion niche was well served already between PI and Cynopsis.  I try to connect the dots with my own personal journey and passions with media being the spine of the book.  While I believe I offer an equally honest interpretation and framing of complex data to what is at times a skeptical and frustratingly disinterested world, Marc is far more detail-oriented and a valuable resource for observers and fans to rely upon.

So for the handful of you who have yet to find Marc’s daily vision, I encourage you to make his site a daily habit (link below).  And for those of you who have just discovered Leblanguage, I encourage you to navigate the site to see what else I’ve written, who else has been in my soap opera of a third act and, for God’s sake, recommend me to someone who might want to give me a penny or three for my thoughts.

And Marc, I think you still owe me a chicken.   These days, my diet won’t handle fried.  But I’ll gladly take rotisserie, skin removed.  Send the bill to Fran.  She can affawhd it.

2 thoughts on “Say Hello To My “Big Brother””