If I had a nickel for every e-mail, social media post or news story I’ve encountered in the last 48 hours from sobbing, angry, frustrated people who claim their lives are absolutely devastated by the Supreme Court reversal of Roe v. Wade, I might be in a better position to actually contribute money to their efforts.   From funding travel for those seeking legal, safe abortions in the states that will still allow such when the dust settles, to funding the printing of signs at rallies around the country that have begun to proliferate in the immediate aftermath, it seems that as a cis, white male with no children I’m the absolute perfect target for blind support of a cause that, candidly, doesn’t have the slightest bit of personal relevance to me. 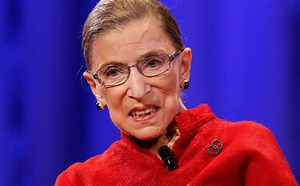 The sheer volume of finger-pointing, blaming and angst that has accompanied these cries for help is both overwhelming and off-putting,  The entitlement that underlies it in some cases is disgusting.   But when I saw a National Review piece by Jim Geraghty this morning that actually attempts to lay blame at Ruth Bader Ginsburg’s refusal to retire in 2013 as the reason “my body, my choice” is no longer the law of the land, I finally reached MY breaking point.

Now, I’m gonna preface this with if you happen to fit ALL of the criteria that I’m about to meticulously lay out that has you truly,definitely, in a justified state of anguish about your specific life situation, you indeed have my support and sympathy.  But if you DON’T–well, then I’ll hit you back just as you continue to hit me back for why my life is in such disrepair.  WE made choices–or didn’t–and if I have to take accountability for my actions, so do you.

First of all–if you or someone very close to you is not personally faced with the immediate necessity of an abortion, you may want to rethink exactly how much your despair is warranted.  Empathy is wonderful so long as it’s sincere.  I kinda wish you’d offer some to me, too.

Secondly–if you or said loved one in need of an abortion was not a victim of personal violation by a stranger or a depraved relative, then perhaps your undesired pregnancy just possibly could be a result of your inability to demand one of these for your lover of the moment? 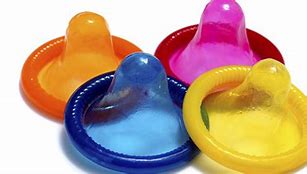 Thirdly–for anyone who thinks a man can’t possibly know the feelings coursing through your souls because we can’t get pregnant–well, that’s true.   But I DO know what it’s like to be VIOLATED.  Physically, via anal rape at the hands of six psych ward orderlies who shoved a Darvan needle forcefully inside my rectum despite my insistence my psychiatrist specifically said that medication was off limits to me.  Emotionally, because of the circumstances that had me in that position in the first place.  Yes, yes, yes, I fell so deeply in love with an incredibly special person that I was willing to not put up a fight for my own legally assured freedom in the pious belief that if I showed this person I cared enough to help myself they might, just might still be in my life.  Obviously, in hindsight I was wrong.  But I at least take accountability for my stupidity.  If at any point you had a relationship and trust with the person you’re accusing of violation, do you have the fortitude for similar accountability?  That person screwed you over, literally, as my choice did mine.  Unfortunate and tragic, but not something we didn’t have a role in the chain of events that produced the final results.  So, please, spare me the self-serving bullsh-t about not being capable of knowing your pain.  Thank G-d you don’t know MINE.

Fourthly–if you’re actually going to blame those in charge of our country for this situation–if you voted at all in the 2020 elections, you–I mean, we–likely made bad choices.  Obviously, anyone voting for Trump championed the person who through hook and/or crook pushed through the nominations of the conservative judges that tipped the scales.  Anyone who voted for Biden et al and the system of feckless complicity that is being attempted as justified protest chose weak, ill-advised and disingenuous masters whose thoughts and prayers go about as far with those in need as theirs will go with my landlord later next week. 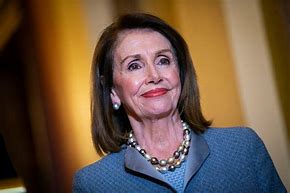 Nancy Pelosi offered a POEM to comfort those who were set to take to the streets this weekend, just as she was beginning to grapple with her husband’s DUI charges.  Sure. That’s what we all need.

Finally–if this is what it took for you to finally, finally get off your couch, leave your fortress of solitude, get out in the streets and scream through your needless face diaper or pig snout KN95, well, bully for you.  Perhaps if you had done something besides bake banana bread and pedal your Peloton while those who fought so regimently and with far more tenacity and precision for their cause than you ever previously showed interest in yours things could be a tad diferent now.  When objective journalists–few and far between, to be sure–rightly point out that the overturning of this law has been a burning desire for two generations that systemically was being attacked like a termite to wood until the final bite that toppled the house took place last week, rather than simply whine and cry it might be a smart idea to study their playbook. 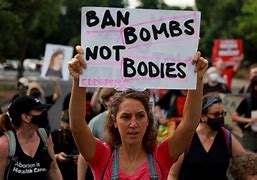 Gee, that’s mature thinking.  Just like the thinking I employed when I leant people money in the hopes of looking good to their beautiful friends.  Guess what?  I’ve seen a fraction of what I “leant” and, in one case, that person’s beautiful friend still won’t even acknowledge I’m alive.  So perhaps you might want to think about something a tad less mature?  By no means I am saying bomb Clarence and Ginny’s house.  But maybe if you engineered a water main leak so they’d be inconvenienced for a spell?  Maybe stay angry long and loud enough–maybe send up some flares and light some cherry bombs?  Hey, the Fourth is coming.  You can always say you were celebrating.

I don’t disagree it’s unhealthy and counterproductive for ne to be this angry.  Anger of this magnitude usually doesn’t prove to be effective.  I’ll offer the same unsolicited advice to you.  You may want to think of some better ways to channel and message it.  That’s what I do for a living when I’m given the chance to earn it.  Maybe you could find a few of those bucks you’re soliciting from me you could, instead, choose to hire me to WORK WITH you to help you do a better job at reaching the people you need to reach with your messaging?

I have a dream, too, you know.  Clearly, one extremely strong dream of mine will likely never come true.  I’m still capable of hoping the one I just put out into a pink bubble will.  And I’ll accept accountability for whatever does happen as a result.