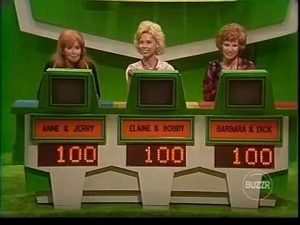 ABOUT LAST NIGHT recently premiered on HBO Max, yet another deliciously addictive reality half-hour where an entire season can be binged in one evening.  Hosted by Ayesha Curry and her NBA superstar hubby Steph, the show features three celebrity couples attempting to match answers to intimate questions about their relationships and, in the end game, how their compatibility stands up to the Currys themselves.  The reward is as much for $25,000 for their charity, and, of course, bragging rights.

It is a thoroughly enjoyable show, with a hint of kink and wink amidst its otherwise cool vibe surrounding.  The series was taped at a lounge in Hollywood that was supposed to be similar to the Curry’s living room, assuming their living room just happens to have a full bar in the middle of it.  Steph typically acts as the bartender and scorekeeper and Ayesha the questioner.  While one member of each couple is wearing headphones, the other answers the question posed by Ayesha, then the headphones come off and the hilarity, such as it is, ensues.

If some of those details sound familiar if you’ve ever spent any time with classic game shows, you’re not mistaken.  ABOUT LAST NIGHT is the mutated end result of a nearly 40-year quest to revive a Goodson-Todman game show of the 70s and 80s, TATTLETALES.  That show also featured three celebrity couples attempting to match answers to questions, many involving their views on mores of the time, most of them tamer than the ones being asked on ALN.  Instead of a cool Hollywood club, the setting was a noisy studio at Television City where the audience was divided into rooting sections where the money being won by the couples was divided equally among them.  Free tickets for tapings eagerly advertised “Studio Audience Wins All The Money!!”. A check-writing machine similar to those you’d see in a bank handed out the winnings to the frenzied mob.  With 100 people per section, even those that supported winning couples wouldn’t win more than $12-$14 per person; if you sat behind runners up, you could walk away with a check for about a quarter.  Many of those $.25 checks never got cashed.  But if you did win….well, you could have a feast at the Jack in the Box down the street!!!

So here’s our big question:  Is ABOUT LAST NIGHT indeed a revival of TATTLETALES?  Or something else? 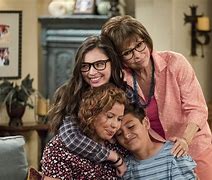 As streaming services proliferate, they are drawing from their intellectual properties to develop new versions of familiar titles in their inventory.  There are a myriad of practical business reasons for doing that.  For one, it is easier to promote a title with some degree of pre-existing equity than a brand new one, which marketing executives see as crucial to even getting on people’s radars.  For another, the original series gets the opportunity to be showcased as a promotional platform for the new version, which can reignite a revenue stream against an otherwise dormant property.  Finally, such strategy gives younger generations an access point to consider sampling O.G. titles that perhaps their parents enjoyed, and ways for those who made the originals decades earlier to reignite their own earnings potential even if the industry may no longer seek them out as resources for new ideas. 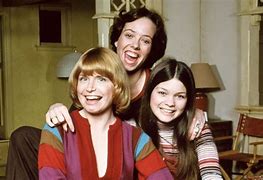 In a world where owned IP is effectively a robust think tank, how it is resurrected is often a heated debate.  At Sony, two different sitcoms with titles familiar to baby boomers were running on non-linear television in 2019.  The more successful of the two, Netflix’s ONE DAY AT A TIME, was what we determined to be a reimagining.  The title, theme song (albeit performed in a far livelier way by Gloria Estefan) and some of the character names were common to the original version, as was its ageless executive producer Norman Lear.However, the Netflix version centered around the Cuban-American Alvarez family of Los Angeles as opposed to the Romano-Cooper family of Indianapolis.  In contrast, MAD ABOUT YOU revisited the lives of Paul and Jamie Buchman twenty years after we last saw them, with the original stars intact.  We determined the 2019 MAD ABOUT YOU to be a reboot.

Sony was hardly unique.  The playbook of other streamers, let alone broadcast networks, was similar.  At Warner Brothers, FULLER HOUSE, a reboot of FULL HOUSE, ran five successful seasons.  At Peacock, a reimagined dramatic version of THE FRESH PRINCE OF BEL-AIR, BEL AIR, just debuted. Last year, the same company attempted to reboot both SAVED BY THE BELL and PUNKY BREWSTER–didn’t fare that well.  NBC has just brought back the original LAW AND ORDER, completing a 12-year quixotic quest of Dick Wolf to get a 21st season out of his personal mothership.  DIsney’s 20th Century TV is reviving LA LAW, a title they purchased from FOX, with original cast member and ageless hunk Blair Underwood now the head of the firm.  And so it goes.

It gets even more complicated in other genres.  Take the ABC primetime game shows THE $100,000 PYRAMID and TO TELL THE TRUTH, both of which were produced as daily series decades ago.  They are both, technically, revivals.  PYRAMID uses most of the original series’ rules, music, format and prize structure.  TO TELL THE TRUTH has devolved from the staid panel show of the 50s and 60s where imposters attempting to stump four regulars to split nominal prize money into a comedy-driven tour de force for Anthony Anderson and his mother where three random celebrities are the competitors vying for, yes, bragging rights to see which of those imposters they can identify as the real “so and so”.  Both debuted in 2016, and both will still be on ABC in prime time in 2022.  Is there a definitely path to successful repurposing of IP?  Clearly not. 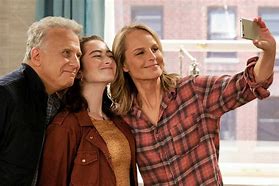 So it’s probably equally as valid to consider ABOUT LAST NIGHT a reimagining of TATTLETALES as it is to consider a brand-new show.  Fremantle owns the rights to both and can monetize each.  And consider this:  TATTLETALES was itself a revival of a shorter-lived Goodson-Todman game show of a few years earlier, HE SAID, SHE SAID.  And that was an evolved attempt to revive a failed network pilot called IT HAD TO BE YOU.  And if you really want to split hairs, that show was ordered to pilot soon after the debut of THE NEWLYWED GAME, which a competitor of G-T owned.   Were the G-T shows effectively the CELEBRITY NEWLYWED GAME?  Arguably.  Could or should Sony be pitching a CELEBRITY NEWLYWED GAME with, oh let’s say, Gabrielle Union and Dwayne Wade as co-hosts?  Arguably.   Reboot, reimagining or revival, it’s a way to make money from an asset already in your arsenal.  No corporate executive would consider that approach as unwarranted.  As demand continues in content wars, we will likely see all three strategies, and with titles even more obscure than TATTLETALES. 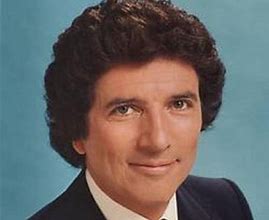 And if the ironies in this debate weren’t enough ponder this:  TATTLETALES host Bert Convy was once a professional athlete as well.He played two seasons in the Philadelphia Phillies’ farm system before becoming an actor.  He wasn’t quite as successful as Steph Curry, and Bert’s 3-point shot was likely not that good.  On the other hand, I’d love to see Ayesha try to hit a knuckleball.