Next week the 2022-23 broadcast networks, otherwise known as the downstream feeders of corporate multiplatform media companies, will release their new schedules, which means this week news of cancellations and renewals are breaking with the frequency and fervor of free agent signings in sports.

This coming year will actually be historic, yet again not necessarily in a positive way.  CBS, the network that was a destination for comedy from suppliers from the days of Desi Arnaz, continuing through Norman Lear and sustaining through Chuck Lorre,will debut not a single new half-hour comedy next fall, and cancelled two Lorre comedies, B POSITIVE and THE UNITED STATES OF AL, among the series that were buried yesterday.  They only retained four (to be sure, two, YOUNG SHELDON and BOB LOVES ABISHOLA are from Lorre and Warner Brothers), and it is possible that for the first time in its history they will not aven attempt a two-hour block of comedies on any one night.

If you’re a creative executive with ties to comedies, specifically a writer, producer or actor, this can’t be a good Friday the Thirteenth for you.  CBS was perhaps the exception to a rule that was becoming increasingly prevalent across the media landscape.  FOX has all but exited the half-hour live-action comedy business, with only Mayim Bialik’s CALL ME KAT a potential bubble renewal.  The CW hasn’t been in the scripted half-hour business since they were the WB.  And even ABC, which took over the leadership role in comedies from CBS with the Garry Marshall and Miller-Milkis factories of the 70s and 80s, did not order a new comedy for ’22-’23 either.  (in fact, as of this writing, ABC has ordered only one new series for fall. )

If you’re a business affairs executive, you can easily and soberly tick off the myriad business realities for why this well is drying up.  It is exceptionally difficult for new programs of any kind to be launched into an overcrowded ecosystem with seven major streaming services, dozens of minor ones, and a still formidable array of cable networks to compete for attention.  Half-hour comedies tend to have smaller time-shifted and multiplatform viewing spikes.  American humor tends to travel poorly, meaning international sales opportunities are modest at best.

And there is virtually no demand from the domestic back-end market any more, as major station groups with diminishing budgets are increasingly opting for lower-cost news and unscripted originals versus gambling on their ability to successfully launch off-network comedies whose track records are far more modest than the franchises of decades earlier that they would feverishly outbid each other on.  Even the value of these titles to their in-house streamers are depressed.  As SVODs and AVODs monetize based upon metrics such as minutes viewed, shows half as long have fewer potential minutes to be viewed.  The economics of Peacock won’t be made or broken significantly by the newly available but critically acclaimed MR. MAYOR.

At least NBC is still actively launching, renewing and ordering half-hour comedies.  In fact, they will debut two new ones this coming fall to join the three they are renewing.  But don’t look for innovation.  The two “newbies” are a reboot of 80s staple NIGHT COURT, returning John Larroquette to his Dan Fielding role now working with Judge Stone’s daughter, and a new George Lopez comedy featuring him and his daughter Mayan.  LOPEZ VERSUS LOPEZ will resurrect the concept of George as hackneyed Latino family patriarch that was somewhat successful for ABC from 2002-2007 and was an unexpected hit for Nick at Nite and TV Land in reruns.  As COLLIDER enthusiastically reported yesterday, this marks Lopez’ return to broadcast television after 13 years after his original show was “unceremoniously axed due to budgetary restraints”.  Conveniently, the facts that Lopez failed three times with original cable network sitcoms, not to mention a late-night variety show, since said show was dropped after shedding nearly 40 percent of its audience in an era where such declines weren’t common somehow failed to be brought up. 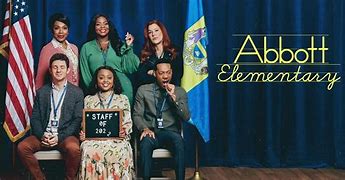 But at least Lopez and NBC are still trying.  And ABC isn’t completely out of the game either. ABBOTT ELEMENTARY, as we previously wrote, was a breakthrough hit for them this winter, actually building fourfold on the initial audience of its well-reviewed premiere episode (nested after the Norman Lear-produced Christmas special resurrecting scripts from DIFF’RENT STROKES and THE FACTS OF LIFE) with time-shifted and multiplatform viewing occurring during the holidays.  Audience levels for the remaining originals were competitive, and its critical acclaim grew.    I make no apologies about being a fan despite being clearly not in the target demo, and I will contend that it should serve as a reminder to executives that it is still possible to make a funny show that large audiences will discover and like and even watch on their own timetables.

I’ve also been around long enough to remember when comedy was previously proclaimed to be dead.  In the early 80s prime time soap operas such as DALLAS and DYNASTY were the highest-rated series, franchises such as M*A*S*H and the remnants of ALL IN THE FAMILY were ending and networks were seeing diminishing returns from mediocre efforts such as HARPER VALLEY PTA.  Stations who still depended upon comedies for their fortunes panicked and immediately began to plan to produce original half-hour comedies of their own.   (I was involved with one of the more prominent efforts to this end, SMALL WONDER, but that’s a story worthy of its own dedicated remembrance sometime down the road).  At roughly the same time that the pundits declared the genre dead, along came Cliff Huxtable (the fictional Bill Cosby is at least capable of being discussed), NBC started doing 20-plus ratings at 8 PM on Thursday, and all of a sudden comedy was back.

So even though it’s arguably a black Eye day for CBS, I’d at least suggest that it might be worth reminding frantic executives that if they would only come up with something and someone funny that your door might be still open.  And give them this much credit–at least they didn’t kick the tires on George Lopez.

2 thoughts on “Nothing Funny About This”