As the new year starts and the Warner Discovery merger moves toward completion current “business daddy” (God, I love John Oliver!) AT&T released some information yesterday touting how successful HBO was in 2021.   For a service that already boasts the brilliance of such series as SUCCESSION, CURB YOUR ENTHUSIASM and yes, LAST WEEK WITH JOHN OLIVER,  not to mention simultaneous windows of theatrically released movies like DUNE, KING RICHARD and the newest installment of THE MATRIX, the rosy picture presented at a Citi investor conference yesterday may have been its greatest creative achievement of the past 12 months.

As Yahoo! News reports, HBO did indeed exceed both its previous quarter’s numbers and its own earlier projections by topping 2021 off with 73.8 million global subscribers, admittedly well below the global subscriber counts of Disney (118 million) and Netflix (214 million) as reported by the Los Angeles Times.  Buoyed by a higher initial monthly subscription price, the Yahoo! story also noted that as of 3Q21 the average subscriber paid $11.82 per month for the ability to potentially watch these services.

But if someone is trying to align any of these impressive stats with actual popularity, one would be sadly mistaken.  What these figures represent are as positive a spin on the business aspects of an entity that includes a 50-year old pay television monolith that still has significant carriage in tens of millions of homes, as well as the more nascent HBO Max 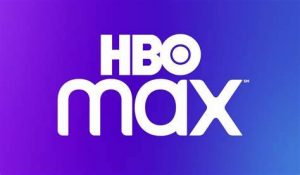 service that was rolled out during 2021 in many of those homes at deeply discounted prices or free trialsAnd as previously noted, a subscription model relies most prominently on getting someone to avoid taking the step to stop paying after a free trial expires.

There is some third party data that is available that gives some more objective context.  As Variety! reported, approximately two-thirds of those global subscriptions are domestic.  Those domestic accounts include households “with access” to HBO and HBO Max.  In the old school metrics of cable we used to call these “homes passed”.  Think of it like providing a bypass road to get to a destination without necessarily seeing any traffic on it.  It’s possible some of these homes passed chose to subscribe and/or watch; we just don’t know that for sure. 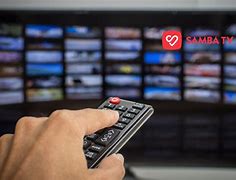 one of the insurgent measurment companies that is challenging both the timing and accuracy of Nielsen, we have some data on how successful at least the “opening weekend” strategies of several  of the Warner Brothers PVOD titles that were released on HBO Max were.  (As a caveat, the Samba data reflects “projected viewership figures based on data collected through opted-in smart TVs and through partnerships with cable TV providers”.  In other words, they’re measuring those who are OK with being measured).

The three most-viewed titles in 2021 were MORTAL KOMBAT, GODZILLA VS. KONG  and THE MATRIX: RESURRECTIONS. 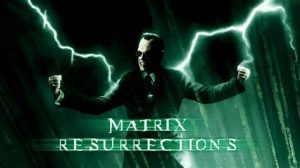 The first two debuted during 2Q21, when theatres in most major U.S. cities were still largely closed; the latter released during Christmas week as Omicron began to take root and as severe weather derailed many potential theatre-goers from venturing out even if virus anxiety didn’t otherwise deter them.  None of these titles reached more than 10% of domestic subscribing households.  On the other hand, when was the last time anything on linear television reached a 10 rating, even with delayed viewing?

With the onslaught of buzzy new series like …AND JUST LIKE THAT , the HARRY POTTER 20th anniversary reunions and the aforementioned PVOD releases, HBO has done its part to be as zeitgeisty as possible to encourage people to at least keep the gate open for the possibility of watching, a category I admit I fall into.

I’m actually quite bullish on the potential of HBO Max going forward.  David Zaslav is a proven winner, the likelihood of infusing more sports into the portfolio is strong and the encouraging performances of new and resurrected series and movie franchises point strongly toward compelling reasons to continue to subscribe. Despite current plans to carve out a 45-day window of theatrical exclusivity for theatrical releases in 2022 it is overwhelmingly clear that current conditions will likely pivot those plans for at least some titles.  There’s at least enough meat on this bone to have some faith that the groundwork Jason Kilar laid will continue to bear fruit.  But it is important to put the current data points in the context of relative, not empirical success.  The definition of success is as fluid as the pursuit of it.