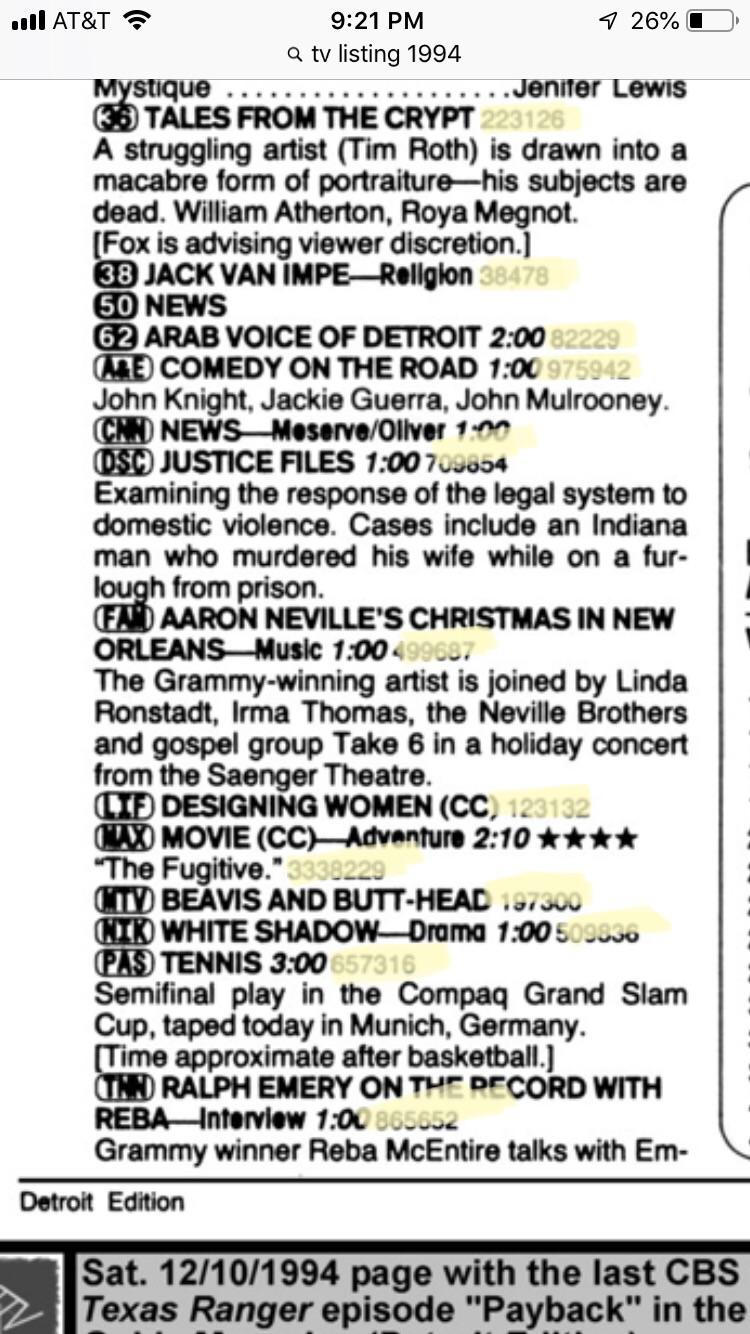 I was all set to devote some space today to the rapidly dwindling concept of a traditional broadcast network pilot season.  All but eliminated in 2020 by the pandemic, it has returned to some extent this year, albeit in a much smaller and frequently anticlimactic form due to the evolving nature of synergistic corporate alliances and multiplatform utility and timetables.  But to be sure, there are some still some pilots being produced and still some decisions to be made this month heading into upfront presentations.

Pilot season for primetime TV isn’t quite dead yet.  But this morning as I scanned the digital iterations of two physical papers I still love to read I learned that the grids that fans like myself have used to navigate then are ceasing to exist effective immediately.  For me personally, that’s a monumental signpost as to why the media landscape has inexorably changed.

TV listings grids became popular in the 1980s as cable networks launched and a typical linear TV listings page became several pages, especially in tabloids.  USA Today pioneered this practice, itself an evolution from the grids on the walls of TV network schedulers, many of whom employed several staff members to maintain and regularly update the label makers on the magnetic ingots they’d deploy like a commander in chief setting a plan of attack for an air strike.   Having the landscape of prime time and late night laid out on one page, networks down the side, time slots across the top, was an intuitively simpler way to chart out a viewing night.

As time-shifted viewing altered the practice of watching shows in real time and as a second wave of new cable networks launched in the 90s, grids became even more complicated and larger.  Entire Sunday newspaper insert magazines were dedicated to a week’s worth of grids.  The addition of VCR Plus numerical codes to aid people in setting their recorders to accurately record their shows made listings entries more abbreviated and ambiguous.  TV Guide, long the ultimate Gideon bible companion on the top of portables and consoles everywhere, began to resemble the Bible itself in girth and annotation.

Well as of this morning USA Today will no longer produce those grids in their newspaper, nor will the Los Angeles Times supply theirs as a PDF on their digital downloads.    The Times shifted their grid to online-only at the outset of the pandemic, claiming they needed the space in their Calendar section to devote to actual news coverage.  At the time, they vowed to return things to normal once the pandemic ended.  Well, if you’re a regular reader here, you know that whole “endemic, not a pandemic, and not likely to ever end” soliloquy all too well.   The pandemic’s gonna be around, but listings grids won’t.

And, of course, many others have moved on long ago from this outdated source of information.  The reality is that the majority of people who choose to consume media on any given night elect options outside of in-the-moment transmissions of networks.  We watch stuff we recorded earlier or immediately navigate to one of the many streaming services and engage in a death scroll of options before landing on something that catches our eye that was algorhythmically set to impact our decision based upon our browser history.

And as the act of watching television continues to move toward a personalized set of choices that now present a virtually limitless number of options to an end user, the idea of any one source being able to capture the spectrum of those choices publicly has, sadly, become downright impossible and increasingly not even being sought out.  If we truly need to know what’s on, we can always hit a button on our remotes to come up with a grid view for options in that moment.  Oft times, those time slots and program descriptions changed between the time of publishing and the time of transmission.

So this morning I’ll have even more time to devoting to productive behavior rather than the ritualistic practice of annotating a grid to mnemonically memorialize network and time slot locations to be better able to rattle them off in meetings with executives or troubleshoot analyses my staffs would prepare that would often mislabel shows or networks’ days and times.  When I was in a position to actually have meetings, and back in the day when companies actually held them, this was a valuable skill set to have.  Now, definitely no longer the case.

I’ve already seen the demise of agate box scores in the New York Times sports section.  Now the grids are going away.  In some cities, the actual newspapers have stopped publishing several days a week.   I would not be at all surprised to see many more cease physical publishing in the next few years.  The rumors about USA Today’s imminent demise continue to perpetuate.  An overwhelming majority of convenience stores no longer carry it, nor is it as ubiquitous in hotel lobbies as it once was.

For the moment, USA TODAY is still being published, and they still have some standings and certain entries like college baseball and

softball poll results.  I still cover my morning ritual of coffee and poring over stats to commit the information to memory.

But the alerts I got this morning remind me that’s likely not to be the case much longer.

Nice knowing you, grids.  Say high to the box scores up in print heaven.