It’s a new year, which used to mean that the tech world and fascinated consumers would flock to Las Vegas for the Consumer Electronics Show.  For years this event announced the kickoff to a year of progress, partnerships and eventual campaigns to urge consumers to adopt the latest gadget, trend or status symbol, and many thousands eagerly gathered in Sin City to see what all the hubbub was about.

But for the past couple of years, COVID-19 all but made things virtual, which although expanding the availability of information, all but destroyed the real meaning and opportunities of conventions like these.    Despite a last-minute surge from the XBB variant which typically news organizations devote 10-15 minutes per day of impassioned pleas from healthcare professionals to be wary of, mask up and, above all, avoid indoor gatherings like this, fortunately, smarter, saner and frankly people even more sick of this nonsense are putting in context and making the trip nonethless (hopefully, not via Southwest Airlines). While it won’t reach the heyday of a decade ago, this year’s show will have exhibitors, the international press, and attendee numbers that look a lot more like the pre-pandemic tech industry. There will also be lots of aspects of the show that will be live-streamed to a global audience — a welcome remnant from the pandemic-dominated shows of the past two years.

This year’s 2023 version will look a lot more like the flashy CES you’ve seen in countless news reports and internet videos over the past couple (of) decades.

And it couldn’t come a moment too soon.

Because once again, Some of the hotter emerging topics that will get more attention and focus, which over the holidays took much of the doomscroll and download crowd by storm, involves a replacement theory far more conspiratorial than any amplified by any political faction.  If you downloaded or played with Lensa or Chat GPT apps, you’ll know what I’m referencing.  And plenty of companies are ready to pounce on what they perceive as people’s insatiable appeitites to hide behind artifical technology to create avatars and communications that mask people’s actual qualities far more than any worthless face diaper ever could. Chat GPT has gained particular traction, but as Stephen Shankland of CNET warned, in doing so, it has sounded alarms for those of us who actually still possess the desire and skill sets to compose our own words:

ChatGPT is an AI chatbot system that OpenAI released in November to show off and test what a very large, powerful AI system can accomplish. You can ask it countless questions and often will get an answer that’s useful.

For example, you can ask it encyclopedia questions like, “Explaining Newton’s laws of motion.” You can tell it, “Write me a poem,” and when it does, say, “Now make it more exciting.” You ask it to write a computer program that’ll show you all the different ways you can arrange the letters of a word.

Here’s the catch: ChatGPT doesn’t exactly know anything. It’s an AI that’s trained to recognize patterns in vast swaths of text harvested from the internet, then further trained with human assistance to deliver more useful, better dialog. The answers you get may sound plausible and even authoritative, but they might well be entirely wrong, as OpenAI warns.

I guess that puts it ahead of most overseas customer service representatives in terms of core compentencies.  But it should not ever be considered as a viable replacement for human minds and thought.

Nor should a virtual conference ever be considered a more desirable experience than attending something in person, so long as one has the funds or a sponsor willing to foot the bill.  Because while the topics are interesting and the conversation likely to be spirited, what and who one sees at a conference like CES is the real driver behind business as usual.

Nick Pino of Tom’s Guide is excited about the massive TVs that are likely to be unveiled: 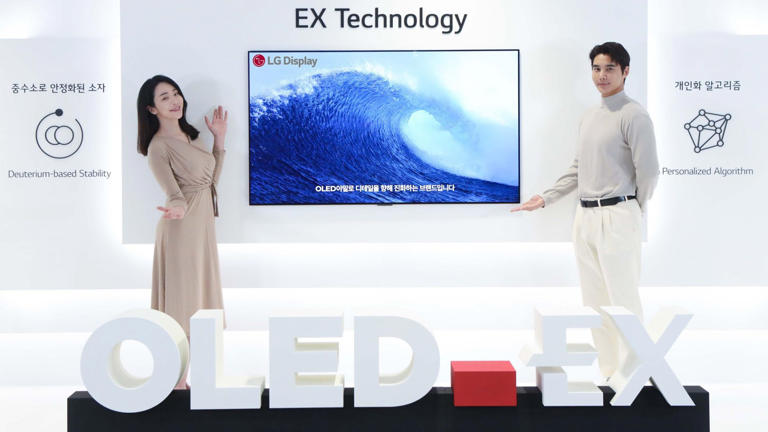 We aren’t a betting website but, if we were, we’d put our money on there being new LG OLED TVs at CES. Given that LG has announced new OLED TVs at CES for the better part of a decade, it would surprise no one if the South Korean company came out with new models at this year’s big electronics event. Following the LG C2 OLED and LG G2 OLED that came out this year and the naming convention LG’s used for the last few years, we’ll likely be seeing the LG C3 OLED and LG G3 OLED as well as a potential sequel to the higher-end LG Z2 OLED.

And veteran tech blogger Shelly Palmer is already en route to Vegas a few days early.  As he enthusiastically wrote in his daily briefing today:

Everyone has been asking me what I think the biggest or most important announcements will be at the show. The big announcements are important, but I always look forward to the “that’s interesting” moments at CES. These are the ones that show us how incremental, continuous improvements are likely to change the way we behave. To me, those moments are what makes CES the most important tech show in the world.

And that’s the point.  You never know who or what you might experience that will truly be life-changing unless you’re actually there.  You can’t possibly have the experience from your computer, and you certainly won’t have it if you let the likes of Chat GPT take over your ability to communicate.   And sorry, Lensa, even though you might make me look all the more fetching, I wouldn’t want to disappoint anyone who might thing I actually look like a superhero.

I used to love going to Las Vegas conventions.  NATPE was often held there shortly after the CES, and often learnings at the latter impacted the dialogue and tempo of the former.  If I truly could afford it this year, I’d be there.  If that’s a possibility for you, you truly should take advantage of the opportunity.

And if you really do get bored, consider that another convention, as has often been the case in pre-COVID years, will be taking place simultaneously, as Vegas Unzipped gleefully notes:

Fans attending the convention can meet more than 1,000 adult entertainment industry professionals, browse novelty items, and attend the AVN awards after the event.

This year, the convention celebrates its 25th year, and the award shows that are part of the event will enter their 40th year.

Now would you really want to attend THAT one virtually as well?

Welcome back , my friends, to the Shows that (hopefully) Never End.  And Happy New Year at last.