Lately I’ve been told one of the reasons I’ve encountered such frustration late in life is because I was a relative overachiever and ahead of my time when I was younger.  In an era where working your way through a large company was still the only way someone with my meager background could better himself, I took full advantage of every opportunity to try and be impactful enough to matter.

When I had the brief opportunity to set a path for the TV stations FOX owned, I saw a void in the afternoon where the broadcast networks switched from game shows to soap operas and where the USA network had some relative success with reruns of recently produced game shows as well.   I also knew that game show viewers often watch newscasts–they may not necessarily be the youngest viewers, but they are among the most loyal.  With FOX being taken over by a company called NEWS Corporation, I thought “chee, maybe it wouldn’t be the dumbest strategy to try”. 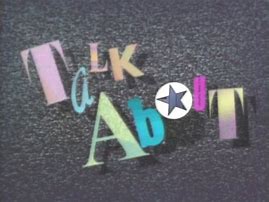 With limited resources and demanding terms, I was able to convince three companies to supply a block of shows–I had envisioned four, but one decided at the 11th hour that they wouldn’t even try and secure the rest of the country, who clearly thought I was out of my mind to try such a strategy.   We launched a revival of the 70s show JACKPOT! (one of my personal all-time favorites), a catchy knockoff of the board game OUTBURST called TALKABOUT, and a light celebrity-driven game from the producer of HOLLYWOOD SQUARES, THE LAST WORD.  As it turned out, the company that chose not to go forward was the shrewdest.  One of the other distributors went bankrupt, and the other two, who relied upon license fees from Canada to supply my demand, lost that support and couldn’t go forward beyond mid-season.

As the shows dropped off one by one, I made an internal pitch that we should take it upon ourselves to fill our OWN needs, marketplace be damned, as we represented a unique combination of larger market size with a focus on news.  We were able to get one producer to take a flyer on us, but the talent connected with that ultimately wound up getting a bigger opportunity from a producer who sued the small company we were in bed with.  That project died, and I was soon unemployed.

So I root with particular glee for Stephen Brown and today’s FOX owned-and-operated stations, who have been able to combine need with commitment and, most importantly, some decent ideas that have achieved reasonably good ratings at the same time the bottom has fallen out on many dayitme talk shows and as other options like off-network reruns have become less readily available. 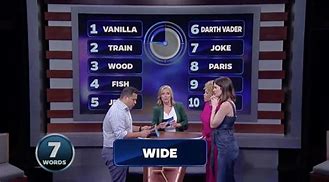 And little by little, they are building a successful block, with a research-driven formula of producing several weeks of test episodes to work out the format and see if there’s any ratings traction while minimizing economic risk.  25 WORDS OR LESS, based on a successful box game, was the first of those efforts, and they will be heading into their fourth full season next month, with enough success for reruns to have found their way to Game Show Network.  PICTIONARY, the third attempt to produce a television show out of the highly successful board game, was last summer’s attempt, and that did well enough to launch a daily version that will start this fall.  (They’ve also revived yet another classic title, YOU BET YOUR LIFE, that has established enough of a beachhead in late night to become the first version of that show to earn a second season renewal since the original Groucho Marx-hosted episodes went off the air). 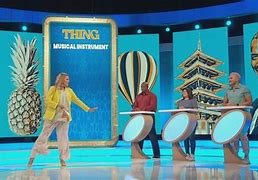 Yesterday, a title not based on pre-existing IP, PERSON, PLACE OR THING, began its four-week trial run.  I’m extra excited because this was in part the brainchild of a former colleague of mine who rose to running the sales staff of two studios and saw the value and opportunity of producing daytime-targeted game shows.  It my be a new title, but it’s clearly inspired by the old parlor game 20 QUESTIONS; one could easily call this SEVERAL QUESTIONS.  Melissa Peterman, an amiable and frequent panelist on today’s game shows, tries again to become an emcee, having twice failed with short-lived summer shows.  FOX has positioned it for success–they’ve placed it in just nine of their most mature markets, mostly as a companion piece to 25 WORDS.  It’s clearly not a prime time candidate; the ubiquitous presence on an on-screen canary that looks like the result of Peterman swabbing some of  her DNA on the Twitter logo is a constant reminder of that.  But it allows for play-along, and it rewards its winners with a Caribbean vacation, and even its losers with lobster and coffee. 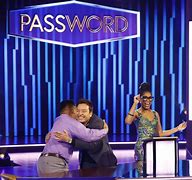 The stakes are higher for tonight’s revival, a long-awaited reboot of the iconic PASSWORD, which NBC will air at 10 PM ET for the next several Tuesdays.  Attempts to add layers and larger prizes to versions produced in the 70s, 80s and 2000s were only modestly successful, none of which ever achieved the success of the original 60s version that made host Allen Ludden an icon and launched the national prominence of his frequent guest and wife, the beloved Betty White.  Credit Jimmy Fallon, unabashed old school worshipper, to resurrect the look, feel and even the jazzy theme of the OG version in numerous TONIGHT SHOW sketches, some of which even had Betty as a still-effective guest well into her 90s.  It’s a bit bittersweet that this version will finally air mere months after her death, but life, as well as good game show formats, go on.

This time, it’s Keke Palmer, not Betsy Palmer, that will be featured and yes, she’s the second female to actually host episodes–Betty did host a special week of “challenge” episodes during the 1970s ABC version while hubby played the game.  Old school fans are already apopletic about this–but then again, many of them have still not gotten used to Drew Carey hosting THE PRICE IS RIGHT, and now he’s hosted the show longer than anyone else except Bob Barker.  So I’d encourage anyone like that to reserve actual judgement before they see an episode, and allow the ratings and renewal process to play out.

NBC has had limited success with their prime time unscripted shows, a fact that cost its former head her job a few weeks ago.  Her successor has her own ideas, but she did come from FOX, which as a network has followed a version of the same strategy and news-compatability that the owned stations have deployed.  We’ll see if PASSWORD warrants her consideration for renewal, and that’s really the only factor that should determine its viability.

But I’ll be watching knowing I may have been just a little too early, and far too undersupported, to have the chances these shows will have this week.  And I’ll probably be smiling as I tune in.