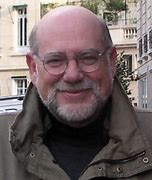 The entertainment world has again lost a brilliant mind with a strong game show connection.  Jay Wolpert may not have been as famous as Betty White, but he was an important part of my life and his story is one that deserves to be heard.

Jay was a self-described nerdy kid from Brooklyn who became one of a handful of winners of the annual Tournament of Champions on the original version of JEOPARDY!.  If he had won that title today, he would have won millions and likely become a celebrity in his own right.  But by winning in 1969 he merely won a few thousand dollars, the Grolier’s Encyclopedia and the bug to head to Hollywood.

Jay would indeed land a gig at Goodson-Todman and was one of the original producers of THE PRICE IS RIGHT.  He quickly developed a reputation for quirky, esoteric and downright elaborate staging of the Showcases of the big prizes at stake in the show’s final act.  Drawing his inspiration from the likes of THE CAROL BURNETT SHOW, he would engage legendary announcer Johnny Olson and the “Barker’s Beauties” models and have them show off their acting chops in over-the-top spoofs of Shakespeare and classic Hollywood movies.

Jay eventually moved on to The Bud Austin Company, where our paths first crossed.  Jay loved casting people like himself–quirky and smart and able to follow complex rules.  Fortunately I filled all those tick marks, and thanks to him and his cult classic WHEW! I became one of the last solo contestants to hit him and CBS up for what was at the time the maximum cash prize–$25,000–in the fall of 1979. 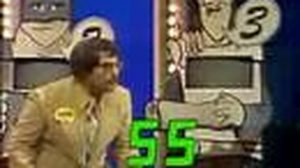 I later learned that Jay and one of his staffers lovingly nicknamed me “The Mushroom” and were eager to put me on the show as they were looking to end a drought where several male contestants prior to me had not been able to win the challenging end game.

Years later, our paths crossed again,  Here’s what I shared on one other colleague/contestant’s social media site yesterday:

So now that it’s public I can share my story and our grief .  Most know my Whew journey. Later on he and I were colleagues at Family Channel where he produced one of his passion projects , Shopping Spree. The CBS exec many of you wrongly criticize, Mike Ogiens, gave Jay a home after several failed pilots and well before his writing career took off. There was a true spirit of family there and of course I wanted Jay to succeed because I liked my own job.
I tested the first batch of SS episodes taped under great scrutiny from Mike and of course Bob. Target audiences were confused, the skill of picking up on visual clues over many viewers’ heads. I had no choice but to report back to Jay that his baby was ugly.
In the download meeting Jay got defensive, questioning the methodology, the questions and even the episode we chose to test that everyone including him had signed off on. In a rare display of emotion he took me aside and said “You know, I paid for your college education. The least you could do is give my bosses more positive news.”
I looked at him with sad eyes and said “Jay, the money I won paid for my last two years, and indeed I learned how to read a rating book then. But I took ethics during my first two years which my parents paid for. I gotta report honestly. You deserve the truth”.
He hugged me and said “That’s exactly what I was hoping you’d say. We’re gonna tape some more episodes; before that I’d like to go back in the field and ask fans how they’d make it better, if at all”.

In what was one of the most fun assignments of my long career we probed the minds of game show fans around the country and came up with what became Denise’s Double-Up Derby, which gave a chance for a larger bonus prize, made the show less stretched and gave a reason for Denise (initially a way to get a pretty girl from the studio audience to become an instant game show model) to be an integral part of the game. We also learned many women wanted guy models, so we expanded the pool to include Dennis DuJours. Long before Price broke the gender barrier.
In the subsequent tapings I attended Jay would always tease me when the derby wouldn’t pay off and we’d go into the end game on a downer. “This was YOUR idea, Steve!!”  (It actually evolved from the minds of our respondents, but I was willing to let the buck stop with me).  The fact Jay considered my work important enough to influence his was significant to me and one of my personal creative highlights.
Jay had a third act in him, and it is one I draw particular inspiration from now. Along the way, Jay had come to know Nancy Meyers, the brilliant comedy director of such classics as the Steve Martin version of FATHER OF THE BRIDE and THE PARENT TRAP.  In fact, Nancy gave Jay a cameo role as the obstretician in FATHER OF THE BRIDE II who paternalistically told Kimberly Williams and her husband “Kids, you’ve gonna have a baby!”.  Not long after SHOPPING SPREE crashed and the Family Channel got sold, Jay was in the throes of a mid-life crisis.  Not much demand for fifty-something game show guys with more failed pilots than the Delta training academy.  As the story was told, Nancy reminded him of the creative chops he put into staging those showcases.  She encouraged Jay to start writing.

The result was his take on THE COUNT OF MONTE CRISTO, which then led to him authoring PIRATES OF THE CARIBBEAN: THE BLACK PEARL and an assocation with subsesquent sequels of the franchise.
Jay reinvented himself, made a ton of money and got to redefine his career well into middle age.  Now that’s a combination guaranteed to make you say WHEW!!
I’d occasionally run into Jay at a Studio City delicatessen where he’d frequently take breakfast meetings.  He never would be in a bad mood, he’d always ask how you were doing, and he’d always say goodbye the same way.  Something along the lines of “Remember, I’m your friend, Jay”.
I want to thank him for giving some of us who may be at a similar crossroads to him that there is always a chance for change so long as you try.  So I think it’s appropriate I bid him farewell the same way he did to me.
Rest In Peace, friend. Your friend,

1 thought on “Your Friend, Jay”