I didn’t exactly grow up around royalty, but I did have a few celebrity connections in my youth. Paul Simon grew up two blocks away from me in a small garden apartment; his mom Belle was a teacher in my grade school.  His mom and my teacher were close, so when he had just split up from Art Garfunkel (whose own mom used to shop at the same Waldbaum’s as my mom did) he had enough free time to drop by and provide my class with an a capella impromptu performance of BRIDGE OVER TROUBLED WATER which resonates with me to this day so many years later.

I chose to go to college in upstate New York at a small school called SUNY Oswego, which during my era reached national notoriety only because of its massive snowfalls that would occasionally be spectacular enough to attract attention from the likes of Johnny Carson, who would joke about the town’s school crossing guards being polar bears, not necessarily realizing in those conditions both the schools and the bears would have been served were that to be true.

Then a guy who preceded me as a student became pretty famous.  In fact, he still is.

So yesterday morning, when Al Roker made a triumphant return to THE TODAY SHOW, where he has been a weatherman and co-host for more than 30 years, for more than a quarter-century as a regular, it was really, really good news, especially in a cycle where very little such positivity is in vogue.  Roker’s return was described enthustically by numerous national news outlets outside of the NBC family, including Kimberly Richards at HuffPost: 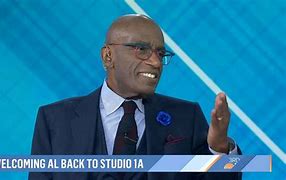 The veteran weather forecaster said in one of his first appearances back on show that his heart was “just bursting.” He shared his health journey during a segment with his wife, ABC News correspondent Deborah Roberts, and co-hosts Savannah Guthrie, Hoda Kotb, Carson Daly and Craig Melvin.

Roberts said that her husband is a “living, breathing miracle,” and that he was a “very, very, very sick man.”

“It was the most tumultous, frightening journey that we have ever been on,” Roberts said.

Roker explained that he had blood clots — which he said doctors believe may have resulted from his COVID infection in September — and internal bleeding.

“I lost half my blood, and they were trying to figure out where it was,” he said, explaining that doctors found that he had two bleeding ulcers after he underwent surgery.

“Had to resection the colon, take out my gallbladder,” he added.

And there it was.  Yet another thing Roker and I have in common.  We’ve now both survived holiday cholysystecomies.

As well as elective gastric bypass surgeries where we each lost significant weight from the morbidly obese bodies we each developed growing up in Queens.  Guess his passion for gyros was right up there with mine for falafels (Although, really–when was the last time Al rode the F train?!?!?!) 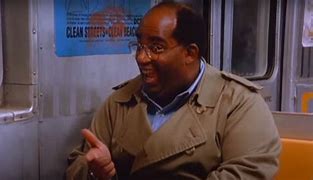 As well as gigs at the Syracuse CBS affiliate–his was his first on-air weathercasting role, mine was an internship in their newsroom producing sportscasts for their alcoholic eschewer of prompters that allowed me to slip in jokes and updated scores he had no idea was coming.

As well as jobs with Metromedia–mine with their distribution division helping to sell a now-fondly remembered but, at the time, ridiculed sitcom called SMALL WONDER, his with their top-rated Washington, D.C. station WTTG doing weather. 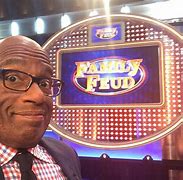 As well as a love for game shows–Al even hosted CELEBRITY FAMILY FEUD before Steve Harvey did.  I just got the chance to help sell its lead-out.

We even have a Jeffersons connection–Al’s cousin Roxie played Helen Willis on the classic series; I helped sell that show, too.  A lot funnier than SMALL WONDER, might I add.

But, most of all, we share the same alma mater, only Al’s celebrity and fortune has allowed him to become far more revered and respected by staff and alumni than I ever was, and, at this rate, ever will be.  Al’s largesse has gifted the school with a state-of-the-art media center that produces newscasts, live sports and even student-written comedies and talk shows that rival many I’ve seen from far larger and more endowed schools around the country. 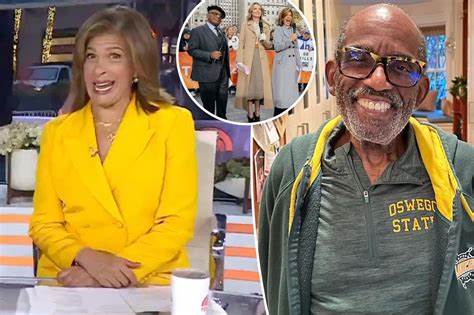 And as Al battled the odds and slowly began his most recent recovery, he’d forever be seen wearing the green and gold of Oswego State swag, rarely missing an opportunity to remind the nation of his pride and loyalty to the little school that somehow bestowed degrees upon him and plenty of other weathercasters around the country inspired by his success and the opportunistic climate the school provides for such learning. a couple of incredible and long-lasting ESPN anchors, and, yep, me.

You’d think at some point our paths actually would have crossed IRL.  Well, not yet.  But when I did go searching for a competent doctor to perform my gastric bypass, soon after Al’s journey was chronicled and his tremendous transformation inspired me to do so, I was given his e-mail address by a mutual friend and professor.  We’re all former students of one Lewis B. O’Donnell, who was one of Oswego’s top communications professors and, on top of being an outstanding mentor and human being, also pulled off playing a trolley on the children’s TV show THE MAGIC TOY SHOP in his spare time. 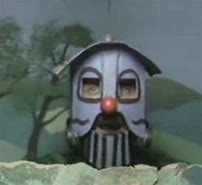 Al did refer me to his bariatric surgeon, who provided me with the name of a Los Angeles-based counterpart who did mine.  And, 17 years later, when the inevitable complications arose and I needed my gallbladder removed, that very same doctor came to my rescue.

And now we’re both eating healthier, loving life and, at least in his case, making a damn good living doing so.

And we’re probably gonna be rooting for our Laker men’s hockey team tonight as we play the first of what will now turn out to be two consecutive games against our fierce conference rivals, the Cardinals of Plattsburgh State, this one in the finals of their holiday tournament on their home rink.  Plattsburgh is home to an NBC affiliate that services Quebec, but rest assured anyone who watches it knows damn well which school produced more enduring and beloved on-air talent.

So, yep, as our mutual friend, a prominent cable TV executive, often crows, “it’s a great day to be a Laker”.  Especially when you’ve had health scares and can appreciate that simple fact better than ever.  And, at least in my case, a lot more in common as well.

So, Al, now that we’ve established our common threads and you’re beginning to get back into the swing of things–perhaps we can grab a bite the next time I’m trolling through Rock Center?  I’d offer we share a roast beef sub as we both had a proclivity to do back in our days, but I kinda think we should both go easy on our respective reconstrcuted guts.

It’s high time we broke bread.  Or something.

Maybe I can’t be your bodyguard.  But perhaps I can be your long-lost pal.  You can call me, Al.  I sure hope you do.