A long time ago, in a galaxy far away (well, it was Oswego, New York, so it was damn near Tatooine), I knew a guy who was usually genial and was really smart when sober, but being that it was Oswego, and given his history, sobriety wasn’t always within his reach.  Amidst some lukewarm kegs of hugely mediocre regional excuses for beer, we’d sometimes deteriorate into the kinds of discussions that only semi-conscious young adults can indulge in.

I distinctly recall one such incident after we gathered to communally watch the Charlie Brown Christmas Special on CBS.  (Yes, young ‘uns, there was once a world where people actually sat together and watched a holiday TV special as a group).  Somehow, the conversation drifted toward religion.  I was one of only two Jews present in the room.  He began to try and explain the concept of confession and how ridiculous he thought the process was when he knew damn well the priest he was confessing to on Saturday was guilty of far more heinous sins than he had committed the previous week.  Thankfully, he spared us gory details, but we kinda knew where he was going.  After realizing what he had implied, he looked around the room at our stunned faces, looked at me and my other fellow Jew, and said “Yeh, and YOUR God is green and has a picture of George Washington on it”. 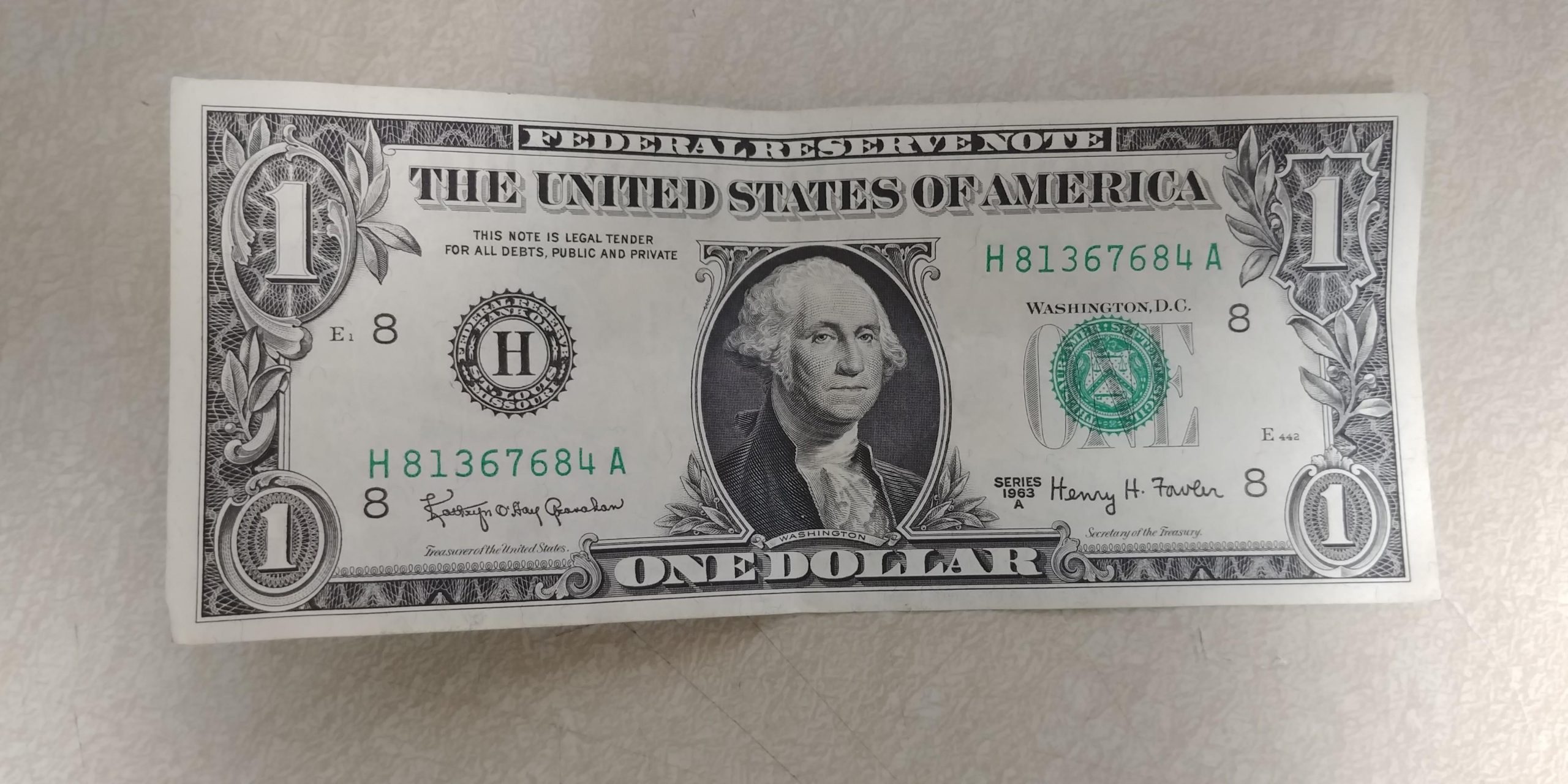 Now we knew he “had his bag on” (meaning he had had a few swigs of the swill that night) and this was long before social media created the opportunity or the platform for reactions beyond our little group of Linus lovers.  So we were hurt, but felt it wasn’t worth a reaction.  Sure enough, the next morning he had forgotten all about it, and ultimately, at least publicly, so did I.   His words hurt, but they were hardly personal nor were they representative.

So why do so many people feel that the person who fathered children with Kim Kardashian merits his entire life being cancelled, and the business models of every single company that he was in bed with permanently altered, because he has opinions of his own on Jews that I may not agree with?

Make no mistake, I’m not defending his ignorance. I abhor his words, and believe he’s off base with a lot of what he says.  But I’m personally more curious why HE matters so much to people who’ve never met him, and, for the most part, have not been personally impacted by those words.

While he was born in the ATL he was raised in a white, middle-class suburb of Chicago.  And there was historically racial tension between its residents.  Do a quick Google search.  There’s numerous incidents of racist graffiti and incidents there. and we all know Chicago has had an especially tempetuous history in this area even going back to the 1968 Democratic convention.  Long before this person was even born. 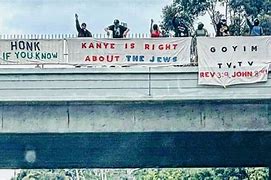 His opinions aside, he is a talented and gifted musical artist.  He makes a LOT of money for companies that carry his music.  And yes, more recently, his choice of apparel has gotten significant sales from some opportunistic entrepreneurs.  And you might be right that some of the people that chose to hang a disgusting banner over the 405 Freeway, very close to where the University of Judiasm sits in Los Angeles, might have purchased something.  I say you might be right, because at least I don’t talk to people like that, and I suspect you don’t either, or at least won’t admit it here.

But if you did feel that way, for whatever reason, at some point you might have said something to that effect while you were sitting around with friends watching a holiday special, or, in this day and age, perhaps doomscrolling on Reddit or Parler or Truth Social and hitting “like”.  Just like my pumpkin-loving buddy did.

And that would be your right.  Your choice.  And if you were as talented and as capable of earning money for companies that sell millions of downloads of your work, you’d still be in way better financial shape than most of those who seem so passionately fixated on denying him–or those platforms–the right to make it? Spotify’s been down this road before with Joe Rogan.  Again, you may or may not listen to him.  But a LOT of people DO.  And he makes a LOT of money for Spotify.  Their CEO, then and now, personally condemns their views but, again, defends their right to say it.  And his business is holding up a LOT better than many others who react to the whims of social media pressure and wipe out hundreds of millions of dollars of their bottom line just to pacify an activist sector that appears far more fixated on what others earn that what they do.

After several days of pressure, the German-based company Adidas finally severed ties with this person, and drew criticism for not reacting sooner.  All kinds of accusations, even alleging historic ties to the Third Reich, were rampant.  Like any responsible, successful global business should, they ran the numbers, evaluated the short and long-term implications, and made their decision.  Arguably, they bit a bitter bullet.  I’m far more concerned about the fates of workers at their factories who might be laid off as a result of them not meeting their estimates than the fate of a morally bankrupt artist who’s still gonna have a nine-figure net worth.  No matter what any of us think otherwise.

We are NOT going to solve the problems of a divided world by demanding anyone who airs views contrary to ours be denied the right to an existence.  The very fact we waste time on putting his name out there at all is playing into whatever hand he is unknowingly playing.  Notice I haven’t used his name once, save for a lower-case snark in the title.  He doesn’t merit even that much amplification.  Those of you who reference him in your posts and reshares are doing just fine without mine.

I suppose I’m lucky that I haven’t yet personally been attacked for my religious beliefs, and I truly sympathize with any of you who have been so victimized.  I do know I’m currently being attacked for many thoughts I choose to share that supposedly well-meaning people believe are contributing to some struggles I’ve been having.

That’s their opinion.  Whether they choose to actually pay attention to what I actually experience, and how it actually impacts those struggles, is on them.  Much as I’d like to, I simply can’t seem to get that point across.

THAT frustrates me MUCH more than what some multi-millionaire rapper believes.

There’s plenty of stuff on Spotify I listen to that have nothing to do with Rogan or the rapper.  If and when they run their own numbers and choose to follow suit, that’s on them.  My biggest concern is that if they were to drop either artist and see subscriber loss their service or price may be impacted.  That impacts me far more than who they choose to engage with professionally.  If you truly feel that stongly otherwise, then subscribe to Audible or SoundCloud or YouTube or some other platform.  Buy Puma and Lululemon.  And certainly don’t tweet his name or his interviews.

Every time I encounter people who feel far more impassioned about what people they don’t know think than someone they do,  I really get triggered.  I forgave Pony privately for his stupidity.  I’ll gladly forgive any of you who have your own thoughts about me, if you’ll ever be open to it.

I’d much rather believe you respect my right to have an opinion, and therefore I’m more likely to respect yours.  Even if yours believes no one has the right to believe anything other than what you deem as “respectful”.

Personally, I’ve got way bigger concerns than worrying about any of this and would much rather it fade from the news cycle completely.  I highly doubt this will stoke any fire significantly, and I’m not going to readdress it any further.

Especially since A Charlie Brown Christmas is going to air exclusively on Apple TV+, and there’s a far greater chance this generation i sgoing to watch Linus’ speech on the meaning of Christmas on a device alone than in an enraptured room of amazed onlookers whi marveled at my buddy’s ability to recite word for word the entire speech, even with a heavy “bag” on.  I’m more upset about that reality than the reality of who does business with whom.

But I guess that’s just ye–er, ME.