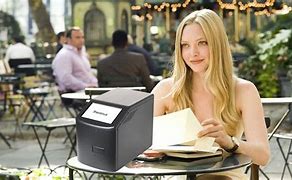 I’m continually bemused by the sheer level of arrogance and attitude that some millennial and Gen Z creatives have against people of my vintage.  There is an almost elitist air about many of them who believe that no one over 35 matters, that what appeals to them should appeal to anyone of consequence, and that flavor of the moment, “ripped from the headlines” content should make for populist entertainment.

I can’t think of any other logical reasons why this spring we have seen not one, not two, but THREE different attempts at launching series all based around the same concept–the rise and fall of young entrepreneurs who launch billion-dollar companies that will allegedly revolutionize life as we know it, only to be undone by any combination of personal greed, moral failure and/or questionable long-term viability.

So this spring, we’ve seen Showtime launch SUPER PUMPED, the story of the launch and battle for control of Uber, Hulu launch THE DROPOUT, which tells how a college dropout founded the healthcare company Theranos and Apple TV+ premiere WECRASHED,  which chronicles how Adam and Rebecca Newman believed they could change the culture of work, education and play all by adding a two letter word as a prefix to each of those activities.

Each of these series featured strong performances by talented actors.  Indeed, it’s quite likely that each of these series will have multiple Emmy nominations.  Amanda Seyfried’s portrayal of dropout Elizabeth Holmes, Joseph Gordon-Levitt’s tour de force as Uber founder Travis Kalanick and both Jared Leto and Anne Hathaway’s multi-dimensional interpretations of the somewhat possessed Newman duo are, collectively, as strong as any group of performances turned in on any series this year.   For each of these AVOD monoliths seeking relevance and acclaim within their respective media conglomerates, they represent important statements on demonstrating some perception of quality to shareholders and, of course, subscribers. 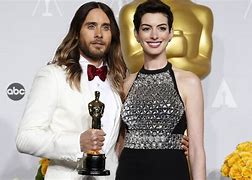 As subject matter, however, they collectively violate two cardinal rules of truly impactful content.  One is to ability to escape into a world that isn’t representative of the grimness and dystopia that we are gripped in.  Little can be a less emotional journey than the saga of how entitled, attractive, coercive people with a germ of an idea can become billionaires practically overnight and then lose their success just as quickly.  In the case of people like the Newmans, the fact that they personally still retain substantial wealth is downright infuriating.

These projects were clearly influenced by the success of THE SOCIAL NETWORK, which was a groundbreaking theatrical movie that brought the complexity of Mark Zuckerberg to light and, given all that Facebook/Meta has been an continues to go through, maintains a relevance.  And, yes, of course Uber has changed the way we commute and get ourselves and food around town forever.  But these are parts of our everyday life, and for many sources of irritation.  Particularly if you’ve ever been one of their employees.

Second, THE DROPOUT and WECRASHED were both derived from podcasts that had previously told the stories connected with them audibly.  In a way, these almost represent the inspiration and dimensionality of turning a Broadway play into a movie.  Historically, that was often a formula for instant relatability, credibility and attractiveness for talent.  Lately, not so much.  Awards will be won, but, again, in a year or two will the story of WeWork continue to resonate?

I’d contend there’s been much more traction and impact from a media landscape perspective by the series YELLOWSTONE, which takes us into a rural world where good and evil are starkly defined, and its spinoff prequel 1883.   That world has legitimized both Paramount Plus and Peacock as viable streaming competitors in their own right, ironically in direct competition for dollars and eyeballs as the entities that all hopped on the “wefailed” bandwagon.  Demographics are less consequential when it comes to subscriptions, and the Taylorverse that these westerns has created will have greater long-term impact on their platform–arguably, they already have. 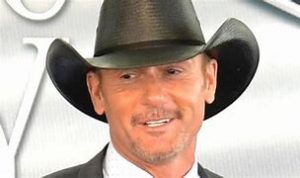 As for these shows, WECRASHED was designed as a stand-alone miniseries, and THE DROPOUT has yet to be renewed.  SUPER PUMPED will return for a second season, but in Year Two it will probe the battle for–surprise, Facebook!!  Essentially taking us back to the world of THE SOCIAL NETWORK.   So the scoreboard is one vanity play, one anthology and one non-renewal, none of which have bragged about their actual performance anywhere of note to date.

Nothing wrong with being woke per se.  But don’t fall asleep at the wheel, either.