I admit I’m a creature of habit when it comes to certain consumption patterns, and my occasional thirst for local Los Angeles news has been typically quenched with a dose of KCBS-TV’s newscasts,  typically middays following THE PRICE IS RIGHT, which I’ve invariably had on for comfort food and background noise even when I worked in an office, and just before my late night default choice of David Lettterman or, now, Stephen Colbert, on the rare occasions of late when I’m awake enough to care.

CBS stations’ local news, particularly those at their major market owned-and-operated stations, have for the most part been bastions of consistency, with deep ties to generational habits that stem from their affiliations with the likes of Dan Rather, Walter Cronkite and even Edward R. Murrow on the network side, and with local anchors whose resumes date back to actual connections with many of them.  The graphics and music packages, while occasionally refreshed, have for the most part been consistent since the mid-70s, when the prolific Dick Marx composed a drumrolling cadence for his hometown WBBM-TV, whose original version’s words were “I love Chicago; Chicago’s my home” but was adopted for their sister stations’s newscasts with the tagline “If it concerns you, then it concerns us”.  As recently as last month, that familiar sting would signal my ears that a news update, weather forecast or sports segment was upcoming.

But when the new year came, a long-rumored reboot of Los Angeles’ local news came to fruition, with a new unifying theme and graphics that now de-emphasize the CBS ties and instead now trumpet a unified, streamlined, contemporary look and feel for a new generation of core viewers and, indeed, an aclnowledgment that where and how we consume news these days has changed. 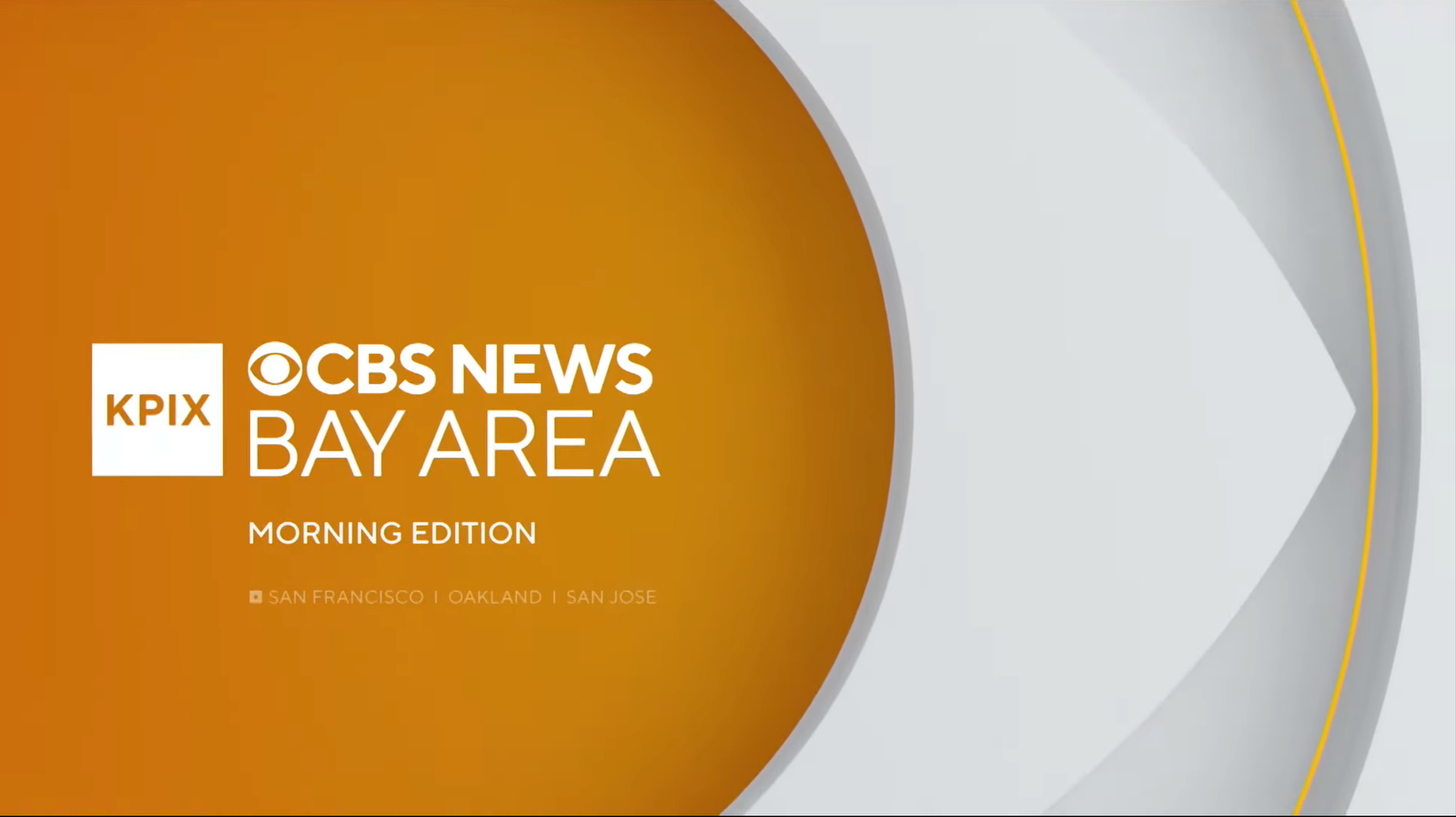 The look has now formally arrived at the local level with the debut on KPIX, part of the CBS Television Stations Group, following a rollout on national properties including “CBS Mornings,” “Face the Nation” and the “CBS Evening News.”

“The evolution of our business is not slowing down. Our need to continue to respond to that is in many respects being embraced as a calling and as a responsibility to ensure the future of these stations,” said Wendy McMahon, president and co-head of CBS News and Stations.

The complex and competitive San Francisco market has long been a proving ground for local news experimentation.  As far back as the late 80s, when KPIX briefly experimented with a downshifting of network prime time to 7-10 PM local to accommodate a one-hour 10 PM news (that flopped head-to-head with incumbent indie and now FOX O and O KTVU), CBS Bay Area has struggled for a TV identity, even when it co-owned a dominant AM all-news radio station with the actual KCBS call letters, as it has had for nearly a century (and still has, though, like all onetime CBS Radio O and Os, it is now owned by Audacy).

McMahon, who has a deep background in local station promotion and marketing, has, to her credit, has leaned extensively on research and has proactively not chosen a one-size-fits-all approach or mandate.  Instead, she is slowly rolling out changes across the group, with San Francisco the first stop, Los Angeles just launched and another unique situation about to follow suit in Detroit, where a station CBS has owned for nearly 30 years will finally launch its own local newscast–a station rebranded with the WWJ call letters that another nearly century-old all news radio station currently has.

In both Los Angeles and Detroit, duopoly stations with successful local newscasts despite the lack of the CBS brand, unifying those outlets with an emphasis on region and call letters will, they hope, create a halo effect that will not only give viewers more easily recognizable navigation between them but will also translate to the  CBS News local and national 24/7 streaming services that complement the stations’ efforts, and repurpose and expand upon the stations’ newscasts with the convenience of perpetual availability. In Los Angeles, Pat Harvey is now the market’s longest-tenured news anchor, having relocated from Chicago’s WGN in 1989 and, after a recent purge of veteran newscasters by arch-rival KNBC, now is even more of a sign of consistency.  Jim Hill, perhaps the youngest-looking 76-year-old ex-Ram around, has been part of the Los Angeles local sports scene since 1976, now in his second and longest-lasting tenure with CBS.  T hey are still around and relevant.  But as actual channel numbers have not truly existed since analog transmissions ceased in 2009, and as the availability of local stations via AVOD platforms like Paramount+ expands, the relevance of legacy associations of these and other personalites becomes less necessary.  And as the need for local news to expand its appeal and indeed its raison d’etre to a cord-cutting generation that has been conditioned to use apps and Alexa first and foremost for the basics of traffic and weather, accommodating those appetites and forcing Luddites like moi to adapt is. more than likely, a far better strategy than clinging to outdated approaches.

The Los Angeles changes were supposed to occur in the fall, but for a variety of business and developmental reasons were quietly pushed back, and just as quietly resurfaced last week when the midday KCBS news was rebranded as KCAL News on CBS Los Angeles.  KCAL, legacy channel 9, now broadcasts a seven-hour block of local morning news to join the three hours it has programmed in prime time successfully since Disney took over the station in the early 1990s, as well as a couple of midday hours of their own.  It competes head-to-head weekday mornings with Nexstar’s KTLA, long the daypart leader, but which has undergone a number of personnel and set makeovers of its own as of late.  Fox is also a presence in the daypart, but it haa struggled with trying to reinvigorate the Good Day formula that worked brilliantly when it debuted in the late 80s and 90s as an immediate by-product of the Rupert Murdoch influence on their stations.

It’s as good a time as any for CBS to apply some updated makeup to its Eye as part of a needed facelift, and indeed begin to deconstruct the Eye’s very existence.  The company itself has rebranded as Paramount Global, of course.  And, to be honest, the new music and graphics are kinda catchy.

So , Eye or no Eye, channel numbers or not, I’ll find a way to get used to the changes.  And if they can get a creature of habit like me to deal with it, the rest of the audience should be much less difficult to appease.

It sure beats Botox.  Just ask Pat and Jim, right?