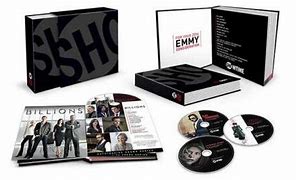 Nominations for the 74th annual Emmy Awards were announced yesterday morning, the culmination of a six-week barrage of FYC events and a slew of e-mails to voters with literally thousands of hours of truly excellent television accompanied by heartfelt pleas to watch and, of course, vote.  Thankfully, technology has eliminated the inevitable stuffing of mailboxes to the brim with massive DVD sets of series under consideration.  Prestige-seeking networks and studios would sometimes go three or four box sets deep in their zealotic pursuit of recognition.  No mailbox short of a central post office could have handled the barrage I would receive, and often several boxes would get stolen from my porch.  So I switched deliveries to my office, where my office bookshelf would get stuffed to the brim within days.   Well, no more DVDs and far fewer offices, so I suppose that’s progess.

The spin and statistical manipulation for who were the winners of these battles for attention is staggering.  HBO claimed the title for most network/platform nominations, this year even without HBO Max figured in. Netflix was still a close second but is no longer the default champion.  Hulu and Apple TV+ showed progress as well.  Diversity was more evident than ever, with Squid Game earning a first-ever nod for a series not produced in English, and Abbott Elementary breaking through in its rookie season with several key noms.  But, to be sure, for all of the claims of breakthroughs and progress some inevitable bitching arose, primarily from more populist and perhaps less buzzy shows who continue to lament a voting process that tends to be self-selecting.  Since it’s almost impossible for even the most dedicated voter to truly know what’s out there, and with a nomination process that an excellent Hollywood Reporter piece yesterday lamented as “group think” a truly representative panopoly of performances is even less possible to acheieve.

Even with expanded slates, there is inevitable consternation from those that were snubbed, usually from the performers and agents; occasionally from the less prolific providers looking for seats at the big dance.  LOTS of bitching from the likes of Anthony Anderson and Mandy Moore, whose final seasons of their broadcast series were all but completely shut out.   And there tended to be a bulking up of nominations around shows that had the attention of Academy members who filled out their brackets with almost the entire casts of flavor of the month series. 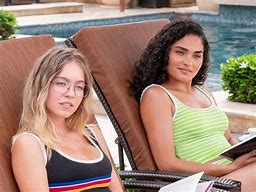 WHITE LOTUS was a well-received limited series that was lauded for its producability during the height of the pandemic, but to command 20 nominations when shows like YELLOWSTONE got NONE?  Well, there’s certainly reason for skepticism at bare minimum.

Which then brings up the inevitable conversation that I used to be privy to–what’s the VALUE of an Emmy nomination?  Undoubtedly from the talent side, there is a halo effect on their careers, both in terms of notoriety and future earnings.  To the content provider impact is much more ambiguous.  Unlike Oscars, where historically it was determined that average box office and aftermarket sales would increase by roughly $14 million per winner, there is no such easily quantifiable formula to cite.  Instead, as the GAME OF THRONES-like battle between SVODs emerges, and the battle for internal survival within financially challenged companies intensifies, the intangibles far outweight the tangibles.

Last year, the nominations of TED LASSO all but saved the trajectories of Apple TV+ leaders Jamie Erlicht and Zach Van Amburg; this year’s reannonting of LASSO and the deserved emergence of SEVERANCE has reinforced their external and internal images (the Oscar for Best Picture didn’t hurt, either). 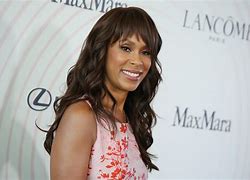 For Warner Brothers’ Channing Dungey, LASSO and ABBOTT ELEMENTARY’s successes for shows being produced for buyers outside the Warner Discovery ecosystem allowed her a needed victory lap that will inevitably help her internal star to shine amidst the truncations that continue to get announced there. 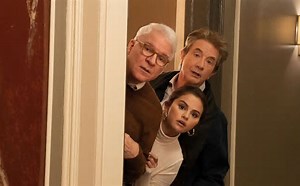 Nominations for ONLY MURDERS IN THE BUILDING helps the Hulu team keep up with their FX siblings within the Disney drama drama.

Undoubtedly, Hulu and Apple TV+ will command more attention and potentially more time spent over the next several weeks as their nominated shows get sampled more selectively.  The buzz on these shows may indeed glean new subscribers or at least keep those on the fence from cancelling just yet.  So there’s probably some financial gain to be realized from all of the marketing spend that’s occurred till now and will continue until summer’s end.  It’s just not that cut and dry.

But as long as the real battles for award success occur witjhin the studio walls somehow, in spite of a declining, aging and clearly less engaged audience for the actual awards (let’s see how many actually watch on Peacock!) the Emmys will continue to be a disproportionate focus of attention and emotion for the foreseeable future.  Hopefully, the talent that actually works on these shows  that have more skin in the game will be noticed by some of you in the process.  I mean, I love executives, but I love  the rank and file (well, some) even more.