What a shame there’s been such a loss of experienced talent across the media landscape, including the perspectives of many of those who are most responsible for some of the greatest creative efforts of a generation.  When it was announced earlier this week that HBO Max was casting away some of its most honored series, most notably WESTWORLD, the news was met with disbelief and despair that a mainstream service would dare deprive the world of seeing their revered series, despite the little reality check that their initial popularity had waned, or it never really existed to the extent that they thought it did.’

As Lauren Forristal of TechCrunch reminded her readers this week, it was truly nothing more than math and economics that resulted in these titles being jettisoned from their prestigious platform:

It’s likely these shows were the least-watched HBO Max titles, so it makes sense why Warner Bros. Discovery removed them. Viewership ratings for “Westworld” continued to decline over the years, with the third season finale only getting 1.8 million viewers — about an 18% drop from the season two finale.

And, as Tony Maglio of IndieWire further reported, good ol’ Yosemite Zas, still faced with his crushing $3.7B debt as he attempts to unify the Warner Brothers and Discovery units into something more manageable, is now seeking to monetize these diminishing returns by making them available to competing ad-supported streaming services and FAST channels, with the carrot that this will be the first time that these acclaimed shows will have the opportunity to be sponsored.

Zaslav sees his company’s giant film and TV library as providing a “unique opportunity to increase our addressable market and drive real value.” Given the April mega-merger between Discovery and AT&T’s WarnerMedia assets, he’s right.

There’s “a huge amount of content that’s not even on [HBO Max/Discovery+] that’s sitting with us that hasn’t been put to monetize in the marketplace. Some of that we will sell, which we’ve talked about, and we’ve started to sell,” Zaslav said on the third-quarter earnings call. “But we have the ability on the FAST side to build a service without buying content. Most of the players in that space are out buying content and then looking to sell that content and create a vig, effectively, where they get a return on that content based on what they spent on it.” 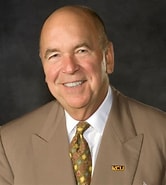 Back before the magma cooled, we used to call that syndication.  And in that era the very company Zaslav now heads had at the helm of its domestic syndication unit one of the best to ever spin a number: Richard T. “Dick” Robertson.  And dozens of well-trained disciples who, simply put, could sell snow to an Eskimo, and make it look like champagne when they packaged it.

Robertson was one of a handful of executives with production, sales and investment background that founded a small sales company in the early ’80s and struck gold with a low-budget effort called THE PEOPLE’S COURT, which made a star of retired Los Angeles judge Joseph Wapner and in effect brought soap opera and game show elements to real small claims court cases.  Off that success, Robertson developed a technique to paint the best possible picture for every piece of content he and his team would take on, aggressively mounting sales campaigns with ubiquitous, glossy trade ads, often tied in with crowing about the results of the off-network shows and incumbents using every possible advertising trick in the book.  He’d mix success stories between the two local market measurement services, Nielsen and Arbitron, with confusing conflating, using the smallest possible asterisks to note which service (often widely disparate, particularly with demographics) was being used and arbitrarily shifting each show’s story to reflect the best possible spin–one show a women 18-34 success (even when stations couldn’t necessarily monetize it), one a news lead-in success with men 25-54 (despite the fact that the story was based upon the men available earlier in the afternoon, and that the men actually watching a station’s local news often weren’t home to watch any TV).  Audience composition.  Positive focus groups.  Details?  Who cared?  As long as it looked good in an ad, Robertson and his talented team would run with it.

No matter how underwhelming or schlocky the product, Robertson put masterful effort into selling.  He once dressed up in full martial arts gear to sell a package of knockoff kung fu movies with Bruce Lee look-alikes.  He once used an “insurance policy” to lock stations into a replacement show which his company produced, and stood to make more money on, when they were leery about the chances of a show they only were commissioned to sell.   Both shows were gone within a year. 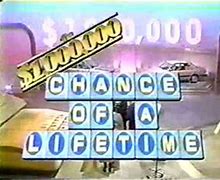 He lapped at the coattails of WHEEL OF FORTUNE with a strikingly similar word puzzle game that employed a typewriter rather than a wheel and that offered the first $1 million prize in game show history, and for a while acquired some time slots otherwise earmarked for JEOPARDY! 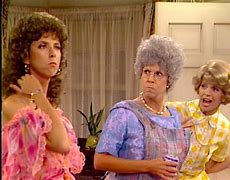 He made MAMA’S FAMILY, a show that mostly was produced for first-run syndication, into a perceived must-have show that dominated cable networks’ lineups for decades.

He once sold a game show called TRUMP CARD that promised the presence of Orange Jesus himself and that would be produced at his fabluous Atlantic City casino, touting play-along elements similar to Bingo that stations would reap untold millions from.  Trump showed up onstage for a minute of the premiere, never had a presence in the show again, and ratings cratered from the start.  But Robertson was ultimately more believable than his client.

Robertson took his band of genuises from that small company, Telepictures, to a merger with the well-respected Lorimar Television, creating a sales entity that leveraged a large number of family comedies, most notably FULL HOUSE, ever leveraging it to sell far weaker and respected shows along with it.  From there, L-T was acquired by Warner Brothers, and for more than 15 years Robertson was in charge of a successful enterprise that raked in hundreds of millions of dollars for the studio.  And his techniques were echoed by the global sales team headed by Jeffrey Schlessinger that took the formats and dramas around the world, and even shoved a few runs of HANGIN’ WITH MR. COOPER into a few demographically opportunistic territories.

While the King brothers were more storied with their success,  Robertson’s run as a sales genius that ultimately earned him a large office in the same building where Jack Warner reigned is in many ways more impressive.  Dick is still with us, thankfully, though of late he mostly plays golf and serves on boards attached to  his alma mater, Virginia Commonwealth University, whose athletic teams are appropriately named the Rams.  Few could ram through more favorable deals for his product that could Robertson.  I’m proud to say he even sold me a few shows, most of them lemons, but fortunately enough that did work to balance it out.  And I’m even prouder to say that I copied every move from his playbook that I could, and contrary to what many of them now think today I helped make my team of salespeople a lot richer and smarter than they otherwise would have been.

These days, the WBD sales team is extremely lean.  There’s a whole lot of stuff that’s now on their plate.  Per TechCrunch, here’s what Zaslav is hoping to find new homes for this coming year:

The remaining titles — “Gordita Chronicles” (S1), “The Garcias” (S1), “Love Life” (S1, S2), “Made for Love” (S1, S2) and “Minx” (S1, S2) — are not guaranteed to have new streaming homes. However, WBD is in talks with studio partners to license the shows to either FAST platforms or other streaming services.\

And since Zaslav has also let go quite a number of extremely talented salespeople, marketers and researchers in his streamlining, perhaps there might be an opportunity–dare I say necessity?–for some consultants to help move this merchandise?

Honestly, after finding successful homes for FREDDY’S NIGHTMARES and MR. BELVEDERE reruns, those of us who worked from Robertson’s playbook are the most qualified people, of any age or generation, to help guide the efforts to place the HBO Max titles proactively and profitably.  I’ve already got a foolproof pitch for FBOY Island, and I haven’t even seen most of the actual viewership data.  But these days, no one else does either.  So we don’t even need the three point type size asterisks.

Moving shows that have run their course is simply a part of doing good business.  It’s not the apocolypse, and might even spark renewed interest in these shows that sitting on HBO Max’s overcrowded platfrom would never create.  The less experienced showrunners and reporters who didn’t immediately know that need to be educated.

If you’re reading this, hopefully you may have just been so educated, or just reminded that in times like this established intellect is worth tapping into.  Mr. Zaslav, you run a company that did it as well as anyone did.  Bringing on Dick Robertson, or anyone else who learned from him (raising hand) would be a really shrewd move for you.  Personally, I need the gig.

If that’s not possible, then you can click on the link below.

I’d much rather earn it.  I’d much, much rather help these quality shows find new homes, just like cute puppies and kitties from struggling homes.

And if you think my unabashed plea for a gig is unsightly, and that older dudes like Richard T. Robertson can’t run circles around buyers even today, well then, dear reader, you don’t know Dick.

Hopefully, now you do.