When I log onto my online banking account, withdrawls and deductions appear on my screens in red; deposits appear in blue.

For many months I’ve been seeing far more entries in red than I would otherwise wish.

This past weekend I saw a few blue ones.  One in particular that was as surprising as the results that were playing out in real time when I saw the alert on my phone.

The San Francisco 49ers were playing the Los Angeles Rams in the NFC Championship Game.  Thanks to some lackluster play and some questionable play-calling on the parts of the Rams’ players and coaches, the 49ers had a 17-7 lead after three quarters. 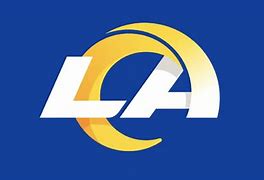 I wasn’t in person for this game as I had been for the previous playoff game; the cost of the ticket for the nosebleed seat I had snagged for the previous game had increased by nearly 18 times what I had paid.  A tad too rich for a bank account that had been way too red.

The SoFi Stadium crowd that showed up was also way too red, in many Rams’ officials’ opinions.  By some brokers’ statistical estimates roughly two-thirds of those who showed up wore 49ers red as opposed to Rams blue.  The Rams did everything possible, including public begging and shaming, to try and switch that around, including limiting the zip codes where seat purchases would be approved from.

The Rams have done their part to try and win back the generation of fans they lost during the 21 years they spent in St. Louis.  They have made the playoffs in four of their six seasons in their second LA tour of duty, they won the NFC title in 2018 and had won five previous playoff games prior to yesterday.  They had won over 60% of the games in the past five years.

Yet two decades of deprivation had created a strong Southern California 49ers fan base, let alone the reality that many 49ers fans have the money to afford the tickets that schmos like me cannot.  So as the final 15 minutes of last night’s game began, the fact that the road team led by 10 was actually being cheered by the majority of those in attendance. 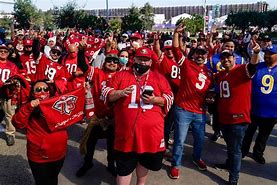 The sun was setting as this played out in real time.  I was watching the game at a friend’s house who lives very close to the ocean.  On a day when my friends  and family in the Northeast were digging out of a massive blizzard, the view I had with a 70 degree sun beating down was nothing short of idyllic.  For all the bitching and moaning I’ve been doing about how dystopian this city has been lately, the view from this balcony shared with another living human being was actually heartwarming and, no dount, envied.

The fourth quarter began, and the Rams quickly scored to cut their deficit to three.  A few minutes later, the Rams kicked a tying field goal.  Halfway through the final quarter, the game was tied.  (As a side note, the six most recently played playoff games have all been nail-biters with similar tension.  It would be difficult to find a six-game span over eight post-season days that have produced as much high-stakes excitement.  Bravo, NFL).

Then I saw the most stunning three words I’ve seen cross my phone in months.

As I’ve teased in this space in several prior posts, I’ve been owed a significant amount of money from someone who I believed wrongly denied it to me.  The circumstances surrounding it have been heartbreaking   Later this morning I was supposed to see this person, and a far more special person connected to these circumstances, in a courtroom.  While I knew my case was strong (in fact, a favorable verdict had already been rendered), I still dreaded having to see these people.  The emotions they have induced in me over the past 15 months have been, to me, nothing short of gut-wrenching.

As the Rams drove downfield for what turned out to be another field goal that out them ahead, my bank account summary showed a four-figure deposit in blue, pending approval.  By the time they stopped the 49ers with an interception on their last-gasp drive, the transfer became official.

The Rams were going to their second Super Bowl in four years, this one to be played in their home stadium.  And I had, indeed, won my case.  At last, I had my money.

I’d like to say I was ecstatic.  Bottom line is that I’m relieved.  But, like the Rams, my celebration is tinged in blue.  In my case, it’s the blue of deep, deep sadness and loss.

You see, while I’ve teased the identity of one of my torturers as late as last Tuesday (feel free to click on my January 25th entry for that), I’ve been reluctant to share any more details because of this legal albatross hanging over me.  As I shared then, this person literally saved my life and introduced me to a world of excitement, confidence and self-love like I had never experienced before, and was the first step in connecting me to people who are among the most precious friends I’ve ever known.

Because “money was sent”, and out of respect to these people, I still won’t be able to share their names publicly.  But I can share that the person who saved my life who had a milestone birthday last week is indeed a female.  A female like none other I had ever met, and with a life story likely like no one else you have ever known, either.

If someone like her exists in your life, please don’t make the same mistakes I did in falling so deeply and completely for her that I drove her away and myself out of the picture.  I’ve clung to the fantasy of reconciliation.  I’ve been able to resolve that any thoughts of actual reciprocal love are impossible,   At this writing, I still can’t quite grasp the reality that this closure virtually assures that I’ll never see this special woman ever again. 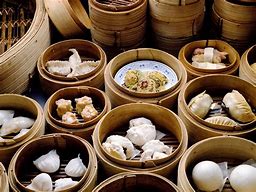 The more optimistic and less connected supporters in my life allow me to grasp at the straw of possibility that someday, somehow she might acknowledge me again.  Earlier in the weekend I got a text out of the blue from another lovely woman who had recently wronged me.  She’s very much married, but her business is suffering mightily and is now teetering on bankruptcy.  She couldn’t afford to keep me on staff and couldn’t bring herself to admit to me the reason was because she attempted to launch her dream in the midst of a renewed pandemic where people simply are adamant they can’t even sit outdoors to eat among other people.  She now can’t even bring herself to go to her business in person; she is so traumatized by her failure to make her dream work.   She confessed she is a bit more understanding of my emotions and despair.  Of course, I forgave her and attempted to console her.

So forgive me if at least today I can’t completely let go of the last shred of hope that somehow, someday, perhaps far off, this beautiful birthday girl might shock me with a similarly heartwarming text.  But having a few blue entries in my bank account offsets some of my pain and will allow me the freedom to pursue new beginnings in business and in personal connections.  I’ve already had some encouraging meetings and calls and as a new month dawns a few more loom.  Putting her out of my immediate train of thought is an indisputable necessity.  Today begins that process in earnest. 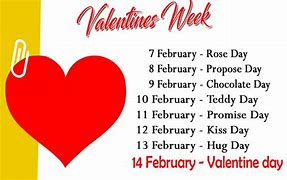 And as for looking ahead, the Rams will be hosting a Super Bowl a few miles from my house in two weeks. Since the same seat I had for Round One is now more than seventeen times as expensive for this game, I’ll be watching this one too, hopefully with a sunset just as nice as the one we had yesterday.  I’ll be wearing blue and rooting for them.  And, of course, the next day is Valentine’s Day.What I would have hoped to buy for my lost love can be better deployed to more deserving friends or perhaps even the possibility of new love.  Once blue becomes victorious, red could be a color back in fashion again.  It’s all about balance.  And fortunately my balance is a bit larger for a change.