In a month where every streaming service of consequence seems to be trying to find a way to get still more of us to eschew linear TV,  and in a competitive landscape already superserviced with male-appeal sci-fi fantasy, it’s unsurprising, and strategically smart, for Hulu to launch the fifth season of THE HANDMAID’S TALE this week. After all, the series essentially legitimized Hulu as a de facto competitor in quality and reception when it was lauched in 2017.  It was a tonal aberration for the service, which was largely dependent upon acquired content and lower-cost niche series at the time.  But it was based upon a successful and enduringly popular novel among book afficiandos, Margaret Atwood’s chilling 1985 work set in a near-future New England, in a strongly patriarchal, totalitarian theonomic state, known as the Republic of Gilead, which had overthrown the United States government.  The novel explored themes of subjugated women in a patriarchal society, loss of female agency and individuality, suppression of women’s reproductive rights, and the various means by which women resist and attempt to gain individuality and independencet was the first series on the service to win significant Emmy awards.

If that sounds like a familiar playbook for breakthrough content, you’d wouldn’t be wrong to assume it.  Two years earlier, Prime Video broke through as an award-winner and stronger competitor to Netflix with its adaptation of the 60s-era dystopian novel THE MAN IN THE HIGH CASTLE.   Its 2015 release, set in an alternate universe where the United States lost World War II to the Nazis, feasured a controversial but effective takeover of the New York City subway system which coincided with the timing of a now-infamous descent of a certain future President from his gilded escalator a few feer above sea level. 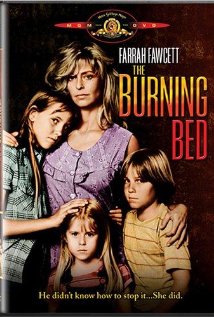 And decades earlier, an entire cottage industry of made-for-television movies with female appeal based on novels spawned from the enormous ratings success of THE BURNING BED, which proved Farrah Fawcett had the capacity to do more on a screen than smile in a bikini, and served as the template for Lifetime’s raison d’etre.

Given these pedigrees, in hindsight it shouldn’t be too surprising that HANDMAID’S broke out as it did.  And given what has happened in our world since, particularly in the last few months, it makes this new season’s launch all the more anticipated.  This is, of course, the first season to be launched since the overturning of Roe v. Wade.

I have no idea if she has Hulu, or any interest in watching. 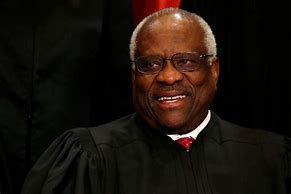 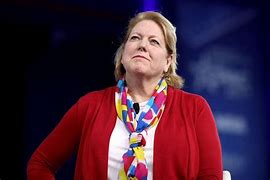 But I have a really good inkling a whole lot of people whose lives have been, or could be, affected by their agendas and beliefs do.  Which indeed makes this work as timely, and as precient, as it ever has been.

When the novel was printed in 1985, Atwood was quoted at the time in a piece recounted by BBC Culture thusly: Though Atwood is Canadian and writing about a later time – Joyce Carol Oates, writing in The New York Review of Books, speculated the book was set around 2005 – she has said the commentary was aimed squarely at the United States of the 1980s, including the rising political power of Christian fundamentalists, environmental concerns, and attacks on women’s reproductive rights. The backlash against abortion in the US at the time included a widely distributed propaganda video called ‘The Silent Scream,’ a rash of abortion clinic bombings and arson cases and a proposed law that would give foetuses civil rights protections. The Reagan administration also broke with longstanding policy and declared that the US government would fund only international women’s health groups that promoted ‘natural’ family planning – that is, abstinence – in underdeveloped countries. As English professor SC Neuman wrote in a 2006 paper published in the University of Toronto Quarterly, “Offred, in short, is a fictional product of 1970s feminism, and she finds herself in a situation that is a fictional realisation of the backlash against women’s rights that gathered force during the early 1980s.”

Hmm.  Could it be some code names for the ladies depicted earlier possibly be Ofclarence or Ofjesse?

I, for one, will be exceptionally curious how this season, the next-to-last for this series that has already exceeded the typical shelf life of a streaming original, will be received both in terms of volume and halo effect.  No, it’s not Westeros or Middle Earth.  But it’s arguably a lot closer to reality than either of those settings ever will be.