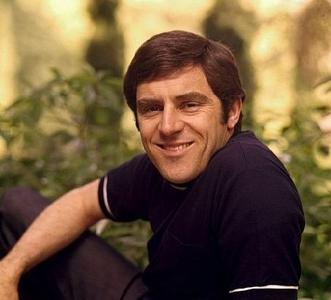 If you don’t get the reference in today’s title, consider yourself lucky, ’cause that likely means you’re far younger than I.  The singer who made “What Kind of Fool Am I?” a pop hit was a handsome British crooner named Tony Newley, who was a variety show regular in the 60s and 70s in part because of  this song;s populalrity and in part because he was once married to Joan Collins, perhaps the most unapolegetically sensual actress of the era essentially living the life that her Alexis Carrington character later portrayed in an exaggerated sense on DYNASTY.  I guess even then hanging around women who appeared in PLAYBOY was helpful to some people’s careers.

But the fact that I have that in common with Newley has a ridiculously large proportion of people who have known me for decades insisting that I’ve somehow become so unglued, so uncomfortable for them to associate with, in some cases even a threat to their health because I actually desire, nay crave, actual human contact and intense desire not to be cooped up inside my home, pandemic or not, has many of them believing that I am the very definition of a fool.

I’ll save my own defense for later, but in light of an op-ed piece in this morning’s New York Times, I’m apparently not the only fool in this country.  As Thomas B. Edsall wrote, even in light of the revelations and testimonies being played out this month in the January 6th hearings , a “decisive majority” of Republicans–71%, according to an Economicst/YouGov survey, believe that the Democratic Party and its elected officials conspired to steal the 2020 Presidential election from Donald Trump.  In market research, a “decisive majority” is typically seen as the definition of fact.  So we’ve apparently now reached a tipping point where repeatedly demonstrated fiction is now perceived as fact.

The implications of this level of belief are monumental.  Edsall further observed thusly:

District by district voters in places that cast ballots through the end of May have chosen at least 108 candidates for statewide office or for Congress — Republican candidates who have repeated Trump’s lies,” Amy Gardner and Isaac Arnsdorf reported last week in The Washington Post.

Consider Texas. On the campaign trail this year, the Republican nominees for governor, lieutenant governor and attorney general and 24 of the state’s congressional districts endorsed Trump’s claim that “the 2020 election was rigged and stolen.”

On June 18, the 5,000 delegates to the Texas Republican Party convention adopted a platform declaring, “We reject the certified results of the 2020 presidential election, and we hold that acting President Joseph Robinette Biden Jr. was not legitimately elected by the people of the United States.” 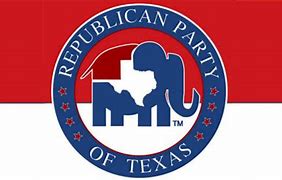 And it doesn’t end there.  Again, despite similar polling evidence that an even more significant majority of Americans–88%, per Politico/Morning Consult–overwhelmingly favor common sense gun control laws, a two-thirds majority of the Supreme Court still chose yesterday to strike down a New York State law that prevents people from carrying guns in public.  Because the most logical way for an already frayed city to be calmer is to potentially arm anyone who might be inconvenienced by an F train being stuck in a tunnel to open fire in frustration?  Not necessarily.  They cite that 43 states currently allow citizens to carry a gun outside the home, many of them have major urban centers with public transportation, and reported incidents of gun violence are no more statistically significant than in states like New York which have previously banned them.

Even when it’s not a majority, pluralities and significant minorities can be impactful.  Roughly 22% of Americans have refused even one dose of a COVID-19 vaccine, which results in a daily dose of wailing pleas from medical experts on MSNBC and CNN that, via Zoom, cite a whole lot of statistics and literally wail to the camera pleading, imploring, exonerating, pleading for more people to take the vaccine.  I personally know plenty of people who have extremely sound, logical reasons why they will not, I’ve personally interacted with several people who are unvaccinanted, and they all have strong, deeply personal reasons why they won’t.  I’ve never been sick and I’ve never infected anyone else.  Are they fools for choosing their own paths for extrmeley valid reasons?  Am I a fool for believing them?

And just as I was writing this an even smaller majority of Supreme Court justices that overturned the New York State gun law officially overturned Roe v. Wade, allowing individual states to now rule on the legality of abortion.  Needless to say, an awful lot of women are justifiably upset about this.  But a sizable number of others are cheering this decision, believing that Jesus will be far happier now as a result.  There will undoubtedly be impassioned debate about this for months to come, as it’s widely anticipated that state afte state will enact restrictive laws.  I’m confident both sides will be reaching out to me for support and financial contribution as this battle for life plays out. 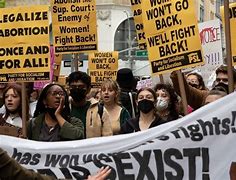 You really want my money? Then hear me out on what matters to me, and if you can help I vow to donate a percentage to whoever can rally around MY cause. 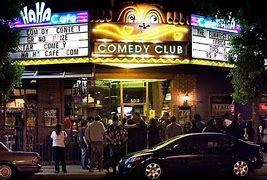 Last week I was at a comedy club, where I ran into a very special person and that person’s group of guests by chance.  Last week I recounted what happened.  In response to a sincere gesture , I was sent over by this person’s questionably moral friend the bill for their entire table.  I thought in the moment paying it was the classy thing to do.  All I wanted in return was a thank you.  In Italian, it’s ONE WORD.  I’m still waiting for it.

I’ve been beating myself up far harder than those who continue to call me a fool.  I’m NOT A FOOL.  A schmuck, absolutely.  But it’s NOT FOOLISH to expect a thank you from someone you literally owe your life to when they pick up the tab for a group of strangers.  It was, in hindight, a pious wish.  But no more or less pious that those who will plead for Roe v. Wade to be reinstated.

I can’t get pregnant, and I’m too old to start a family. I really, REALLY feel horrible for women who will be impacted by this.  But if you truly want me to care about you, you care about ME.  So here’s my terms:

You message me.  You’ll get this person’s name and number.  Put a fraction of the effort you’ll put into protesting issues that mean something to you into something that means the absolute world to me.  Pressure this horrible, ugly alleged friend of this special person to do the RIGHT thing and pay for her OWN needless drinks and Mexican appetizers.  Make this person’s life a fraction as miserable as mine has been made.   If you can’t do that, then at least pressure this pathetic yutz to contribute to YOUR cause.

Because, trust me, if ever there was a poster child for supporting abortion, the possibility that her DNA could be perpetuated physically or emotionally should scare the living hell out of all of you.