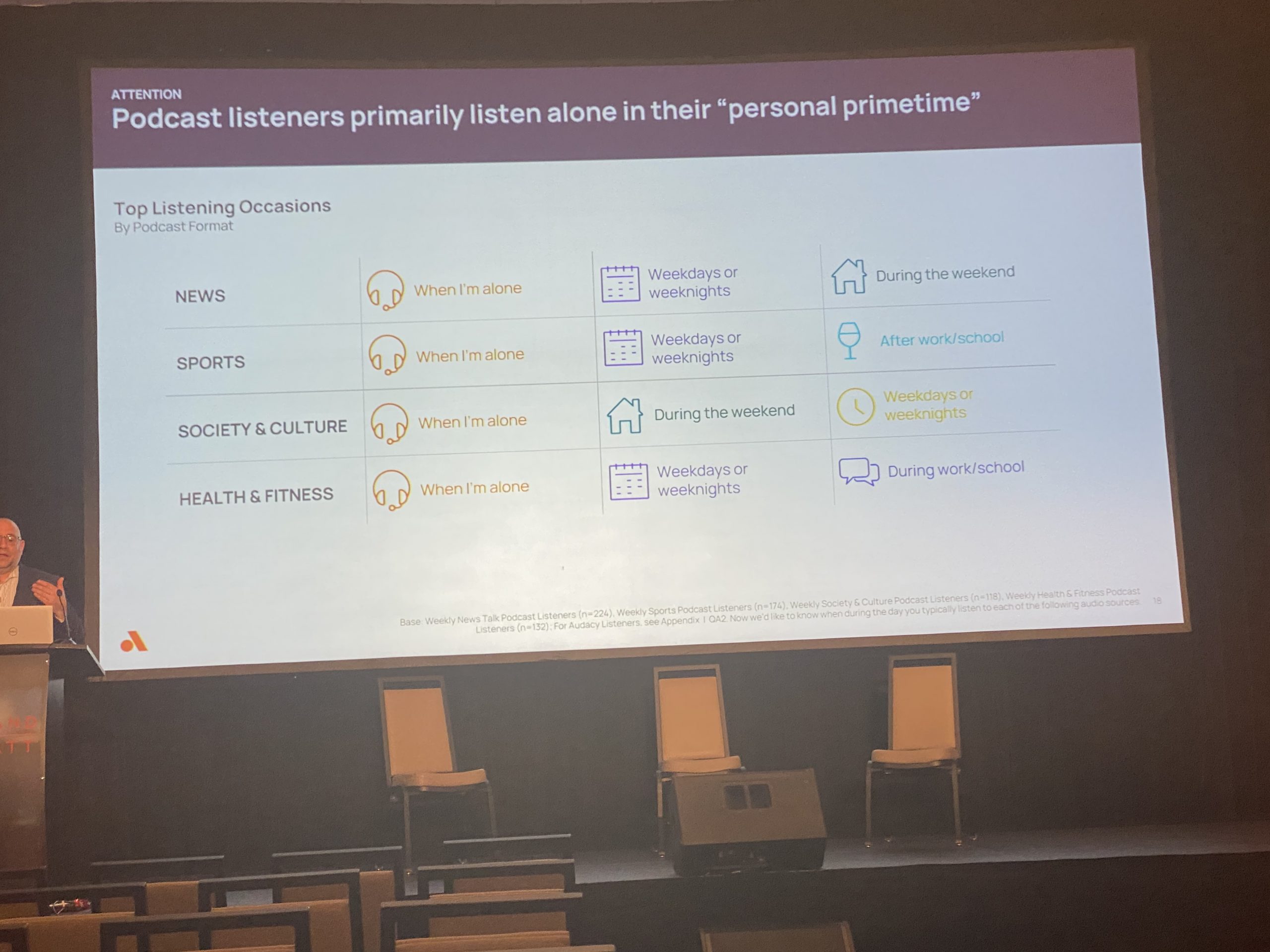 The Media Insights and Engagement Conference of 2022 is winding down, and I’m told they exceeded their attendance goal.  And from the looks of the happy faces, most of which we could actually see, and the many business cards and swag in my suitcase, I can attest it feels like there is some degree of restoration of normalcy to the world and industry I adore so much.  Conversations were actually conducted, plans for follow up calls and lunches were laid, and we got to learn a lot of new concepts and have new experiences.

We can got to see Theresa Pepe’s toes, which must mean summer is here, or that we have six more weeks of spring (apologies to her male friend who we mistakenly credited earlier)

My personal favorite was country singer and songwriter Jimmy Yesry, who as opening keynote engaged our entire conference with a group exercise that, planned or inadvertent, demonstrated how songwriting and research could coalesce.  Asking us to tap into our most memorable childhood and recent experiences and emotions, armed only with a microphone, guitar and his fertile mind, we crafted an original country song.  Yeary, on the fly and a capella, created the tune.  Here’s the first stanza of the lyrics we wrote communally:

Some of us never knew our daddy

Tell our kid to follow their hearts to be happy

We had brunch every Sunday after church under steeples

Trust me, it sounds better than it reads. 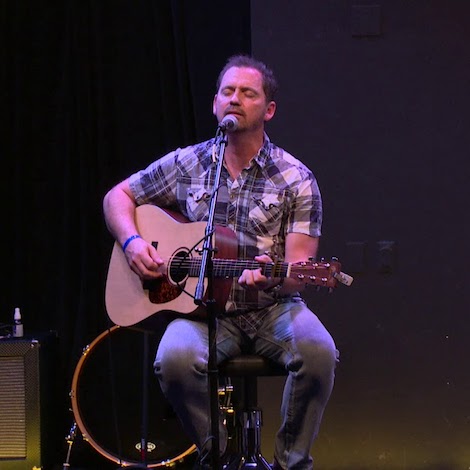 And most of all, as Yeary explained, it allowed us to share who we are and how we feel in ways we may have not realized were possible. Imagine the possibilities of a product, brand or personality being able to tap into those kind of revelations to help tweak content or messaging toward target audiences that collectively tap into this type of emotional expression.

I know we came away mostly in a buoyant mood, optimistic and surprised at what we could produce en masse rather than working in isolation.

Imagine if school counselors in, say, Buffalo or Uvalve, Texas (or Orange County, California or Newtown, Connecticut) were capable of engaging some troubled boys in such an exercise, rather than leave them alone and subject to the allure of creative exercises on websites and Telegram groups that produce far more tragic connections.

Yes, imagine that.  In fact, pray hard and scream like hell at every currently and aspiring political figure to vow on the stack of Bibles they might otherwise swear on to do everything possible to make sure those troubled young men, and older ones, have no choice but to seek out expression through words than actions like we’ve seen at schools and supermarkets and houses of worship.

Cuz I’m sure this kind of exercise would also work as a coping technique for the parents and families of the children and shoppers who have become posthumously immortalized by senseless tragedy.  The song produced might be gripping, but I’m sure it wouldn’t be as upbeat.

The song we wrote with Yeary was tentatively titled “That’s Who We Are”.

Based on yesterday’s news cycle, it’s a title that’s more wishful than declarative. 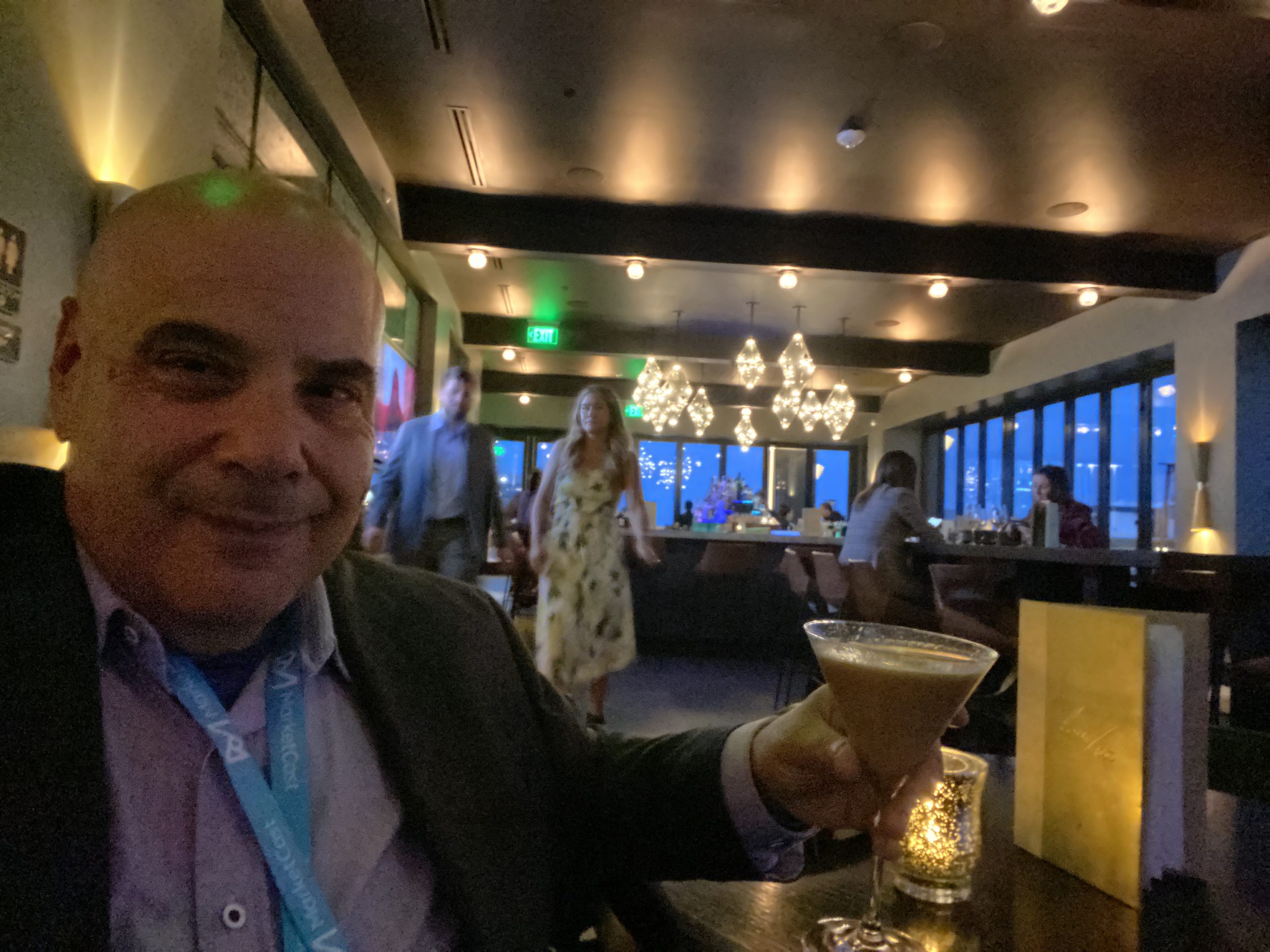