I’m a huge fan of reports based on actual data that reflects actual behavior, not algorithms or “intent to view” metrics that mask as such (yeh, Parrot Analytics, that means you). So when Brandon Katz of The Wrap reported yesterday on an exhaustive study conducted by Samba TV on what and how people consume content today, you bet I took notice.  Samba is a third-party measurer of viewing across multiple screens, and gained traction when Warner Brothers began citing its data for its direct-to-streaming theatrical strategy in the earlier days of the pandemic, particularly at a time when Nielsen became less capable of actually measuring video consumption accurately.  Yes, it’s an opt-in panel, but it’s one that has 28 million devices included in the U.S. alone, 46 million globally.  Bluntly, that’s a lot larger and more inclusive than Nielsen has been, and likely won’t be for the foreseeable future.

And as Katz noted, the most recent findings from this data strongly suggest that as the pyrrhic battle for subscriptions and content control is raging, and as linear television continues to see worst-ever results (see: 2022 Emmy Awards), the fact of the matter is that across the most established subscription services, it’s far more likely for the average subscriber to wind up watching only one show on said platform.  And it’s not necessarily the one the service might want you to be watching.  Per Katz:

You’ll be surprised to learn that across most premium streaming video-on-demand (SVOD) services in the United States, more than half of viewers watch only one of the top programs on any given platform, according to a recent report from third-party streaming viewership firm Samba TV. That may sound blasphemous to proud binge watchers accustomed to hopping from series to series, but it’s more in line with recent viewing habits.

In other words, when a subscriber logs on to, say, Netflix, HBO Max or Disney+, they are likely to select just one of the top 50 titles offered on that platform before calling it a day. That makes these titles among the most valuable in their respective libraries as first-watch selections, a criteria the major streamers play close attention to.

Samba TV found that top program viewers watched just one program among the streamer’s top 50 shows during the second quarter on HBO Max (62% of customers sampled just one title), Apple TV+ (60%), Hulu (55%) and Amazon Prime Video (55%). Disney+ (35%) and Netflix (33%) fared slightly better than the rest of the pack at convincing viewers to tune in for an additional title after their first selection. (Samba TV gathers viewership data via its proprietary Automatic Content Recognition technology on opted-in Smart TVs across 28 million U.S. devices, but does not account for non-TV devices such as mobile phones and laptops).

The highest-reaching shows among single-program viewers in the U.S. throughout Q2, according to Samba TV, were:

Do note none of those shows were among the nominees for the top Emmy awards–perhaps yet another reason, apart from the fact that most nominees weren’t from broadcast TV, that the 2022 Emmys barely got a 1.0 rating among adults 18-49?

And as Katz added, the 2Q22 data cited herein actually flies in the face of certain strategic decisions already being reached by the elite execs in charge:

Interestingly, HBO Max recently removed 200 episodes of “Sesame Street” as part of a larger strategic cost-cutting measure to pull back from live-action kids and family content. Perhaps the company should rethink that decision before abandoning the genre completely.

While this data might surprise many, I’m not one of them.  The fact that a destination is defined largely by a singular choice isn’t necessarily news.  I’ve written numerous times about the reality that, on average, a cable subscriber typically watched between 10-15 channels for at least 10 minutes a month for decades, regardless of the number of channels a video provider would offer.  Common sense dictates that if you’re only watching a channel for ten minutes, it’s far more likely to be one show than a host of one-minute drive-bys. 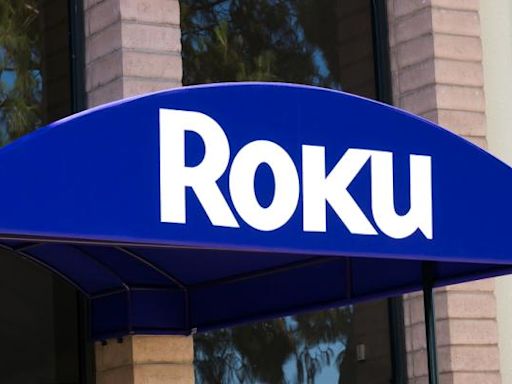 And aggregators like Roku already offer several hundred channels of ad-supported content, many of which are dedicated to a single show.  FAST channels specific to Baywatch, Forensic Files, Jeopardy!, Heartland (Canada’s longest-running original drama!) and Bob Barker-hosted epsiodes of The Price is Right are available 24/7/365.  Most are accessible through smart TVs with voice-controlled remotes.  Yes, we’ve become such a lazy viewing community that not only don’t most of us even bother to look beyond a single show, even when we do we’re not even using our hands to find variety.

The implications of this actual data is significant for an industry filled with multi-billion dollar behemoths hoping to keep subscribers within their respective walled gardens.

“A critical finding in the Q2 report points to the need for streaming platforms to think differently about how they market their content,” Samba TV co-founder and CEO Ashwin Navin said. “With more than $40 billion being spent this year alone on new content, consumers are overwhelmed by choices. Platforms need to ensure they are driving smart strategies ahead of content launches to draw in not just built-in fans but broader viewers who may be interested.”

Take the dilemna awaiting Netflix’s incoming heads of sales.  STRANGER THINGS is a magnet, but it’s anything but a procedural, and has only 34 episodes to date.  If even that can’t keep  Netflix-and-chillers to stick around for deeper libraries of content, then all of the needed negotiations with outside studios to allow ads to be placed in them, let alone their incredibly bullish reported $65 CPM to reach them, may seem overly aspirational.

And yep, while Prime Video deploys several billion worth of Jeff Bezos’ discretionary income toward Tolkien and the NFL, they might want to be sure Sony and Eric Kripke are taken care of, too.

Because for as fragmented as we are, we’re actually remarkably sedentary.  It might not be the worst idea for some top strategists to get a little busier considering what millions of devices are actually telling them, rather than what a few pundits are alleging they are.