When virtually every other media story these days seems to be about people losing their livelihoods and institutional businesses being reimagined by economic necessity (farewell, Headline News) , any sort of story that doesn’t yet involve either is one that catches my attention.

So when several celebrity news sites and, of course, Page Six devoted substantial coverage to the return of GMA3 co-hosts Amy Robach and T. J. Holmes to their co-anchor duties for the first time since news of their personal relationship was revealed, it was both revolting and a relief.  Because, much to their credit, not only did they both show up to go to work, as they have been entrusted to do by ABC, they did NOT address the situation on air publicly.  Despite the fact that the internet was abuzz with judgment, shaming and apparent envy, two consenting adults went out and performed as well as they were capable of doing, as they had for several years, and left the rest of the world to deal with their own prejudices, jealousies and envy.

They are not the first co-workers to develop an attraction for each other.  Indeed, as Page Six reported in their typically accurate manner, these two are apparently in the minority of such that not only have nothing to apologize for, but seem to have support from an overwhelming majority of people who actually are close to them.

Sources close to the couple described their first day back as “wonderful,” and told us they felt, “supported and loved,” by their ABC colleagues — who even said a prayer with them.

“They’re not ashamed. They’re two consenting adults, who ended up loving each other,” one source told Page Six.

“They hadn’t seen each other since Tuesday. It’s not how they wanted [news of their relationship] to come out, but it’s also kind of a relief,” they added.

Another source familiar with the couple told us they’ve been “good friends for eight years,” and claims their romance began in August as they both dealt with marital woes.

Unlike the revelations attached to the relationship between former CNN head Jeff Zucker and his subordinate, marketing chief Alison Gollust, that eventually cost both of them their careers at the company–a recently revealed office romance that the Robach-Holmes tryst was being compared to– there was no balance of power issue that came into play here.  Pure and simple, this appears to be a case of two people who each went home to people they had grown distant from, spent a great deal of time doing something they both love together, developing a friendship, a bond, a trust, and eventually an attraction.  The way workplaces have been for decades before the whole isolation thing seemed to take root.

I’ve spent quite a bit of time feverishly defending the concept of working from an office, and I’ve been deemed a backward, out-of-touch old fart by so many who even more feverishly defend remote work as the only viable solution to work/life balance.  Many who ridicule thoughts like mine are people who are happily married, involved or incel, and for any who fall into that category, I’m truly envious.  I’ve only had strong feelings three times in my life myself, and neither of my ex-wives are on that list.  One was a colleague–yes, for a time, she was a subordinate. And in reading about what seemed to draw Robach and Holmes, as well as Zucker and Gollust, and many, many others in far less visible positions together, the same sort of feelings that they seemed to have were the ones I had.

My colleague was breathtakingly attractive, but my respect for her came first and foremost from her talents and skills, her unique ways to get people to respond honestly to questions, and her ability to command a room when she’d present her findings.  I saw her every day, extra-long work days with a struggling network while my first marriage was crumbling under the weight of the reality check that the spouse I had chosen was incapable of being a parent or even a partner.  As it turned out, my breathtaking colleague was in the midst of a deteriorating relationship of her own.  We talked about our frustrations–well, I did most of the talking.  And she listened–it’s what she did so well for a living, and she was more than generous with her ears to listen to me at a time when few others would. 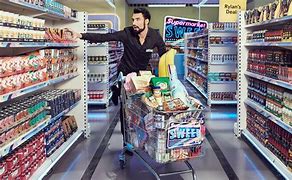 I was conflicted.  I sought out the advice of another colleague who had some knowledge of my feelings, and reminded him that years earlier I had been advised by others “don’t get your meat where you get your bread”.  His answer to me was “that depends on whether you usually shop in a supermarket or go separately to a butcher and a bakery”,  I was somewhat relieved that he wasn’t immediately offended by my confessional.  I then offered up that the same sage advice of “don’t sh-t where you eat” was also an adage I was told to live by.  He answered “Technically, that’s true, if you were sitting down to dinner, I’d be offended if you were taking a dump in front of me.  But who hasn’t snuck a sandwich into the bathroom every know and then”?

In a word where working from home and ordering deliveries has defined so many to the point where the mere thought of a traditional work setting produces anxiety that needs to be dealt with through therapy–online, faceless texting more often than not–it’s safe to assume that many who feel that way indeed order their meat from one source and their bread through another.  Personally, on the few occasions where I’ve had the resources to do that, I ordered from Instacart from the same store, but that’s just me, I suppose.  More often than not, I’ll still choose to shop in a supermarket myself, browse the aisles, actually study my choices.  I get more steps in, I tend to buy more selectively and intelligently and, who knows, I might actually meet someone I might find interesting.

We used to be a world where that sort of chance encounter happened often.  We used to be more tolerant of the idea of co-workers falling in love, even if that love was tilted in one direction to a far greater extent.  We cannot help who we find attractive or inspiring, nor is it the right of anyone else to demand we can’t.  And, yes, that includes corporate executives, because many of them have been guilty of the same thing.  I personally know several people who found their long-time partner with someone who worked in human resources in the same company.  They kept it on the downlow for many years, but those they trusted knew.  As we have learned Holmes and Robach, Zucker and Gollust, and plenty of others did.

In my situation, my love was–as usual–unrequited.  My colleague was eventually moved into a different reporting structure, though it was never fully explained to me if she requested the change or it was an opportunisitic power grab by the person I reported to at the time to undermine me because this colleague’s star was so bright that to have her report elsewhere would make me seem less influential to the head of the company.  Needless to say, I was heartbroken at the time.  Eventually, I moved on to an even better job.  My colleague eventually found the man of her dreams and, to the best of my knowledge, they have lived happily ever after and have the most incredibly lovely family anyone could ever hope for.  It’s been many years since I’ve even spoken to her.  That damn pandemic again, to an extent.  I’ve tried to apologize on several occasions to her, but these days, like so many others, the concept of acknowledgement is simply a lost art.  When you don’t work in the same place, anyone else’s feelings seem to be irrevlevant–at least mine are in this case. Given the fact that so many people do seem to care about this, and Disney has strict policies on the disclosure of inter-office romance, it’s entirely possible Robach and/or Holmes may move on to other assignments, or out of the company entirely.  GMA3’s ratings have been modest at best, and GMA is in an extremely tight battle for morning show supremacy–and profitability,  Any possible fallout from this mishagoss will likely be reacted to unfavorably.  So far, all seems to be ok.  The co-anchors have remained private on this, and I personally hope they continue to do so.

It’s also no secret that many of those they report to have also found love at the office at one time.  Many former and current ABC executives met their second spouses at work at the same time–indeed, it was almost an inside joke among many of them that as the network’s success grew, so did the realities of how disenchanted they all seemed to grow of their existing marriages at the same time .  Many of my former colleagues at Sony and FOX also met their spouses on the job.  I’m more than willing to bet more of us who are of a certain age have seen similar personal stories evolve.  When you’re in close proximity to someone, attraction is often inevitable.  Sometimes, it’s mutual.  And, sorry, you woke isolationists out there, these things DO happen.  For some of us, when it does, it actually can make us BETTER at our jobs.  And for any of you who think that’s not OK, I would strongly suggest you do your own soul-searching, or at least check your own biases at your own doorsteps, regardless of where it might physically be these days.

I honestly don’t watch GMA3 these days–frankly, I’m too busy trying to find real work.  But I will be rooting for its talent to prevail, both on air and off.  They have both the right and the need to have the same chance at happiness and employment that all of us deserve, and that for so many of us it seems to be so gosh darn difficult to achieve in this truly detached and often overly hateful world.  They seemed to have found something that works for them.  They found their meat and their bread in the same place.  That can make for an awfully appealing sandwich.  One you might even sneak into a bathroom on occasion.

May all of us have the same opportunities to experience all of that at some point soon.

1 thought on “We Can Only Assume Amy and T.J. Shop In A Supermarket”