Even in the digital age,the first day of summer for me always meant there was a need to stock up on reading material.  As a kid, our grand pilgramages usually involved being guests of our more fortunate friends and relatives who rented cabanas at the Silver Point Beach Club in Long Beach, New York.  Anything but glamorous, rows of wooden shacks and canopies became coveted oases from the sweat and stink of Queens, mere feet from the Atlantic Ocean where a cool breeze offset the potent sun.  For my mom, all it meant was that her mah jongg game had gone al fresco, so she was pretty much preoccupied.  My dad would often sleep (as would most of the other dads).  He rarely took off his shirt, so sunburn was never an issue.  Most of the other kids were younger, so then, as now, I was isolated.  So I read.  A lot.  And I still do, if only now on my phone and IPad. 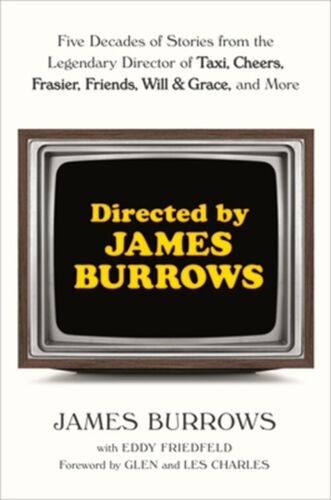 And I cannot more highly recommend DIRECTED BY JAMES BURROWS as a book you should read this summer.  Sure, it helps if you’re a fan of sitcoms; you’ll undoubtedly recognize the name from the more than 1000 episodes of television he has directed over five decades, including the entire runs of CHEERS and WILL AND GRACE, not to mention other classics like FRIENDS and TAXI.  And in this autobiography, he recounts with meticulous detail and loving tribute the experience of helping to craft those moments that will live forever in fans’ minds and this medium’s history.  Effectively, he puts as much care into telling HIS story as he did helping writers tell THEIRS, and helping actors better convey them to viewers. 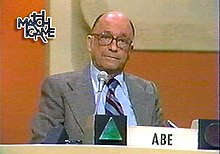 He was seemingly pre-destined to this; his father Abe was a prolific Broadway writer and producer, perhaps best known for the original productions of timeless classics like GUYS AND DOLLS and HOW TO SUCCEED IN BUSINESS WITHOUT REALLY TRYING.  The crispness and wit of those scripts transcends generations; I would challenge even a rapper not to appreciate the mastery of language and cadence that is evident in his works.  And what his dad was to the execution on stage, Jimmy (as he prefers to be known, even at age 81 1/2) is to TV.

Early on in his book, Burrows explains that he treats every episode of television he directs like a stage play; for most TV viewers, it’s about as close to live theatre as they’ll ever see.  When I started to attend live sitcom tapings, this truth became evident. The process of production has always fascinated me.  I’ve been blessed to personally know many creatives and been on numerous sets in my travels, usually as the geek on the sidelines who was mostly loathed because I’d often bring them bad news, whether in the form of lower-than-anticiapted ratings or lesser-than-hoped for test results.  But occasionally, I’d kibbitz with some who understood and respected  what I was doing and would ask me questions about the process rather than the results.  Which, of course, provoked my curiosity about theirs.  I became facile enough to understand camera olacement, marks and the quad split.  I would marvel at the split-second decision-making of directors to pan in at dramatic moments and notice surprising reactions that warranted retakes.

To a person, every one of these talented people that I would bond with would say “You should see Burrows do this.  Whatever I know I’ve learned watching him”.  Duly noted. 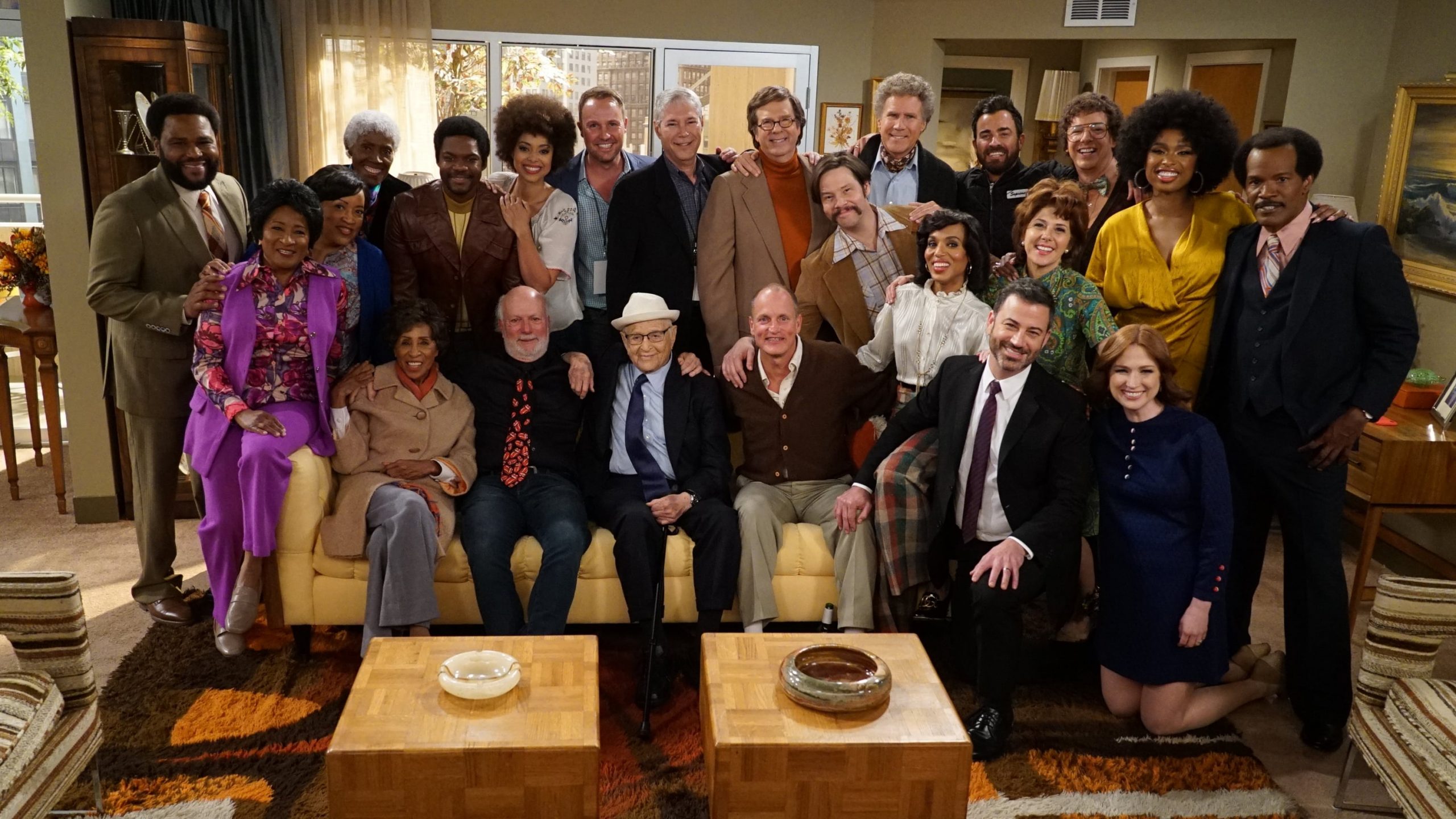 But despite his prolific track record, our professional paths never crossed until three years ago, when Norman Lear brought him on to direct LIVE IN FRONT OF A STUDIO AUDIENCE, the passion project he and Jimmy Kimmel brought to life by recreating decades-old scripts of Norman’s iconic comedies on a soundstage in real time–indeed, a play.  Sitcoms produced in the manner that the name of this special invokes have become rare lately, with a generation of comedy executives enamored with the style of THE OFFICE and PARKS AND RECREATION.  Heck, Jimmy was directing episodes of SUPERIOR DONUTS and DISJOINTED, which even he couldn’t make a success.  But with Lear’s words and the talents of actors like Woody Harrelson, Marisa Tomei and Kerry Washington at his disposal, well, these were ingredients for history.  And I had to watch.

I saw each dress rehearsal plus the live ABC show from a centrally located perch in the bleachers .  The first time around, I focused on the actors.  The next two I focused on Burrows.  Moving like a gazelle across the sets, orchestrating the cameras, the blocking and the stage-setting. 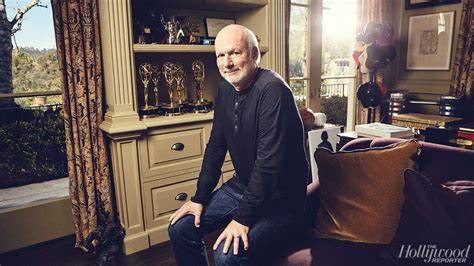 Using a clicker to punctuate his calls for different cameras, a script in the other hand for reinforcement but essentially calling the plays from memory, much as Peyton Manning would execute a two-minute drill  And, as always would, serving as his own best audience.  When something truly funny would happen (or, in the case of a pilot, when Burrows wanted to make a weaker scene play funnier), his distinctive guffaw laugh could be heard over any other reaction.  And, of course, in almost Pavlovian sympatico, my laugh would then follow.

To paraphrase Lear’s autography, “even that I got to experience”.  I’m so glad I did.

And now we have Burrows’.  It’s absolutely perfect for the beach, the pool or even, heaven forbid, double masked in your air conditioned media room.  As long as you have your eyes exposed to the words on the page, you’ll appreciate the artform as much as he does before you’re done. 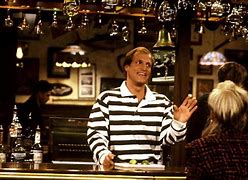 1 thought on “Watching Genius Up Close”