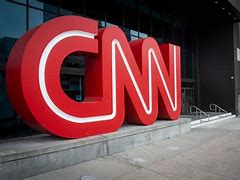 I’ve never spent a minute serving my country and given my artillery skills we’re all probably better off for that.  I’m hardly an expert at what the impact on war can be on a family or an individual.

But I do believe I know what war can do for a media entity.  Which is why it’s almost serendipitous that Russia is invading Ukraine (that’s the verb we’re apparently using as of yesterday) at a time when CNN is at a crossroads and may very well benefit from the fact that it is happening.

During the winter of 1991, the United States entered the Gulf War on a night when the TV world was embroiled in the art of schmoozing and selling in New Orleans.  The company I briefly worked for was hosting one of those notorious bigger ticket parties, a fully catered buffet fronted by Paul Prudhomme, the legendary owner and head chef at K-Paul’s (Side note:  At that point in their lives, Paul was almost a dead ringer for comedian Dom DeLuise, and we specifically invited Dom to the party for the photo op even though he was hosting a show for a competitor.  In DeLuise’s case, the lure of food appealed to a greater loyalty than supporting someone trying to keep his show from getting on the air). 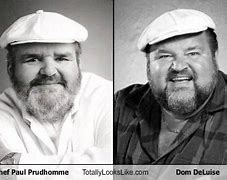 What should have been a night of heavy imbibing and light selling turned out to be sobering.  As appetizers were being rolled out we simultaneously rolled out massive big screen TVs (the 300 pound Muntz projection TVs you’d see in your rec room) and gathered around to watch George H.W. Bush announce that, for the first time since Vietnam, the United States was at war.  Numerous party guests who had cut their professional eyeteeth at stations whose local news benefitted from the higher ratings that nightly network newscasts delivered running taped reports from the frontline began to tell stories about the rush they got from those days, and how this was indeed the first “made for prime time war” in history.

Thanks to the technology of the day, networks were able to show nighttime attacks of U.S. forces deploying scud missiles on a regular basis.  It propelled the careers of Stone Phillips, the so-called “scud stud” and Wolf Blitzer to levels paralleled half a century earlier by radio correspondents such as Edward R. Murrow and Eric Sevareid who would file nightly reports from the London Blitzkrieg and other World War II battlegrounds.  For Blitzer and his CNN brethren, it was their breakthrough moment.  As the sole cable TV news network of the time, it allowed them to counterprogram broadcasters with nonstop coverage of the war as it played out in real time a world away.  Many independent (and even a few “Big Four”) stations affiliated with CNN ran their coverage as “breaking news” and earned higher ratings and, eventually, revenue.  From a purely business perspective, this was live, action-filled reality television that was gripping to watch and the perfect counter to, oh, let’s say, Davis Rules.

During the next couple of days the Turner sales booth had increased traffic as they lined up several big screens and blared the coverage from Iraq to the floor.  It was gripping as the ultimate reality show played out.  Many stations who had lacked national news or dissatisfied with what the establishment was providing signed up.  And I, knowing my current employer was already not providing me with the resources they had vowed they would give me when I had joined three months earlier, was already shopping for another job.

So I spent a good deal of time at the booth, ostensibly because I was intrigued by the breaking news.  I had known a number of the Turner execs from my previous position and we schmoozed as they cut deals.  The groundwork had been laid for what turned out to be my next job.  You see, watching a war play out can be a bonding experience.

As CNN prepares for a new era with David Zaslav, without Jeff Zucker, dramatically increasing its streaming presence and with 9 PM ratings down by nearly 90 per cent year/year (thank you, Cuomo family), it can use all the help possible to resurrect itself.  Since FOX News appears content to offer commentary and criticism, someone has to offer the live action.  John Malone called for CNN to return its more journalistic roots; as a major stockholder in Warner Discovery he has the power to be heard.  The last couple of days it appears that even in advance of these imminent seminal shifts the network is focusing more on breaking news with reporters on the ground in Kyiv in a manner similar to how Iraq was covered, only this time not necessarily from hotel balconies.   While as of this writing I’ve yet to see reliable Nielsen numbers I would bet the house it’s an improvement from prior weeks this month.

While this is not a war that we are directly fighting, the potential economic impact of it on us is likely to be severe.  We certainly have oars in this water.  And frankly this news is far more crucial IMO than hearing yet another exhausting debate on masks, vaccines and protocols.  I know I’m not alone in that attitude.  I am beyond exhausted with people cowering in fear at the sight of a bare upper lip.  I’m not going to sink to the level of praising Putin, but so far he has certainly established himself as shrewd, like it or not.  You may passionately feel otherwise.  I’ll also go out on a limb that CNN can regain engagement as well as audience if they claim the mantle of go-to source of war play-by-play once again.

By the way, I’m still looking for clients.  Maybe you’d like to get together for a drink and watch together?  It worked for me 31 years ago.  Can you blame me for trying again?