KCBS-TV/Los Angeles’ early morning news has often been fifth in a four-horse race, due in part to the fact that the network morning show that it leads into, CBS MORNINGS, still lags behind both THE TODAY SHOW and GOOD MORNING, AMERICA in popularity.  What also hurts network morning news in Los Angeles  and elsewhere in the Pacific Time Zone is that all the national shows have aired on a three-hour delay (except when breaking news warrants updates).  And that matters because local news is far and away the most lucrative way for stations, and the much larger media conglomerates that run them, to earn profits.

No matter how many different ways there are for someone to watch something that qualifies as television these days, be it platform and/or device, one of the few staples of traditional TV that remains a viable–and necessary–business is local news.  Even if a traditional newscast isn’t consumed on an actual TV as a full program, the stories they produce can and are used as material that can populate a schedule for as long as the news cycle lasts.  And as the ability to measure local stations’ digital content evolves, as well as the comfort zone of aggregate that audience among advertisers to pay for it, the logic behind the  moves announced by CBS’ Los Angeles duopoly earlier this week looks all the more brilliant. 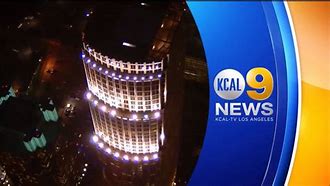 CBS owns both their owned-and-operated station and the independent KCAL-TV, which for more than three decades has run a three-hour prime time block of news that has been fully competitive with the FOX and CW stations who have run a 10-11 PM hour exclusively.  The prime time format features an awful lot of updated or repeat material, as the reality is that even the older viewers that dominate its audience only watch portions of the block.  And if you’re watching that news in prime time, the likelihood that you’ll be watching again the following morning is low, and if you do you’re enough of a news junkie that you’ll be content to rewatch stories again.

So as of this fall KCAL will replace KCBS as the longform local news destination for five hours every morning from 4-9 am, going head to head with the more established KTTV/FOX and KTLA/CW for the duration.  KCBS will become the first station in the market to regularly run a network morning news show live, taking the live feed of CBS MORNINGS from 4-6 am while continuing to run the show 7-9 AM in what will now be an encore broadcast.   A simulcast with KCAL in the 6-7 AM hour will bridge the two runs. 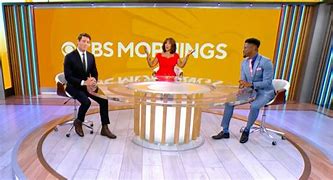 CBS can now leverage the established KCAL news brand in a more profitable daypart, as well as establish a deeper beachhead at the start of the day.  They will be able to sell spots that combine the two dayparts’ viewerships with higher ratings.  The material produced in the morning can run digitally all day and be replayed in prime time, as well as vice-versa.  And CBS MORNINGS’ two runs can be aggregated as well, thus narrowing the viewership gap between itself and its more successful competitors.

For someone who usually pokes holes in moves that I play Monday morning quarterback on, I literally cannot find a single flaw in this. and am frankly stunned no other station in a similar competitive situation had not thought of it sooner.  True, not many stations have a successful prime time news block to draw from; there are currently very few truly independent stations left in the U.S. at all.  But almost every station runs a late news, and many do operate “dot-2” and “dot-3” channels that supplement their coverage.  Building these business opportunties, as well as giving an increasingly larger audience in the wee hours the option to see the network show at the same time as 80% of the country does, has no discernable downside from this vantage point.

I’ll even offer that this approach should be considered in the Central Time Zone, where the network morning shows air on a one-hour delay.  A handful of stations have chosen to go “off-clock” and begin their shows in the 6 AM hour locally.  One that immediately comes to mind is WWL, CBS’ very successful New Orleans affiliate.  I’m sure there are others, or at least should be.  I’m old school enough where I think one should zig when someone else zags, and I’m honestly surprised when that simple logic seems to escape so many.

So if you happen to know a station owner or news director who wants to figure out a winning strategy, please feel free to forward this entry to them.  And I’m more than available to help them execute it.

Was that a subtle enough hint I could use the work?