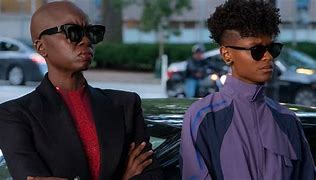 The much-anticipated and emotional sequel to the breakout MCU hit BLACK PANTHER, WAKANDA FOREVER, finally hit theatres this weekend four years after the first premiered, having survived pandemic-related delays and the death of its lead, Chadwick Boseman.

First, the good news.  Perhaps buoyed by Friday being Veterans’ Day, it opened to a blistering $84M opening day take per Box Office Mojo and is on pace for a $170M-$180M opening weekend.  Critical reviews are decent, and the establishment of Queen Ramonda and Shuri as the new central figures as the leaders of Wakanda, and the reintroduction of the classic Sub-Mariner character as Namur as both villain and (spoiler alert) possible ally established a framework for a series of sequels set in the Wakanda-verse, which is, of course, the overarching strategy of Kevin Feige and the MCU as a whole.  And it’s a strategy that turning around Disney’s current woes absolutely hinges on.

And now, the less good news: Disney’s stock price dropped earlier this week to more than a third below where it began 2022, and only rebounded slightly after an internal memo from CEO Bob Chapek  appeared that detailed impending layoffs and a renewed cost-cutting attitude.  They are relying heavily upon video to grow their business; after all, the harsh reality is that a company that targets lower middle-class families as their key demographic yet charges a $179 adult fee  (and $169 for children) to go to its theme parks needs video to succeed.  And even though Disney is growing subscribers to its bundle, analysts are aware it’s a tainted victory, as a signfiicant portion of that growth occurred from lower-priced bundle extensions from existing accounts, so revenue growth wasn’t quite as robust.

And, frankly, Disney NEEDS a black audience to have any reaosnable chance at turnaround.

Look objectively at the facts:

— Disney+ –the home of the MCU–draws a heavily disproportionate kid/teen audience : per Nielsen, 45% of its 2021 Nielsen-measured reach was 2-17, vs. an average of 19% for all streaming services.

— But among African-Americans:  Disney+’s skew is only 10%, more than 40% under the streaming universe norm.

Hulu, its more adult-reliant platform, fares slightly better, indexing at exactly 100 among AAs,  But this week also saw the end of one its more popular and acclaimed series with African-American appeal.  ATLANTA, the FX series that established Donald Glover as a visionary and a respected voice among Blacks, concluded a four-year run, not long after it dropped one of the most brilliant–and controversial–episodes in its history.  As Wikipedia recapped:

The episode, structured like a documentary, tells a fictionalized story about Thomas Washington, and his intent on making “the blackest movie of all time”, which would be A Goofy Movie.[2] Okayplayer noted that “The characterization of Goofy has origins that suggest that he’s a Black stereotype, opposite of the well-meaning (but possibly white) Mickey Mouse (although it’s rumored that the mouse was designed after a minstrel character)”, while Vice also published an article on the impact of the movie on the African-American audience.[3][4]

The episode is presented as a documentary airing on B.A.N.[a], named “The Goof Who Sat By the Door: The Thomas Washington Story”.

The documentary states that after the 1992 Los Angeles riots, The Walt Disney Company appointed a black man named Thomas Washington, an animator, as its new CEO. Washington was interested in animation since he was young and studied at the Savannah College of Art and Design, intending to work for Disney. After attending a talk hosted by Art Babbitt, the animator who developed Goofy, Washington started experimenting with animation and was soon hired by Disney. He started as an assistant animator in DuckTales the Movie: Treasure of the Lost Lamp. During the 1992 riots, Disney’s temporary CEO died and the board decided to appoint a white man named Tom Washington. However, due to a misunderstanding in their first names, Washington wound up being the CEO by mistake. Despite the board’s discontent with the decision, they were forced to keep him. Washington highlighted many changes in the company, including questioning why would Mickey Mouse have Pluto as a pet if Goofy is also a dog. He then set out to make “the blackest movie of all time”, which would tackle all subject matters regarding African-American culture, setting for A Goofy Movie as the project, even using his son Maxwell as the subject of the character Max Goof.

As progress on the movie continues, Washington began to be verbally abusive to his wife and son, which would culminate with their divorce. The Walt Disney Company started to question Washington’s leadership, especially as he started exhibiting Goofy’s traits, including his laugh. The company offered him $75 million to terminate his contract but he refused. Washington’s original ending for A Goofy Movie, in which Goofy and Max were to wander to a thrift store and sit into the seat of civil rights activist/radical Huey P. Newton and/or experience police brutality at a traffic stop as a message to black audiences, was deemed unsuitable and changed for a new version.

Several employees are questioned whether they believe if Washington’s death was an accident and it is revealed that there is a tape, which was Washington’s last footage before his death. In the tape, Washington lamented the situation with the movie and how he intended to finish it. During a screening of the movie, Washington was disappointed that his original vision was discarded and left the company. Washington’s car was discovered in a lake in 1995, the same lake he took his son to go fishing, but his body was never found. The documentary ends with his widow stating that his impact is still felt to this day, remarking that he managed to make “the blackest movie of all time”.

Yes, I watched it.  Yes, I knew the documented history of Walt Disney and many of the studio’s key animators being racist.  Told through the sharply satirical yet deeply personal view of Glover, the education was substantial, the irony obvious, and the experience hilarious.  I cannot more strongly recommend this half-hour of television as a must-watch, and it should get you to watch the rest of the series, as I know the braintrust at FX intended all along. It is reported Glover and FX may work on future projects together, and that’s encouraging.  But a single television series can only move the needle so much.  Many other spokes in Disney’s wheel are struggling.  Freeform, which has aggressively targeted Black and Latino-appeal series, is struggling mightily.  The Onyx Collectve, which falls under the purview of Freeform head Tara Duncan and described as a content brand dedicated to the work of creators of color and underrepresented creatives, is still too nascent to be significant.  ABBOTT ELEMENTARY is a well-received and growing cornerstone of ABC’s lineup, but, again, it’s just one half-hour with barely 20 episodes in the can.

The significance of a movie franchise that will have appeal to Blacks, particuarly those in North America, is absolutely essential for Disney to have any chance of a turnaround, especially amidst impending cuts that will likely stifle some up-and-coming voices who might otherwise contribute down the road.  (When businesses make adjustments, the weaker performers get targeted, and the facts are Freeform and Onyx aren’t pulling their weight).

So heck, yes, WAKANDA better be forever.  Because if it isn’t, Disney might not be.