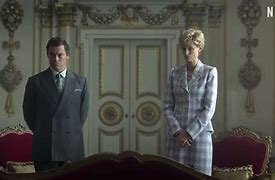 A fifth season of THE CROWN dropped yesterday on Netflix, a sure sign that holidays are coming and quality television will be available.  In four of the past six Novembers, 10 episodes of brilliantly acted, critically acclaimed, globally appreciated television was unveiled, and Netflix’s reputation as a destination for such rose markedly with each season’s release.

While it is the genius of Peter Morgan and the $260 million that Netflix has poured into Britain’s Left Bank Pictures that is most directly responsible for the behind the scenes enabling of this work, it has been Sony Pictures Television, the owners of Left Bank, that has perhaps benefitted disproportionately.  It has regularly assured that Sony will have significant representation during awards seasons (along with OUTLANDER in the years where THE CROWN was not released) and has played a role in giving Sony a stronger bargaining position with Netflix to help it sell movies and library product that contribute to its bottom line.   It helps cement a symbiotic relationship between the companies that has grown all the more significant given the losses in content that Netflix has experienced with the launch of vertically integrated walled garden competitive streamers that has cost them thousands of episodes of reliable acquired series of scale, points all the more significant as Netflix has just started to roll out its advertiser-supported tier.

The first four seasons of THE CROWN was always a celebration for both Netflix and Sony, one I got to participate  in the first three seasons of.  Admittedly, I had not much to do with it directly, my London-based colleagues far more attached to it,  but the halo effect on the operation and morale was monumental.  The series was an immense source of pride among anyone who I interacted with professionally, and when the SEINFELD deal was announced not too long after a mult-season renewal of THE CROWN it provided an influx of cash that helped secure bonuses that, frankly, at the time I really needed.  That’s perhaps why as I now look on from afar, and I notice the early breadcrumbs attached to this season, things aren’t looking quite as robust as they have in the past for either studio or platform.

The critical response to season 5 so far  via Rotten Tomatoes, both aming professionals and laypeople, isn’t quite as high as it was for the first four.  Note the five most recent additions to the show’s Wikipedia timeline:

Rotten Tomatoes reported a 60% approval rating for the fifth season based on 42 reviews, with an average rating of 6.70/10. Its critical consensus reads: “In its fifth season, it’s hard to shake the feeling that this series has lost some of its luster — but addictive drama and a sterling cast remain The Crown‘s jewels.”[36] On Metacritic, the season holds a score of 66 out of 100 based on 34 critics, indicating “generally favorable reviews”.[37]

After the fourth season, there were increased calls on Netflix to add a disclaimer to The Crown saying that the series was a fictionalized portrayal based on historical events. Calls for a disclaimer grew prior to the release of the fifth season, given that it would be released only two months after the Queen’s death. Notably, veteran actress Judi Dench penned an open letter to The Times, deeming the series as “crude sensationalism” and calling for a disclaimer to be added.[38] Netflix updated the captions on both the description on the streaming service and the season 5 trailer on YouTube to refer to the series as a “fictional dramatization”.[39] However, upon the release of the series on 9 November, no episode contained a disclaimer.[40] 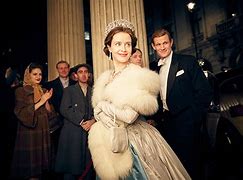 Indeed, the landscape has changed.  This is the first season of the show to be released not only since the death of the Queen, but also since Prince Philip, a role that plays prominently in this series, including this season, passed in April 2021.  With several cameos from the stars of past seasons like Claire Foy’s Elizabeth and Vanessa Kirby’s Margaret playing younger versions of this season’s actors in those roles, this also will give arguably give more need for past seasons’ episodes to be rewatched, a common occurrence surrounding the drops of bingeable new seasons of streaming TV.  Netflix’ own metrics factor this phenomenon into the weekly data dumps they supply on their website.  But now, especially with Nielsen measurement now consistently released (wth qualifers) in the US, and BARB measuring its British audience, third party data will be available to more objectively measure total reach in a manner directly connected with metrics advertisers are buying ad time on.   The impact that new, high-upside original hours could have on Netflix’s total measurable audience will not only give insight to the legs the show may still have, but also some indication as to whether Netflix successfully negotiated the right to insert ads in THE CROWN or not–a fact they have chosen not to disclose about a significant amount of their acquired content so far. 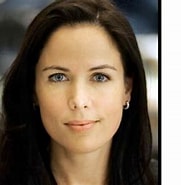 And as there are new players in Buckingham Palace, there is a new queen in charge of Sony Pictures TV–well, a Pope, actually.  Katherine Pope, fresh off a dismantling of her executive team announced last week, now is in charge of the studio of record, and will attempt to emulate this show’s track record and put carrots in front of talent she hopes to recruit that will be able to reignite the domestic end of its fire.  It would be unfair to judge her off her most recent efforts, a poorly received reboot of MAD ABOUT YOU and an ambitious female-centric extension of the BAD BOYS franchise, L.A.’s FINEST, which she developed with Sony in her previous role as content head for Spectrum Originals.  Spectrum, once known as Time Warner Cable, attempted to develop original shows to compete with the likes of Netflix in the pious hope that linear TV could still compete dollar for dollar and viewer for viewer with streamers.  They couldn’t.  They didn’t.  Both sides have move on, Pope now moving to the studio that embraced her vision as a client.

Reviews aren’t necessarily indicative of profitability.  And, to be sure, it’s not like this new season is being rejected.  But the ability to reinforce a story that will quiet some of the skeptics by demonstrating public acceptance even in light of the frets of someone as acclaimed as Dame Judi, will go a long way to helping Pope and the team she assembles curry favor quickly.  There are many good people involved, even if many others no longer are.  Yes, I’m rooting for them.

But, as the Queen herself showed during her remarkable tenure, the older a franchise becomes, the more difficult it is for a crown to stay on top.  I can’t say I’m all that more enthused by anything else coming down the pipe, so perhaps longer-tail viewing might tell a promising story.  I sure hope there’s one to tell, and that those still left are empowered to tell it.  It might make things a bit less uneasy going forward.