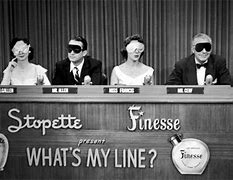 The revelation this week that none other than America’s Mayor and your favorite insurrection supporter Rudy Giuliani was both booked and (thankfully) first out on this spring’s upcoming season of THE MASKED SINGER made headlines.  Yesterday the Hollywood Reporter weighed in with a scathing opinion piece calling it “a new low for TV image laundering”.

THE MASKED SINGER is, at its root, nothing more than a celebrity competition show that updates the concept of guest stars wearing disguises that a panel of other celebrities attempt to figure out who is underneath the cover.  It is hardly an original idea.  Decades ago, a show called MASQUERADE PARTY featured a similar, non-performing premise–a 70s version featured Richard Dawson’s first hosting stint that helped set him up for later fame on MATCH GAME and FAMILY FEUD.  Heck, more than 70 years ago WHAT’S MY LINE? had its panel wearing masks. So let’s immediately dismiss that this show is some unique cultural touchstone that has some arbitrary standard of high-and-mightiness.  It is neither original nor impactful. 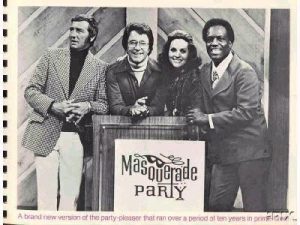 Three years ago FOX imported this format from South Korea and caught lightning in a bottle yet again with a performance competition that began outside the United States.  Twenty years ago this summer FOX did the same thing with AMERICAN IDOL, which was thriving as POP IDOL in the UK.  Once again, IDOL was merely an elaborately staged update of a format that had been previously produced decades earlier.  In the 80s, it was STAR SEARCH; way before that, it was TALENT SCOUTS.  IDOL had been rejected several times earlier by several FOX executives; were it not for the fact that Elisabeth Murdoch was a personal fan who coveted it for SKY TV and lobbied Daddy to take a look at it himself it is likely the show would have gone ignored again.  We know what happened next.One can hardly fault Rob Wade for turning to this formula again.

THE MASKED SINGER was not quite the phenomenon that IDOL was, but its premiere season in winter 2019 did average 11.57 million viewers and a 3.8 rating among adults 18-49, FOX’s target demo.  An episode that aired after the 2020 Super Bowl was seen by 23.7 million viewers.  A month later the world shut down.  Since then, the show has lost more than half its premiere season audience and its season 6 premiere episode last fall was -80% below that post-Super Bowl zenith.  That’s the same neighborhood of decline that CNN’s prime time audience has seen January ’22 vs. January ’21.If you saw this week’s spin on that from FOX News’ website, you know how FOX looks upon ratings declines of that magnitude. 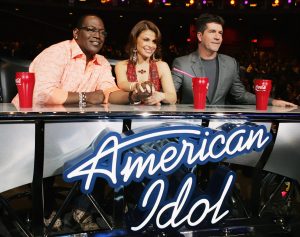 So the idea that the upcoming season needed a ratings boost is neither unwarranted nor unprecedented.  And like it or not, Giuliani is a recognizable public figure who attracts attention–there is no such thing as BAD publicity.  He also has a following among people who likely watch FOX News and a significant portion of FOX News Channel viewers watch FOX news on their affiliates.  We’re a month out from their Season 7 premiere, and even without visual evidence the attention being paid to this is far greater than that of any other booking the show has ever had.  If the show breaks 5 million viewers, it’ll be an improvement over the Season 6 premiere, a rarity in an ever-fractionalizing video landscape these days.  Tucker Carlson averaged 4.3 million viewers per night in December 2021.  There’s some low-hanging cross-promotional fruit right there.

If one is morally aghast at the idea of someone with Giuliani’s sullied reputation attempting to cash in on it, you have the ultimate vote.  Don’t watch.  If enough of you do the same, this is the equivalent of the tree in the forest with no one listening, and the likelihood of, say, Stewart Rhodes being booked for DANCING WITH THE STARS is minimized.  Maybe he’ll turn up on FUNNY YOU SHOULD ASK–after all, there’s a vacant seat on that show (too soon?) 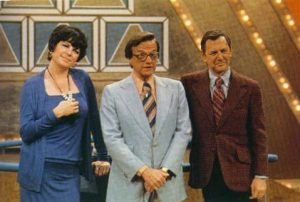 Back in the 70s when celebrity game shows were prolific those shows would frequently turn to B level stars whose best days were behind them but who still were immediately recognizable to goose ratings.  Getting Jo Anne Worley and Tony Randall to play THE $25,000 PYRAMID then was as strategically sensible then as it is to book Rudy Giuliani now.  To the best of my knowledge, Randall never participated in any sort of rally to destroy the Capital.  But I’ll bet he and Rudy saw a few opera performances at Lincoln Center at the same time.

PYRAMID is taping new episodes shortly.  Sadly, Tony’s gone, and I doubt Jo Anne will be booked.  Thankfully, I suspect Rhodes is probably not very good at word games.  At least one can hope.