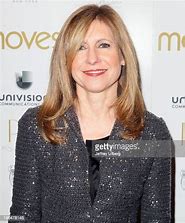 These are the types of internal memos that are difficult for me to write, since I attempt to be creator friendly.  Months of research, development, casting and post-production goes into the creation of an hour of television, even unscripted.  Heck, you oversee Bravo and Oxygen, among other linear networks; you know unscripted TV better than most.

So you should also know that when I put the live-plus-same-day performance of the second episode of THE COURTSHIP that aired from 8-9 PM EDT this past Sunday night on NBC into perspective, it is not without forethought that I sum it up this way:  It sucked.

Yes, it did skew relatively young–among adults 18-49, it did round to a 0.1.  You did edge out the Critic’s Choice Awards on the CW on a pure program basis head-to-head.  We’ll set aside the fact that the awards also aired on cable networks simultaneously and that the CW reaches fewer households than does NBC.  And, yes, it went head-to-head with AMERICAN IDOL, which even in these muted times still was the best-performing broadcast network show for the night.   And sure, overall usage levels for the 8-9 PM time slot on the first Sunday of Daylight Savings Time do tend to be depressed.

My speculation is that when you got the elevator pitch of BRIDGERTON meets THE BACHELOR, it may have resonated with you more than many.   The high concept of setting a singles show in a Victorian era construct clearly resonated with some of the team you oversee.  I mean, what young lass doesn’t dream of being wooed by a handsome courtier in a manner that runs completely counter to “swipe left”? 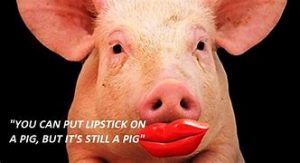 In the 20th century, that may have been true.  In the 16th century, that was certainly true.  But we’re now in the third decade of the 21st century.  We may want to reconsider that theory in light of this performance.

I suspect you may already made up your mind to make a move and may just be waiting for the official release of confirmed data from Sunday night, or perhaps even the live-plus-threes most of your team now sees as the de facto first measurement, to make your move.   I suspect there may be a few lagging time-shift viewers out there somewhere.   And sure, the Oscars loom as competition the week after this, so making a move now may appear to be counterintuitive at first blush.

Respectfully, puh-leese.  Any more of an attempt for spin would make us both dizzy.  This is classic lipstick on a pig territory.  Let’s not wait on this one. 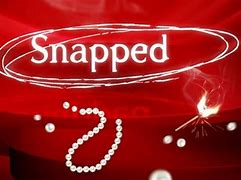 You have an obligation to your board, your investors and the legacy of General Sarnoff to set a standard for the primetime viewership of a 96-year-old broadcast network to at least reach seven figures.  That’s about a 0.3 rating, in case you need some back-of-the-napkin math.  1 million out of 308 million.  Anything south of that is trashing the history of television far worse than THE COURTSHIP may be trashing the legacy of romance.