I admit I’m sometimes late to parties, so by the time I discovered the phrase that serves as today’s entry’s clickbait it was a bit passe.  But as the person who introduced it to me would use the opportunity to reproduce extremely flattering photos of themselves from their modeling days (happy birthday, name withheld, BTW), apparently still clinging to the remnants of its earlier popularity, I kind of still have warm feelings about the way things used to be.

And, it appears, so too do Craig Ferguson and my old friends at Sony TV.  During a week that used to be a big global party in Las Vegas or Miami called NATPE, that was now reduced to a more muted press-free, invite-only “summit” of local stations and the few companies still actively selling TV shows to them, a real, actual, original late night pilot was announced, with screenings available to interested buyers.    And Variety! reported on its announced launch much like they used to with its daily convention editions that got repurposed to the unlucky few still left home.  Penned Brian Sternberg:

Sony Pictures Television aims to launch a new half-hour syndicated late-night talk show led by Ferguson in the fall. “Channel Surf with Craig Ferguson” will review “the shocking, surprising and hilarious moments of the week’s shows,” joined by friends and guest stars. A pilot was shot in the U.K. this month, and Sony Pictures Television will take the show out to potential buyers this week in Los Angeles. 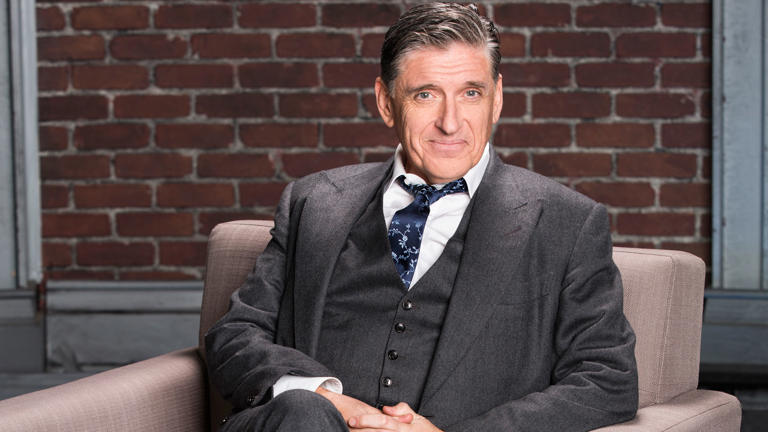 “With a shortage of sitcoms available for stations, viewers need a place to laugh. ‘Channel Surf’ is that perfect show,” said Zack Hernandez, senior vice president of US syndication sales for Sony Pictures Television, in a statement. “Craig is an extraordinary talent who has excelled in late night, daytime and primetime and has incredibly high awareness. Viewers know and love him. Craig shot a hilarious pilot, and we can’t wait to reintroduce our buyers to him and look forward to giving audiences a chance to watch this very funny show.”

Yep, that’s exactly how we used to do it.  Identify a perceived marketplace need, no matter how aspirational it might be.  Layer in a few positive facts about the track record of the host, albeit with not a lot that’s reflective of how the show itself might be received.   Shoot a pilot (these days, far more financially responsibly).  Announce the intention to “take the show out”.  Aggressively push the concept, get a few yesses from friends and smaller markets, and then pray like hell someone in the major cities agrees with yoy, is empowered to make an offer and determine if you can still afford to take a chance knowing full well the limitations of breaking through.

More often than not as of late, first-run syndication, particularly for shows not aimed at daytime audiences, have been unable to get launched, or if they did they struggled.  Ferguson himself was part of two such recent efforts.  When new management took control of Tribune in the early 2010s, who at the time controlled major stations in New York and Los Angeles and the WGN Superstation in Chicago, they were motivated to launch syndicatable shows.  Ferguson was supposed to host a half-hour, traditional comedy-oriented talk show, aimed at prime access time slots, on the heels of his recent departure as the host of CBS’ LATE LATE SHOW for nearly a decade.  Sinclair Broadcasting was supposed to join Tribune in being able to provide the balance of a large enough national lineup to take such a risk for a daypart that had not programmed talk/variety for decades.  At the eleventh hour, Sinclair management stepped in with onerous demands that ultimately resulted in the project being aborted, much to the frustration of Tribune’s top brass.

As a consolation prize, they gave some plum time slots to CELEBRITY NAME GAME, a Fremantle-produced ripoff of PYRAMID that was originally a busted prime time pilot at CBS with more executive producers than anything else being produced at the time, and the leverage of Debmar-Mercury’s sales force and a rapidly rising FAMILY FEUD to jam it down the rest of the country’s throats.  It simply never took off, and was ultimately cancelled after three tepid seasons, even with Ferguson having earned a Daytime Emmy Award nomination in the process.

Just before this all went down, Tribune attempted their own version of a throwback on a Monday-Friday basis, resurrecting Arsenio Hall from obscurity a quarter-century after the breakthrough debut of his hipper, hotter late night alternative to Carson, one that doomed CBS’ PAT SAJAK SHOW to an early (and deserved) cancellation as many more progressive CBS stations opted to pre-empt or delay SAJAK.  But the 2013 effort fizzled quickly, with the audience that loved him then either now attached to the more entrenched network shows he once competed with, having aged into the demo themselves in the interim, or, like so many others, simply not watching late night TV in late night.  Since then, the marketplace has been loathe to even try and launch late night-oriented shows, having been scared off by this failure.

And if the description of CHANNEL SURF is accurate, this appears to be more akin to another former late night “hit”, TALK SOUP, which used clips from other shows and a wisecracking host with maximum cost efficiency, and actually carved out a decent amount of audience in less competitive times.  And with Tribune now out of the television business, and WGN America now a news-oriented channel, there may not quite be the level of appetite there once was in top markets.  That said,  adding guest banter to the mix to take advantage of Ferguson’s history is a new wrinkle.  And Sony companies know how to produce light hearted celebrity interview banter on a budget, with Michael Davies having produced Andy Cohen and Bravo’s WATCH WHAT HAPPENS LIVE for more than a decade and still going strong.  So it would appear the cost of doing something like this vs. the Hall show is much lower.  And as any good researcher knows, producing half-hours whose ratings can be aggregated with back-to-back runs in a one-hour time slot enhances the chances the national time might be actually large enough to sell real brands against, rather than litter it with short-form infomercials.

And there may just be some openings out there that could help get this off the ground.  CBS has yet to announce a replacement for James Corden, who replaced Ferguson in 2014.  Rumors persist that Seth Meyers may end his 12:35 show within the next couple of years, reportedly being groomed as the replacement to run Saturday Night Live when Lorne Michaels retired.  And in many Central Time Zone cities, some ABC affiliates have adjacencies to NIGHTLINE that this show might be a better fit for than, say, second runs of an afternoon, issues-oriented show like TAMRON HALL.

So despite the long odds against them, I’m rooting for my old friends and their new friend to inject some life into an industry that has lost a lot of the luster and instinct that it once had.  When NATPEs were bacchanals, competition was fierce, and people who made decisions were actually saying yes to ideas that came from someone else besides their upper management. or saying no because their CFOs refused to take risks.

Aside from a few more old photoshoot pics, that’s a Throwback I’d love to see any,  Any day of the week.