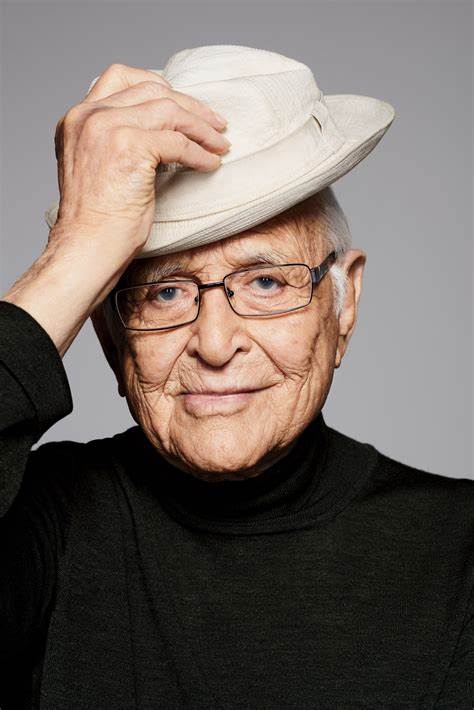 Norman Lear begins his second hundred years today, and based upon the output and resilience he has displayed in his first hundred, I’m not betting against him making a third century just yet.

Mr. Lear (and, frankly, with his track record and seniority it’s disingeneous to call him anything BUT Mr–unless, as in my case, he insisted you call him Norman) has done more than any one of us can ever hope to accomplish in our respective lifetimes to not only give us joy and humor but also get us to appreciate every aspect of human interaction and emotion, both positive and negative,  The first two paragraphs of his unusually accurate Wikipedia page sum up his CV with jaw-dropping succinctness:

Norman Milton Lear (born July 27, 1922) is an American television writer and film and television producer who has produced, written, created, or developed over 100 shows.[1] Lear is known for many popular 1970s sitcoms, including All in the Family, Maude, Sanford and Son, One Day at a Time, The Jeffersons, and Good Times. Lear continued to actively produce television, including the 2017 remake of One Day at a Time and the Netflix revival of Good Times in 2022.[2]

Lear has received many awards, including five Emmys, the National Medal of Arts, and the Kennedy Center Honors. He is a member of the Television Academy Hall of Fame. Lear is also known for his political activism and funding of liberal and progressive causes and politicians. In 1980, Lear founded the advocacy organization People for the American Way to counter the influence of the Christian right in politics, and in the early 2000s, he mounted a tour of the Declaration of Independence.

I strongly encourage you , whether or not you’re familiar with his body of work or not, to discover or revisit some of his bodies of work today or soon, as they are both timeless and hilarious . 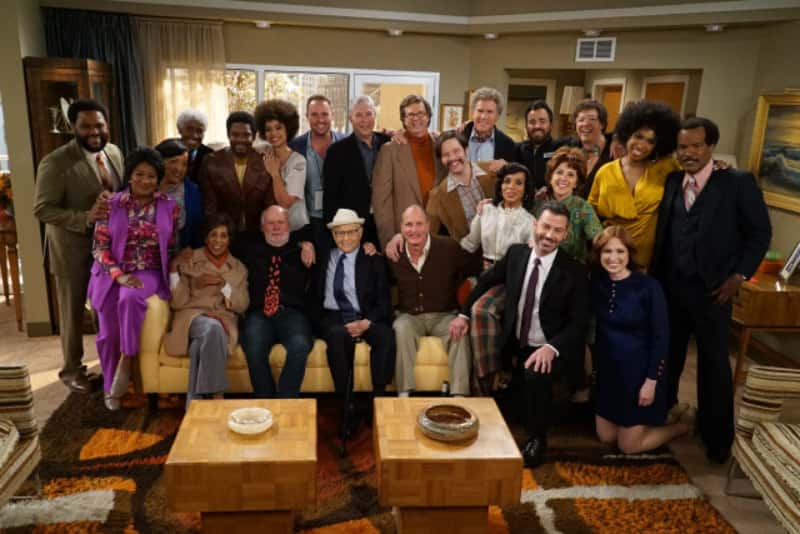 As the recent success of the Emmy-winning LIVE IN FRONT OF A STUDIO AUDIENCE restagings of several episodes of his series attest, what was funny and popular in the mid-70s and early 80s is just as much of both decades later, much like Mr. Lear himself.  And there’s plenty of other places on the Internet where people who have known him longer and deeper will be toasting and reminiscing about the impact he has had on their careers and lives from the shows and causes he got to produce.

My lasting memory of Mr. Lear is based upon my experience with a show he only produced as a pilot.  But GUESS WHO DIED was a passion project of Mr. Lear’s, indeed the first broadcast network sitcom pilot he got the chance to even make in more than 20 years.  I was given the opportunity–and the onus–to conduct the testing of this pilot for Sony.  It was based around residents of a Palm Springs retirement community, and featured Hector Elizondo as a spry but mourning widower who falls in love with his sister-in-law, played by the incomporable Holland Taylor, who is a more reserved but equally intruiguing version of her late sibling.  Peppered in cameo roles throughout the episode are recognizable veteran actors still hoping to keep their SAG insurances current, including Christopher Lloyd, Paul Sorvino (RIP, sir), Mitzi McCall and yes, an uncredited Mr. Lear himself as a resident who barrels through the community on a runaway golf cart in a Hitchockinan easter egg appearance.

When Mr. Lear published his autobiography the year before, the New York Times profiled his development of this show and the casting process for these roles, which featured many of these older actors who were once more prolific during our childhoods grateful for even a chance at a role, let alone the chance to work with someone they clearly revered.  It was obviously something very special to him, and, frankly, to Sony.  They were still interested in producing broadcast network comedies at the time, and from the top of studio management down this had an elevated level of importance. 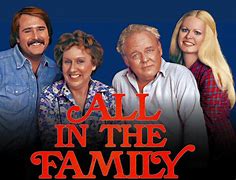 I also knew that Mr, Lear generally detested research.  His development of ALL IN THE FAMILY was hampered by mediocre testing results for earlier pilots he did at ABC and CBS with Carroll O’Connor and Jean Stapleton in their familiar roles, but different actors in the roles of Mike and Gloris.  His valid complaints essentially revolved around his frustration with what he saw as the simplistic process of two dozen housewives in the San Fernando Valley turning a few dials and having dispassionate geeks dismissively address the trajectory of those dials and then pontificating on the implications of that for American pop culture–as if those traces were a more accurate barometer than his leadership of far more talented creatives who shaped the very landscape of television. 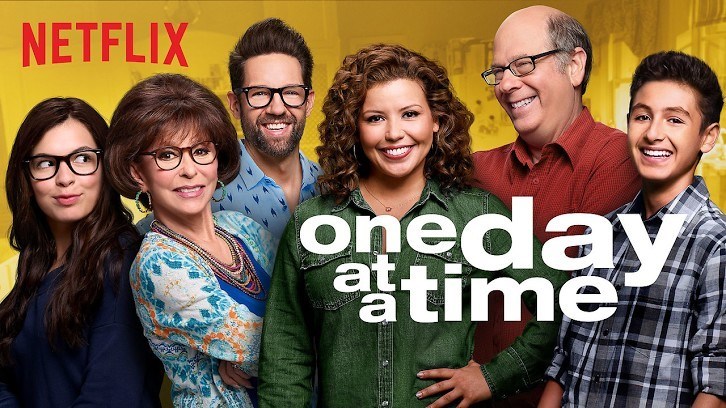 But as someone who truly respected him, and was a fascinated omnipresence on the set on the Netflix ONE DAY AT A TIME revival, I had apparently earned enough street cred with him that he personally showed up for what he said was one of his first focus group debriefings in decades.  The methodologies we employed were more nuanced and sophisticated than what he had previously seen, with colorful dials that cut the responses of more than 200 people who watched the show remotely in highly specific buckets, with the ability to sync dips and rises in the dials with actual scenes.  We could employ the same precision with pinpointing what appealed to women 35-54 who were fans of WILL AND GRACE as Mr. Lear could in looking through scenes on a quad split in studio seeking the best camera angle to use in a final cut.  With the presence of the vendor who helped develop the technology, our presentation was in good hands.

The show was, unfortunately, only modestly received.  We were nervous about sharing these meh results with Mr. Lear and his team, given how much they had invested and how upbeat they were about what they had turned in.  We showed him several iterations of the data and where we felt the respondents had given direction for why they reacted as they did.  After we finished our download, the majority of his team went off with our executives to do a post-mortem, but Mr. Lear stayed behind.  “I’ve never seen data presented so clearly”, he exclaimed with the curiosity and eagerness of a child.  “Can you show me how this thing works and how I can create some more breaks on my own?”

So my boss, my business partner, myself and Mr. Lear sat in an empty conference room for nearly two hours, letting a master take over the machine and answering the sea of questions that resulted from it.  When his curiosity was finally satiated, he pumped our hands with ebullience and exclaimed the title of his recent book.  “Even This I Get To Experience!!”. 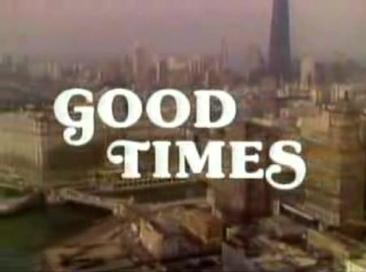 No, GUESS WHO DIED wasn’t made, but GOOD TIMES is in production for a scheduled debut later this year, in animated form for Netflix, thereby guaranteeing Mr. Lear will have content on the air in an eighth decade as he enters his ELEVENTH.  Another LIFOSA special, reportedly to include a restaging of MAUDE, is planned.  And there are other projects in development.   He moves only slightly slower these days, often with a cane or sometimes a wheelchair, but his mind is as fresh as those of people a quarter of his age, and everyone he touches is astounded that he continues to have the level of energy and passion he does.

Well, as I experience my own subtle ageism backlash at a much younger age, I’m cheering Mr. Lear even more than ever, because he’s a de facto spokesperson that whatever truth the calendar may reveal what REALLY SHOULD matter is how relevant and current one can be.  I”m truly thankful that I had the chance to give Mr. Lear the chance to learn that modern qualitative research isn’t as awful as he once believed, much like the quality of the equipment he works with now is superior to that of what he started with on the COLGATE COMEDY HOUR in 1952. 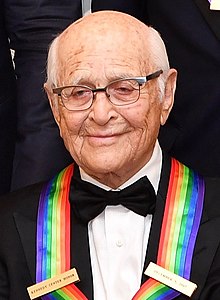 We should all pray to be as alive and as active is as he begins his second century.  He’s a LIVING legend, one who actually look at a building renamed for him (one I proudly worked in, BTW) and know his name and plaque was earned, not bought.

Even this WE get to experience.  And I sure hope we continue to get that opportunity a lot longer.