As a producer, particularly in the realm of reality television competitions, few have been as successful and impactful as Mark Burnett has been.  For more than a quarter-century, he has created, nurtured and developed unique, emotionally charged series with life-changing stakes and a flair to cast competitors who audiences can develop attachments to over the course of the weekly eliminations that would chart both their results and the interactions with other competitors.

SURVIVOR was an unquestioned game-changer for CBS when it premiered in the summer of 2000, delivering record ratings and younger audiences the network had never seen for decades.  A million dollar reward for simply existing and finding ways to “outwit, outplay and outlast”?  Yes, please.  And say what you will in hindsight about THE APPRENTICE, but taking a similar approach to the business world and having people literally beg for the chance to work for Donald Trump and family–not to mention finding ways to edit together something that made him look both credible and, at the time, likable?  Compelling.  And, at least initially, high-rated.

My connection to Mr, Burnett was with SHARK TANK, a show that evolved out of a somewhat simpler Canadian series called DRAGON’S DEN.  In a way, it took some of the need to succeed in business while really trying aspects of THE APPRENTICE and put the task of developing a product and a pitch in the hands of the competitors, not the producers.  The casting of a set of judges and juries made up not of family members or peers but of telegenic, credible businesspeople, particularly the charismatic Mark Cuban and, as early research showed, the most villanous of the Canadian series’ “dragons”. Kevin O’Leary (aka “Mr. Wonderful”), made SHARK TANK a breakout hit for ABC and a franchise still paying global dividends for Sony TV.

But by the time I had had the pleasure of working on the show, Mr. Burnett was essentially detached from it, ostensibly running MGM Television, incorporating various companies and IPs he had connection to that reunited MGM with the UA brands it owned during previous eras, and attempted to breathe new life into an iconic studio brand that, through various ownership missteps and indulgences, had deteriorated greatly.  MGM needed someone with Burnett’s salesmanship skills, not to mention his portfolio, to legitimize its continued existence.  Three years after he joined MGM Worldwide TV, Burnett was promoted to group chairman.

And, as an executive, for the next five years, did extremely little to grow the business, living off the successes he had previously created, as well as the brains of others who he was in business with.  And, as Kim Masters and Lesley Goldberg jointly recounted in yesterday’s HOLLYWOOD REPORTER, his tenure as an executive was disruptive in many other ways:

His tenure at the studio delivered a number of early sales — Fox’s Beat Shazam and CBS’ TKO — though none have come close to the type of breakout hits for which he is best known for delivering.

As previously detailed in a November 2020 THR story, Burnett was best known as an agent of chaos at MGM as the studio weathered high-level executive departures and at least one HR complaint. Sources said Burnett had tendency to meddle in areas in which he had no defined role and would frequently badger and criticize staffers and fellow executives. It’s also worth noting that MGM TV president Steve Stark — not Burnett — was the driving force behind MGM’s prestige TV hits including FX’s Fargo and Hulu’s Emmy-winning The Handmaid’s Tale. Stark stunned colleagues in February 2021 when he stepped down a year into his new contract after a decade with the studio as part of what sources described as the “Burnett-ification” of the company. 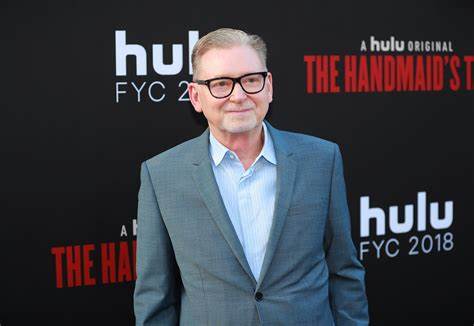 It was Stark, as well as former NBC president Warren Littlefield, that was directly responsible for MGM’s scripted series,  John De Mol of Talpa created THE VOICE, a series that was perhaps the most successful attempt to tap into the AMERICAN IDOL obsession to be a star.  In the game show world, where Burnett could literally walk into a room and, as several of his former colleagues personally told me, “sell snow to an Eskimo and a concept in the room”, the likes of Mike Darnell and Jeff Apploff, as well as loyalists such as his right hand Barry Poznick, were far more crucial to the execution process than Burnett was.

One example of Burnett’s salesmanship that never materialized into anything close to what was promised was the ABC quiz show 500 QUESTIONS, one of the first sales he made under the MGM banner.  With Darnell’s Warner Horizon in tandem, the show promised the level of excitement and reward WHO WANTS TO BE A MILLIONAIRE gave ABC many years earlier, in a quest to find a genius that could answer 500 questions in a row.

In its first season, its most successful contestant barely reached a third of that goal.  When the show ended an even less successful second season, and its brief run, its champion at the time had not yet reached half of that number.  Indeed, in either season, the total number of questions asked barely exceeded 500.

And that was one of the more successful concepts Burnett put his name on during his executive tenure at MGM Worldwide.

So yesterday’s announcement by Amazon senior VP Mike Hopkins that told the company that Burnett was departing at the end of this year was neither unexpected nor, frankly, undeserving.  Film executives Michael DeLuca (like Burnett, a creative genius with a checkered personal history) and Pam Abdy had previously departed.  Jennifer Salke, an NBC executive who once ordered many series from Burnett, has done an extremely credible job during her run at Amazon which has paralleled Burnett’s MGM tenure.  Between her, Hopkins and Albert Cheng, among others, Amazon is far better shape than the MGM that brought Burnett on for justifying its existence and, likely, its salability.   Burnett has profited considerably from this sale, alleviating him of any need to ever work another day of his life.

But, more than likely, he WILL work–hopefully with a renewed dedication to creativity that was honed while selling T-shirts on the Venice Beach boardwalk in the 1990s.  If I’ve learned anything at all, creatives need to be creative, and executives need to rely upon people like Mark to be just that–and people like Burnett need to rely on people like Salke, Hopkins, and yes–even moi–to better target their arrows and opportunties.

So while his torch at MGM may be extinguished, here’s hoping he will indeed live up to what I believe are the sincere thoughts Hopkins expressed in his follow-up memo to his team yesterday, as reprinted in THR: 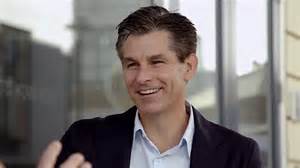 I wanted to follow up by thanking him for his countless contributions to our success and, on a personal level, for his partnership and counsel throughout the integration. I know you’ll all agree that he is one of the most innovative, creative, and prolific television producers in our industry, and we have been extraordinarily fortunate to have him on our team.

Mark’s stepping aside of course raises both opportunities and questions about how we’ll be organized moving forward. You’ll be hearing more about this shortly.

And here’s hoping someone in a position to put me in front of a tribal council of Amazon executives reads this, and perhaps might give me a chance to dive into the tank?