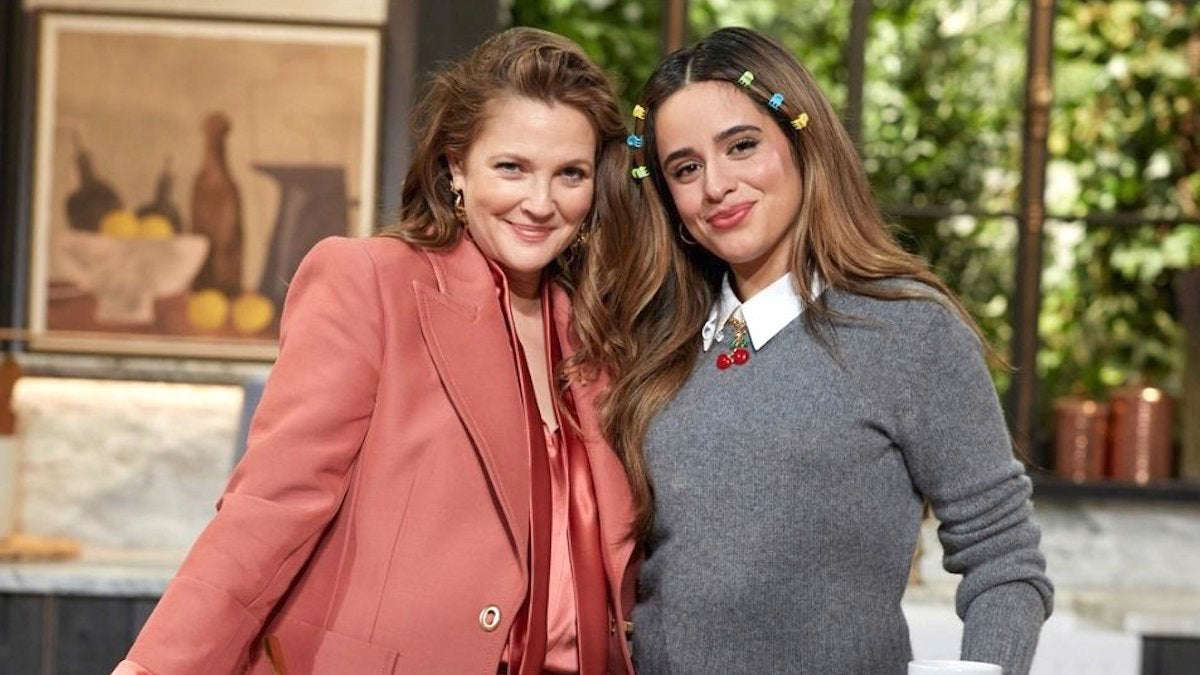 Before anyone accuses me of being overly negative yet again, let me reinforce:  I LIKE The Drew Barrymore Show.  I was ecstatic when CBS Media Ventures actually went ahead and launched the show on schedule in the height of the earlier days of the pandemic in September 2020, one of the few newly produced programs of any kind making its way to any channel or platform at the time and providing a larger daytime audience with a fresh face, some new attempts at topical and informational content and, frankly, a welcome change from the reruns and stale competition at the time.

And yes, unlike most males of my age, I can completely identify with the emotion, rawness and honesty of the Josie Geller character she played so endearingly in NEVER BEEN KISSED.  I was sold on the show the moment I saw she devoted a segment where she played her flawlessly as an “entertainment reporter” contributing to the show via split-screen.  And like any passionate baseball fan, I dream of finding someone as understanding and open as her character in FEVER PITCH was to Jimmy Fallon’s Red Sox-obsessed teacher, and continue to learn each time I rewatch it that everything is better in moderation.

So, yes, I was encouraged when I saw the headline attached to Sharon Knolie of THE WRAP that crowed about how, as the show unveiled a revised format for its critical third season, the move paid off dramatically:

The daytime talk show that debuted in September 2020 saw the sharpest annual increase of any syndicated show, with a live plus same day national Nielsen rating of 0.8 for the week ending Oct. 9.

Barrymore has also seen an enviable line-up of guests this season, including George Clooney (who directed her in 2002’s “Confessions of a Dangerous Mind”) and Grammy-winning “The Voice” coach Camila Cabello.

New talk shows from Sherri Shepherd, Jennifer Hudson and Karamo Brown held their own, with “Sherri” at 0.7, “The Jennifer Hudson Show,” at 0.6 and “Karamo” at 0.3, in line with their previous ratings this season.

So the CBS MV spin is that the format change, a request of their co-managed owned-and-operated stations group who are in the midst of rolling out numerous new local newscasts to take fiscal advantage of competitive midterm elections, drove the growth, even as she faced new, aggressively-launched talk competitors for the first time, many head-to-head with her in local markets.   And yes, it is absolutely true that on the baseline metric that the show is monetized by CBS MV–national houehold rating–an increase in that number occurred.

Except a lot of what did happen is ulimately a redefinition and the limitation of how that national household rating is calculated and reported, and honestly, it’s not all that original an idea.

When national syndication ratings began to be reported in the 1980s distributors, particularly those with weekly variety shows and situation comedies, would push for multiple runs. knowing the limitations of many of the stations they would often wind up on relative to the more established network affiliates and higher-rated prime time slots. Some more traditional distributors, or those with less “clout”, would not be able to get as many multiple runs as others, thereby skewing the playing field in terms of a program’s effectiveness to actually deliver an audience.  As a compromise to this predicament Nielsen, in concert with many like myself, developed a hashtag modifier (long before social media made it a thing) and a separate reporting column for these incidences, which was called a “GAA”–gross average audience.

The GAA was effectively additive, and produced larger numbers which sales teams would then seek to position optimally.  Over time, the practice of multiple runs became dominant; eventually, advertisers became so enured to accepting the GAA that the AA began to be diminished even in trade press.  And kudos to executives at Fremantle and Debmar-Mercury for having the sechel to know this when their own signature show was undergoing a radical change.

In 2010-11 FAMILY FEUD, which had been limping through its third incarnation for just over a decade with three different hosts, several set and forma tweaks and a rapidly diminishing lineup, threw a hail mary and installed Steve Harvey as host.  Using some clever and well-received You Tube clips of his more comedic banter with families, Harvey’s initial impact was positive, and the show began to edge up in rstings at a time when others were declining.   Other entrenched shows such as JUDGE JUDY were aready  capitaiizing on their success by offering additional episodes and runs to its clients.  This timing was also in line with how Nielsen was becoming more responsible in measuring time-shift viewing via DVR, incorporating multiple streams into their measurement.   And as Paige Albaniak reported in Broadcasting and Cable  in spring 2011, Nielsen changed the definition of AA to what was GAA:

In a nod to modern viewing habits, Nielsen is modifying the way it tallies “average audience” ratings, and most syndicators support the change.

In many cases, but particularly in the cases of shows with robust double-runs such as Judy or Warner Bros.’ Twoand a Half Men, the GAA rating paints a much stronger performance picture. All syndicators sell national advertising in syndicated shows on a GAA basis.

“The perception is that Oprah has the most viewers in daytime, but the reality is Judy does,” says John Nogawski, president of CBS Television Distribution. “Nielsen’s latest changes now accurately reflect this.” 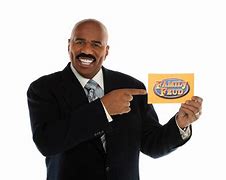 So if one looks at the trajectory of FAMILY FEUD’s national ratings from spring 2011 vs. spring 2010, one will see a near-doubling of the national rating.  The perception of Harvey’s impact was dramatically enhanced.  By the time I joined Game Show Network the following winter it was all but determined that the network would pay (relative) top dollar for Harvey episodes, knowing full well that if national advertisers loved seeing their spots run twice a day, adding eight or ten more telecasts of their commercials per day would be worth quite a bit to Debmar, Fremantle and their national advertising sales rep (Fox).  Once the GSN runs were integrated, FEUD’s national ratings jumped even higher, frequently outrating even JEOPARDY, WHEEL and JUDY,  and for all intents and purposes they haven’t looked back since.

What DREW did was effectively borrow from that playbook.  And with far smaller national ratings these days due to splintering and erosion, and a trade press stubbornly refusing to expand the detail of their reporting beyond one decimal point, the +60% year/year headline is factually correct, and is likely making Josie Geller very happy this morning.  Except…

But we don’t know any of this for sure,  possibly because CBS MV declined to make such detail available, or the Wrap reporter didn’t think to ask.  This reporting coming on the same day when Netflix boldly announced their 2.4M subscriber growth to an excited investment community and then in the same breath went on to say that in future quarters they will no longer report subscriber numbers, insread focusing on revenue as a “more accurate reflection” of their revised value proposition as they roll out their advertising model.

That’s their prerogative, of course, but it should not stop press and investors from pressing for that subscriber count, as revenue will still be driven in large part by subs, and the impact of subs opting out due to competition, price point, password sharing issues or even churn needs to be monitored, particularly since those metrics have benchmarks over many years.  Indeed, down the line some of the news could even be positive.

Good reporting and accountability works in other industries and among people who are smart enough to do a little digging.  I don’t think that’s a skill set completely limited to more veteran observers like myself, though I’ll eagerly remind anyone reading this that I’ve still got ’em, and clearly I did more digging on my own that did Ms, Knolie.  And kudos to CBS MV for taking full advantage of her laxity.

Maybe Josie Geller could have done a better job for the WRAP.  Or me.  Or maybe we could team up?  For me, such an outcome would be even better than a kiss on a pitcher’s mound.