The above phrase, a signature of the immortal philopsopher George Costanza, may very well explain everything from last week’s folding of controversial digital media firm Ozy Media to the global phenomenon of Squid Game, let alone the popularity of ivermectin.

Many who have compared my hairline to George’s have equated Leblanguage to Costanzan.  At its root, it defines the concept of living one’s truth, which means it is virtually impossible for anyone to counter.  When truth is parochial, it can invoke passion and change.  When that truth impacts others, it can be financially and even medically disastorous.

Ozy Media is a digital content company founded by a charismatic former CNBC executive named Carlos Watson eight years ago.  Using a combination of wit and insight along with aggressive online marketing, it quickly built a reputation as a growing competitor to the likes of Politico, Vox and HuffPost.  In recent months, it sought investments from the likes of Goldman Sachs and began to hold meetings to solicit those investments. 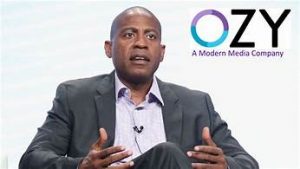 The problem is, Watson and executives like Samir Rao built this reputation on a series of half-truths and internal pressure on employees to not only embrace it but to champion it.  Writers were regularly screamed at to overproduce content and produce viral-worthy content to create click-worthy stories to drive traffic.  The very name Ozy Media came from a myth that Sharon and Ozzy Osbourne invested it in, a claim later challenged by the Osbournes themselves in court.  Meetings with potential investors touted unique user data from proprietary sources that were grossy and falsely inflated.   Finally, Rao impersonated a You Tube executive at these meetings toward the goal of enhancing the credibility of those false stats.   A New York Times report released two weeks ago that revealed these actions resulted in many of Ozy’s existing investors pulling their funds, resulting in Ozy’s abrupt announcement on Friday that it was folding.

On the surface, it’s news.  In context, it’s not.  In a world where Netflix has declared its own internal data to be the determinant of media success we are being subjected to trusting them to declare that Squid Game will soon trump Bridgerton as the most-viewed scripted series on our planet.  And yes, we use the phrase “trump” to reinforce the noun “trump-ism” that has allowed a medicine ostensibly for the treatment of tapeworm in equines to emerge as a viable alternative for vaccines in the minds of tens of millions.

People feeling pressured to watch a buzzworthy South Korean TV series is one thing.  Investors feeling that they’ve been duped by a woke media company is another.  People dying from shooting themselves up like a thoroughbred is still another.  None are acceptable outcomes, and we would offer likely not the intent of Jerry Seinfeld, Larry David and their writers when Jason Alexander uttered these immortal words.

Maybe it’s about time that Jerry stepped in with his immortal advice to George as he questioned his worthiness of pursuing Dedee Pfeiffer at the lunch counter at Monk’s: “if every instinct is wrong, then the opposite must be right”.  George’s epiphany? “Now I will do the opposite, and do something!!”.

Go for it, George.  Before we lose any more time, money or life from believing lies.