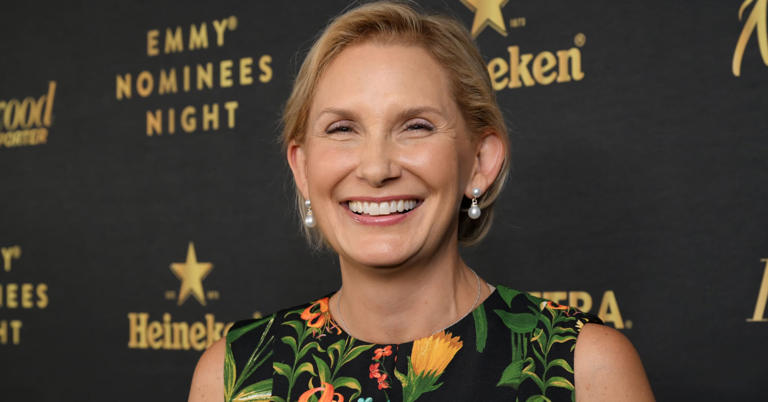 Yet another announcement of a CEO leaving a media company and a series of impending layoffs dominated my entertainment news media feed yesterday, and this one was deemed by many observers to be particularly surprising.  AMC Networks CEO Christina Spade is leaving her post effective immediately, and chairman James Dolan accompanied this news in an internal memo which CNBC obtained and, on its website, reported that, in addition, layoffs are expected to happen in the coming days and amount to about 20% of its U.S. staff, said one of the people, who was not authorized to speak publicly about the matter.

What is now becoming the usual whining about economic downturns that has seemingly become part of redundant scripts this month made up the balance of the portion of Dolan’s tone-deaf memo, as CNBC.com added:

AMC Networks derives more than half of its revenue from the linear TV bundle, which has been bleeding customers as they opt for streaming services. Quarterly revenue had fallen 16% to $682 million in the period ended Sept. 30.

In Tuesday’s memo, Dolan called it a “confusing and uncertain time” for the TV industry.

“It was our belief that cord cutting losses would be offset by gains in streaming,” he wrote. “This has not been the case. We are primarily a content company and the mechanisms for the monetization of content are in disarray.”

If this revelation was as recent and as unexpected as Dolan would like to represent, at the very least one could give him and AMCN a mulligan or two.  After all, even Amazon and Disney are having troubles.  But this latest effort by Dolan to try and remain competitive in media is yet another example of how his stubbornness and unrealistic expectations have eroded what was once an extremely successful and creative insurgent, which had the hammer of a strong distribution platform to help the content that Dolan represented get seen, into a dying quail that had already lost quite a number of top executives who built it for Dolan during the first two decades of this century.

AMC was once American Movie Classics, an inspired library-centric channel showcasing movies that once were the lifeblood of independent TV stations that necame affiliates of FOX and, later, UPN and the WB, during the late 80s and early 90s, just as cable was expanding.  Dolan’s corporate entity at the time included Cablevision, a legacy provider with a crucial footprint in the New York City suburbs where top media and ad executives resided, among more than a million relatively upscale potential customers for other companies’ networks.  The combination of zero original production costs and valuable real estate allowed Dolan to substantially grow the business his visionary father and uncle began for him, adding what became WE, and later BBC America and Sundance to his corporate umbrella. 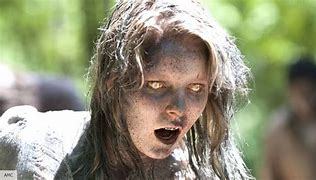 But as studios began to invest in channels and brand expansions, the rights to these movies evolved into non-exclusivity, which Cablevision’s rival and partner in New York City proper ,Time Warner Cable,  began to take note of.  Its chief negotiator, the late and brilliant Fred Dressler, offered that if AMC had something to offer him that his customers couldn’t get anywhere else, he’d be more likely to keep the channel on the air.  At the time, Dolan’s top lieutenant, Josh Sapan, was taking note of how successful scripted dramas were doing, both for Dressler’s corporate partner HBO and for the network I worked for, FX.  He began to pitch many of the same agents and talent which FX had all but had a lock on and offered them another outlet for their visions to be seen.   Like FX, they needed their first effort to be impactful enough to justify this business shift.  That was MAD MEN, which- while not as populist as was THE SHIELD–won its own share of awards and acclaim.  Its success laid the groundwork for the next wave which acheived far greater viewership, including BREAKING BAD, BETTER CALL SAUL and the motherlode of breakthroughs, THE WALKING DEAD.

At the same time, so as not to lose carriage from those nitpickers (including Dressler, BTW) who might have offered that a network initially proposed to offer movies was no longer worthy of what was contractually agreed to, other executives, faced with a smaller acquisitions budget that original productions siphoned off, devised a strategy that allowed a single title to be seen on five consecutive weeknights, and whose ratings were sold in aggregate in an era before multi-day measurement and what we now call FAST channels were even a glimmer in most people’s minds.  Surprisingly, the individual nights performed reasonably on par with each other  and when we probed into those numbers we saw, even more surprisingly, that a significant proportion of that aggregate viewership represented people watching more than once.  Our FX team evolved that strategy into a similar vertical multi-run strategy (a contrast to AMC’s horizontal strategy) and allowed our acquisition dollars to be stretched the same way.

So, yeah, we knew that AMC was a worthwhile competitor, and we made several attempts to buy AMCN.  Our creative executives and leadership were actually envious of some of their series, myself and other strategists saw the value in having their distribution and access to a wider array of tit;es to supplement our networks (including our own modest attempt to copy the original AMC, the FOX Movie Channel) and we, in turn, offered Dolan the chance to have the resources to really grow AMC.   I personally worked on a number of presentations where fair offers were made, which many AMC executives championed.  But Dolan would not sell. He did, however, eventually sell Cablevision, which lost him a great deal of negotiating leverage, and launched several attempts to launch a suite of subscription streaming services to riff off his linear brands, including Shudder, a horror-centric service, Acorn, a second window for many of the BBC America shows, and yet another plus-branded spinoff, AMC+.    At relatively expensive price points for what are little more than niche platforms, you wouldn’t be an outlier if you admitted you weren’t a subscriber.

That was the challenge handed Spade when took over for yet another seasoned cable veteran, Matt Blank, who had been retained as a transitional rudder after numerous executives, including Sapan, Ed Carroll, and veteran heads of research and acquisitions had left Dolan over the last couple of years.  And on the first Monday after WALKING DEAD completed its twelve-season run, Spade was let go as well.  After a whopping three months.  And while Spade will be given a reported $11M buyout for her troubles, the potentially soon-to-be unemployed 300 others, including many of those who backed up the talented people who drove the decisions that made AMCN successful, will get a lot less in their Christmas stockings.

All this holiday joy is occuring while Dolan figures out how to spin a strategy going forward that now no longer includes TWD.  The spin release that came out in tandem with the announcement of Spade’s departure touted the spike to 3.1M viewers for the season finale, it should be noted that that’s roughly a third of what HOUSE OF THE DRAGON achieved, and less than a fourth of what TWD originals were delivering just five years ago.  And while an eighth season of FEAR THE WALKING DEAD will kick off a planned deep dive into the DEAD-verse, its most recent original reached just 710,000 viewers.  With no significant multiplatform partner to help supplement it.  Yep, that’s a foundation to rebuild on. t’s upsetting to see what was once such a successful network and company become such an unhappy and flailing place,  But as any sports fan who has seen how Dolan has run his favorite toys, the New York Knicks and New York Rangers, this is not a surprise.  The Rangers last won a Cup more than a quarter-century ago, the Knicks’ drought will reach a half-century next year.  I still have my childhood memories and I still were their merch, and I will forever treasure my experiences with those who defended Dolan in a way I was given to defending the Murdochs–they were respected and paid well, and their families benefited despite the owner’s other issues.

I would suspect it’s gonna be a lot harder to defend him now.   Whoever does replace Spade will need to be the kind of visionary, or at least a deal-maker, that Dolan once had in his arsenal.   One can only hope he still has enough left in his tank to allow someone to do that, and perhaps bring in some smart people (hand raised meekly) to at least try through a fourth calendar month.

Because as it looks this morning, it seems that zombies are still very much in charge, and the best example of that may just be named Dolan.