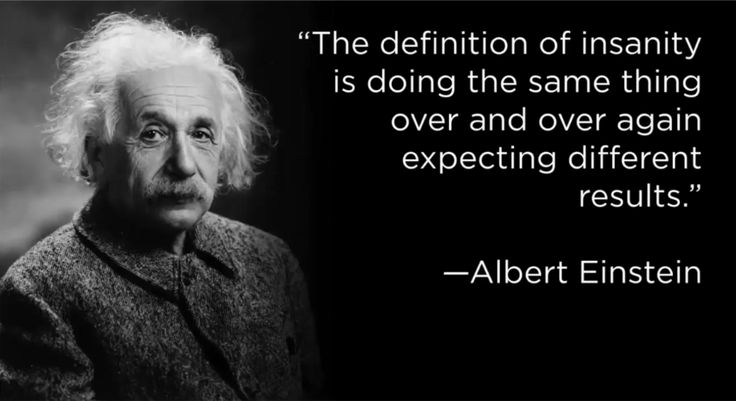 No less a genius than Albert Einstein once defined insanity as this graphic denotes.  And for the first two days of the 118th U.S. Congress, we have seen exactly that process play out, to an increasingly eye-rolling but, sadly, none too surprised nation.

Although the actual Groundhog Day is next month, yesterday sure seemed like it in Washington.  Three more attempts by Kevin McCarthy to gather enough votes to be officially named House Speaker were, as CNBC’s Christina Wilkie wrote, well, repetitious:

The House adjourned Wednesday night after breaking for several hours earlier in the evening to give Republicans more time to sway 20 of the party’s most conservative members that have been blocking McCarthy’s run for speaker. The House gaveled back in shortly after 8 p.m. ET only to quickly vote to adjourn until Thursday at noon.

Just ahead of adjourning, McCarthy told reporters in the Capitol that he didn’t have a deal with his opponents, but there was “a lot of progress.”

“I don’t think a vote tonight does any different, but a vote in the future will,” McCarthy said.

Clearly, McCarthy is taking his lead from the equally Einsteinian-level genius of George Costanza, who once uttered the immortal phrase “A lie is not a lie if you believe it”. 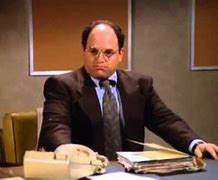 The very same George Costanza who once occupied an office at a company he actually had never actually been hired to work at simply just to have a place to get away from his harassing parents during the day, ostensibly working on the “Penske File” but as this graphic shows, not even being that productive.

By many accounts, McCarthy is effectively doing the same thing.  Reportedly, he has already taken occupancy of the far plusher House Speaker’s office, at one point having several pizzas delivered.  Considering he is, at this moment, like every one in the House chambers, only a member-elect, he is no more qualified to actually be present in his office than Costanza was in his, let alone order in food. 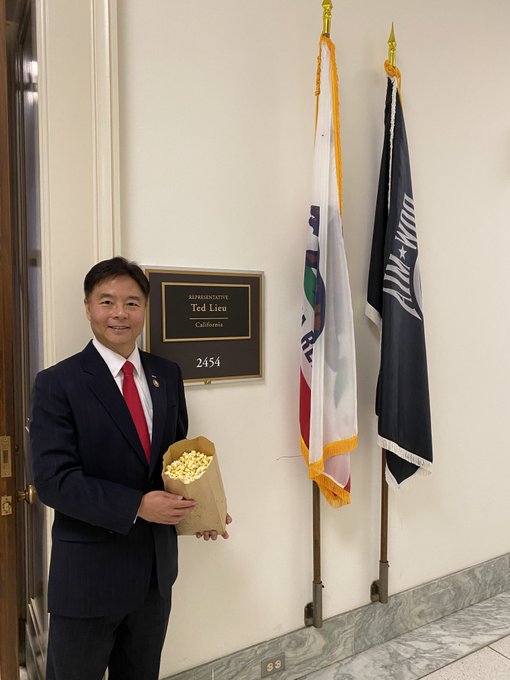 Guess he wanted to keep up with his minions, who have also been shoring up on snack food to keep their energy up as they watch democracy turn into a dumpster fire.  (Note to Ted Lieu:  Popcorn isn’t necessarily healthier than pizza; hope that was air-popped?)

I imagine McCarthy was nice and comfy while he settled in Wednesday night, as it was a big TV night.  After all, last night was the season premiere of Abbott Elementary and Tough as Nails and the premiere of the Special Ops Forces reality competition series.  And it’s a lot more original television that was presented yesterday afternoon on news networks, who essentially broadcast for the second consecutive day the exact same thing, and throughout the day yielded similar results.

Very clearly, 20 Republicans, dubbed snarkily by news outlets as “The Taliban 20” but more reverently as The House Freedom Caucus,  have absolutely no interest in casting a vote for McCarthy.  And as South Carolina’s Ralph Norman told news outlets yesterday, he personally is more than willing to wait this out for months if necessary.  And according to many close to McCarthy, his heels are dug in with equal resilience.

If this were actually funny, I’d be contributing to the laughter and maybe even the noshing.  But this is NOT funny.  In fact, it makes me sick to my stomach.

Because, as Wilkie’s article went on, there are severe consequences to this hijacking of a normally turnkey political process:

Outgoing Rep. Billy Long, R-Mo., pointed out that a host of constituent services were essentially frozen until the new Congress is sworn in.

“Who can legally help any and all of our citizens with issues we normally handle everyday?” Long tweeted. “Passports, IRS, Veterans issues, SBA, Post Office, Immigration issues, Corps of Engineers, etc.”

He also questioned how congressional salaries would be allocated. “Who’s getting paid? Outgoing or incoming?”

Staffers to some newly elected members also told Politico they were unable to access their official email accounts because their bosses had not been sworn in yet.

It has gotten to the point where Lauren Boebert, who barely squeaked back into Congress after a drawn-out post-Election Night rally, is becoming the public voice of reason, challenging the 1984-like Tweets from Donald Trump urging Congress to just go ahead and approve HIS choice, McCarthy, as speaker already.  As FOX News–yes FOX NEWS–reported: 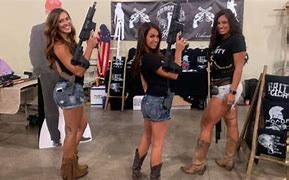 Twitter erupted after Rep. Lauren Boebert, R-Colo., called out former President Trump for telling her and some of her colleagues to “knock this off” and support Rep. Kevin McCarthy, R-Calif., for House Speaker on Wednesday.

“Even having my favorite president call us and tell us we need to knock this off, I think it actually needs to be reversed,” Boebert said as she nominated Rep. Byron Donalds, R-Fla., ahead of the fifth round of voting. “The president needs to tell Kevin McCarthy that sir, you do not have the votes, and it’s time to withdraw.”

One can only imagine the rage–or perhaps even the arousal–Trump may have felt when he watched that little minx spoke out.  And he’s among a much smaller number of viewers than who watched Washington politics on daytime TV this year than last, because you’re not exactly seeing headlines about tens of millions of viewers watching this play out.  Indeed, even the news outlets are running the votes in split secreen, with their normal lineups offering in-the-moment Manning-cast like commentary. 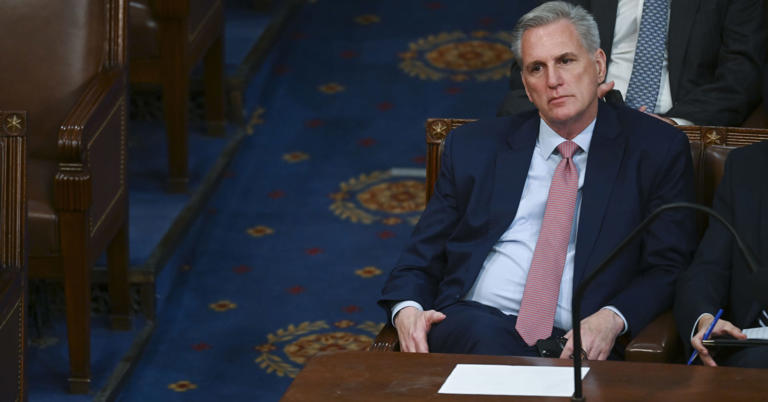 These are KEVIN McCarthy’s hearings.  Not Joseph McCarthy’s.  And he’s literally prostrating himself before a group of hardline bullies determined to embarass him for far more personal reasons than political ideologies.  Indeed, Charlie McCarthys–puppets–of a culture that Trump himself has championed.

Perhaps the damage to the democratic process this January is a lot less bloody and illegal than the damage done two Januarys ago.  At least the House Speaker’s office this time has at worst tomato sauce, not feces, smeared on its walls.

But it is no less a blocking of the actual act of governing and dealing with real issues than the attempted coup hoped would result.  Because we already know from mounds of newly released evidence that Trump and team effectively spent at least the last two months of their actual time in office doing anything but running the country, scurrying the Internet for any hairbrained way to keep him–and themselves–employed,  and probably chowing down on a lot worse than pizza and popcorn in the process.

You’ll be happy to know I’m not watching.  Fortunately for me, THE PRICE IS RIGHT and British soccer are still on, and, frankly, I’m a notch busier actually working.

Unlike the 118th Congress.

We’re actually at the point where Lauren f–king Boebert is being held in greater esteem than many other members-elect of Congress.  As one politically astute friend of mine observed online, she seems to be channeling Sarah Palin, which leads me to think how much fun Tina Fey could have with this if Lorne could coax her to come back for the midseason premiere of SATURDAY NIGHT LIVE (Hint:  Amy Poehler could probably play a convincing Marjorie Taylor Greene, and a mud wrestling match to determine who gets the House Speaker nomination might be far more compelling entertainment than this process is proving to be).

Insanity.  Of the lather-rinse-repeat variety.

Except it is democracy itself that is being washed away.

And that’s not funny. Or worth further repeating.