I’ve spent most of my career as a client, advocate and yes, even friend of dozens of people in charge of running various incarnations of the Nielsen Company.  I’ve been their guest at numerous conferences, helped give them nearly a billion dollars worth of business, including what was once the largest single corporate commitment in their history, and likely driven them crazy with frustration in the process when answering to executives who simply took every lousy rating as a personal affront where I was screamingly implored to bomb their Florida headquarters.

So I’m sadly not surprised by Friday’s report in Broadcasting and Cable by Jon Lafayette that revealed the following coda to a summer of discontent and anticipation: 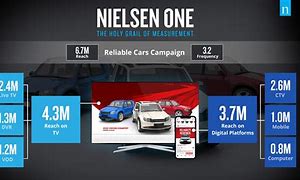 Nielsen, which has been touting that Nielsen One, its new cross-platform measurement system, is on track, quietly informed clients last week that the “big data” on which the platform relies isn’t ready to be used to make transactions.

Nielsen had planned to include its big data — information on viewing from set-top boxes and smart TVs — in its national TV ratings in September and have clients use it as currency in the scatter advertising market.

“Nielsen has been working with the industry to share the details of our methodology and the associated impact to audience estimates,” Nielsen said in its note to clients last Wednesday.  “One consistent piece of feedback from both clients and the MRC has been the need to explore additional methods to further reduce variability and improve overall stability. Similarly, we anticipate the need for additional enhancements to further address the limitations of big data. We have continued to iterate on potential enhancements to address these needs and are actively researching additional techniques in this area.

“Given the potential trend break that enhancements may cause, and in consideration of feedback that clients largely will not be transacting on this data in September, the upcoming launch of big data will no longer be for transaction purposes. This will allow more time to test, validate and share the impact of any additional changes, as well as consider MRC audit results, prior to the full transition in September 2023,” Nielsen said.

While the sentiment and the attempts at reassurance are noble in intent, it is unfortunately yet another example of a company that promises something truly needed by a certain date, only to then quietly scramble to save face when they can’t deliver on it.  In more patient and less turbulent times, there was a more forgiving climate that would be able to grudingly accept that delays are part of the process.   In my case, the first several times it happened my management was marginally understanding,  By the time the second dozen of those incidents were occuring, I was mocked for even attempting to defend them, And based on sentiments like those expressed by Video Advertising Bureau CEO and ombudsman Sean Cunningham, it’s only become an even more combative environment:

“This is a big deal,…Cunningham said of Nielsen delaying the use of its big data for transactions. “It’s an indication of a state of complete unreadiness.”

Since March, when VAB went public with its problems with Nielsen’s big data numbers, Nielsen has continued to issue ratings including big data on a monthly basis for the industry to review and the quality of those ratings has not improved, Cunningham said.

“It never got one iota better,“ he said. “What we saw was a compounding of the same types of illogical errors. At the same time, Nielsen has not been forthcoming about its methodology or what steps it was taking to halt the errors. Their current C3 and C7 national ratings panel is also a black box of dysfunctional mystery.”

This is not just posturing.  It’s utter frustration.  I’ve written dozens of times about the problems and sheer lunacy that arises when inconsistent and at times conflicting information is out there.  The pressure to deliver on multibillion dollar media investments is exponentially greater than the challenges of the past.  There are literally dozens of competitors who have found their way into the boardrooms and budgets of those with the most at stake.   Pointing out the flaws and problems those other companies have only takes you so far if your own track record for rolling out solutions in a timely manner is as spotty as Nielsen’s.

I heard last week that one of my former employers, after years of posturing to the contrary, finally became a client of Parrot Analytics, an extremely aggressive competitor that leverages “demand analytics” as a currency that an increasing number of streaming services seem to believe is relevant.  THE WRAP actually publishes their propoganda under the guise of reporting to offer what appears to laypeople is a viable barometer for the transitional state of the industry.  I honestly don’t know the details of the current state of politics so I can’t say if that decision was made by one of my former colleagues or by someone I don’t know who thinks they know more.

What I DO know is that Parrot is a currency that postures that it’s as significant to know what someone INTENDS to watch as opposed to what they DO watch.  The last time I looked, an employer doesn’t reward someone for DESIRING to complete something successfully,  they reward on whether or not they actually DID.  And the company that somehow reversed course is one of the less nasty ones out there. Warner Discovery’s David Zaslav has been particularly snarky about Nielsen, and is supporting the use of Samba information in concert with Nielsen’s in the multiple releases about HOUSE OF THE DRAGON, among other items.  He’s still got billions in debt, and he has been willing to write off BATGIRL and remove SESAME STREET.  I have little doubt Yosemite Zas wouldn’t think twice about shooting Nielsen.

NBCU continues to work with committees inclusive of current and desired clients under the passionate stewardship of Kelly Abcarian, a onetime Nielsen executive and mouthpiece who knows all too well how the sausage is made, and where the snags that cause their consistent delays arise from.

You wouldn’t be wrong in assuming that their voices are two of the loudest that are helping Cunningham craft his narrative.

I’ve always been seen as a somewhat nicer–sometimes too nice–voice of reason, but I’m not currently in a place of influence beyond this page.  I still feverishly believe that will change, but my own track record of delivering on promise is no better than Nielsen’s at this point.  By my own standards, I’m no more worthy of patience than they are.

My call to action is one driven not by the need to save my own seven figure bonus, but for those who are genuinely trying to make things happen to start being a tad less careful and at least try to play in the sandbox that today’s environment demands.  Consistently promising something and then delaying it is simply bad business.  I for one would rather see someone at least try to do something rather than keep saying you will.  It sounds way too political otherwise, and we all know damn well how way too much of our country reacts to that sort of attitude. 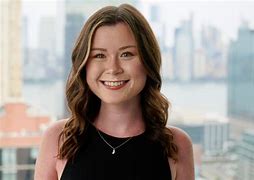 The next time Nielsen puts out a release, perhaps they should borrow the approach of Megan Coyne, the new White House social media maven who rose to national prominence last week with her pointed and fact-based mic drop tweets reminding the world how much loan forgiveness the loudest Republican whiners have been given themselves.    Instead of apologizing for your failure after you overpromise, say nothing until you actually can deliver something and remind the industry you may not be ready, but you’re still worth the wait.

more of a dog-eat-dog world than ever now, and in the immortal words of Norm Peterson of Cheers, Nielsen’s the one wearing Milk Bone underwear.