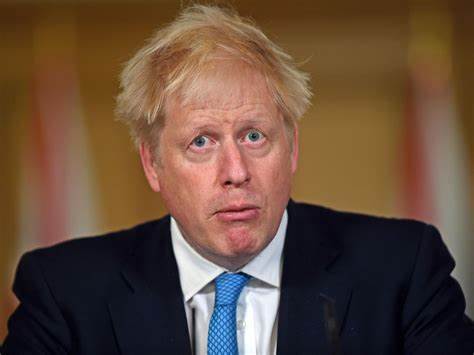 So Boris Johnson won’t make it through his term as British Prime Minister after all.  After a tumultuous week where half his cabinet resigned in disgust after it was learned that he promoted Chris Pincher to a position in his government despite knowing about numerous sexual assault allegations against him, Johnson announced he was stepping aside no later than this fall.  For someone who has held the jobs–and apparently channeled the respective integrities–of both Rudy Giuliani and Donald Trump, it is a remarkably precipituous fall from grace.

But coupled with the revelations that he and his cronies partied unmasked and unabashed during some of the world’s most draconian COVID lockdown restrictions in late 2020 and early 2021, as a PBS reporter put it this morning, “the inevitable has happened”.  Pure and simple, the man was apparently incapable of telling the truth.  And in a way that’s both ironic and tragic, since according to the research I’ve done truth is the ultimate defense.  So in some of my more sensitive legal dealings of late I’ve told my truth, under penatly of perjury, to anyone needing to know or willing to listen, including the readers of this space.  It doesn’t always paint me in the best light, but it gives me some degree of personal relief that I can state it without fear of judgement (which nevertheless occurs frequently).

Yet in spite of my transparency I can’t see to penetrate the stony attitude of a particular veteran attorney an adversary of mine has hired,  This attorney, allegedly one of the best in their business, continues to spew unprofessional epithets at my attorney which is shared with me, where I am continually accused of behavior and violations that it is believed will ultimately lead to sanctions or even incarceration.  They continue to allege that I have willingly gamed the system to profit from my adversary’s family’s financial status and refuse to kowtow to their wholly unreasonable demands.  Nothing apparently will satisfy them other than money I simply do not have, nor do I have access to, unlike my adversary, who has the full financial support of their family.

Yesterday I was copied on a correspondence from the attorney to mine which signed off, and I quote, “Bulls make money…bears make money…PIGS GET SLAUGTERED!! (sic)”.

First of all, how DARE any attorney of alleged good standing make a reference to someone literally being butchered to death?!?!  Secondly, for a JEWISH attorney to compare me to a PIG could easily be construed as an even more egregious slur.  I simply compare her physical appeareance to Nancy Pelosi, which I concur is somewhat insulting.  But nothing like being likened to an unclean animal, just because my truth isn’t satisfactory to them.

So I actually, in a truly bizarre way, I identify far more with Brittney Griner’s situation.  Earlier this morning she pled guilty to the charges leveled against her nb a heavily stacked Russian legal system.  She was truthful–she did indeed possess the drugs she is being accused of carrying.  As she said in her plea, “there was no intent.  I didn’t want to break the law”.

Well, neither did I.  And I strongly contend I did not.

Yet as she continues to languish in purgatory, desperately seeking some sort of intervention from our government, it becomes increasingly apparent that as someone who represents some uncomfortable demographic breaks for some of our leaders–gay, female and Black–she is a secondary priority to justice.  She does have her teammates, her wife, and her league rallying around her, and she at least did get a call from President Biden yesterday assuring he’s going to try and do something.

I wish I had something similar, particularly now.  I align with none of her tick marks, but I identify.  More than ever. 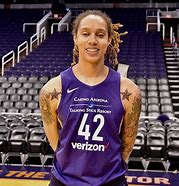