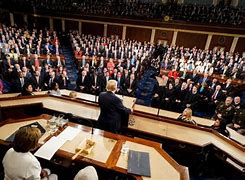 President Biden gave a speech last night.  I watched some of it.  Based on current viewership trends versus pre-COVID, pre-streaming worlds that are now beginning to emerge as a new media normal takes root, probably 40 million or so other Americans will have joined me in that choice last night in some sort of consumption on some sort of screen.

What I personally thought of it is immaterial.  I’m one still small voice in perhaps the most demographically irrelevant cell of any objective analysis for politicians or advertisers.  To me, what was more significant was the fact that my roommate actually got home just in time to see the 2022 State of the Union live, and we watched together sharing a rare meal together.   More nights than not he’s working late or out with friends, two qualities I envy tremendously in these days.

My roomie is exceptionally passionate about world affairs and politics, with informed and detailed thoughts that he shares with me during our respective morning rituals.  Typically, it’s a rushed interaction, as he works from an office and my day pursuing business from home typically just starts as he leaves.  But we almost always do a check-in on the headlines, the stock market, and his latest first date, inevitably challenging him to accurately recall the lucky lady’s name as quickly as he does her demographic classifications.  It’s what life coaches call a “meaningful interaction”, and it almost always lifts my spirits immensely.   And it’s something that has become maddeningly more difficult to find. 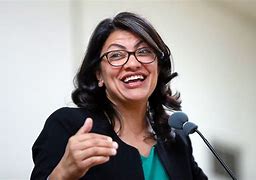 On the same day that Delaware Joe spoke of the state of this Union, his counterpart in Moscow did his best to accelerate his apparent pursuit of the restoration of his Union–the one that existed before 1991.  And at the spring training home of the St. Louis Cardinals and Miami Marlins, the head of the Major League Baseball Player Union, Tony Clark, attempted to explain why the members of his Union won’t be playing any meaningful games for at least the next month, officially screwing up my two latest desired fan trips to Florida and Texas, respectively, ones i looked forward to as much because people actually seem to still desire human contact there far more than those I have been interacting with in LA that still cross the street when I dare to show my lips walking alone on a sunny 85 degree day as even the CDC claims is OK.

For Unions to work, there are inherent assumptions of interaction, solidarity and common goals.  Yesterday’s events made it abundantly clear that I currently exist in a world that emphasizes isolation and personal choices to a far greater degree.  The responses to Biden’s speech, both those in the room from Lauren Bohbert and the responses from Kim Reynolds and Rashida Tlaib,were sobering reminders that there are distinct challenges in fractures in the consensus of our government.  Primaries in Texas where key races were heading toward runoffs because several candidates fell short of the 50 per cent threshold that state requires for definitive victories.  These runoffs will likely get far greater national attention and requests for donations as they become political touchstones for signposts moving toward the crucial midterm Election Day this November.  Happy happy, joy joy.  Well, at least SNL’s opening segment should be a doozy this week. 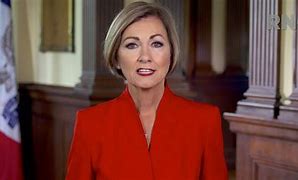 As for the MLB union, well, Tony Clark certainly is a determined leader, and commissioner Rob Manfred is being besieged as being tone-deaf as the reality of the first regular season games to be cancelled by something other than forces of nature in 27 years looms.  There was some hope for a different outcome earlier this week when the two sides actually sat down together in the same room.  When their differences were underscored, differences between millionaires and billionaires so deeply held that for the third consecutive year the livelihoods of spring training venue employees were yet again compromised, Clark took his ball and went home.  Isolation apparently won again.

I’m consistently stunned at how feverishly our culture doggedly clings to the pursuit of isolation.  Even before COVID, we were generationally moving toward a world where even picking up a phone to speak was seen as a concession to outdated communication methods.  So many choose to silently text, often through encrypting apps where said texts cease to exist within 24 hours of their creations.  Now with the relentless pleas for “safety” and “personal comfort” still dictating that millions consider it an affront to safely show their smiles or even set foot in a store, let alone someone else’s home, we have the perfect storm where the pursuit of isolation is practically equated with the pursuit of happiness. 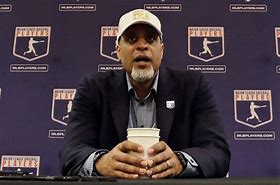 If you think there isn’t a bigger price to pay for the benefits of social distancing, look no further than the Kremlin for how dangerous it can be when taken to an extreme.

In hindsight, I’m happy I chose to be a risk-taker last spring and find my way to Florida to see spring MLB games in person in quarter-filled stadiums at inflated prices.  At this rate, who knows if and when that experience will occur again?  And this reinforces the point made earlier this week when I recounted the sad irony of people reuniting at memorial services, one all the more urgent as games get cancelled, wars break out and pandemics become endemics.  We simply don’t know when we’re going to get another chance for a direct encounter.  Why do so many feel it is far more important to remain distant from others?  Why is such a personal premium put on living in a bubble and shutting out the rest of the world?  Why are so many so-called health experts panicking at the thought of people having the freedom of choice to safely not wear N-95 masks any more?!?!  I indeed have my own thoughts on that one, but I’ve likely exhausted you with them already.  But you get my drift. 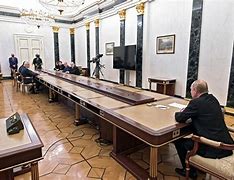 So after an exhausting day that was a constant reminder of the lack of communion in our Unions, I’m going to recharge and yet again challenge anyone reading this to reach out, somehow, and stop keeping to yourselves.  Share your voice, your smiles, your hugs, your dinners, your personal attendance at an event. (Although, sadly, it won’t be at Dodger Stadium for a while).   Ideally, share them with me.  Nothing would calm my own personal angst than a full social calendar that extends beyond my laptop.

1 thought on “The States of Communion”