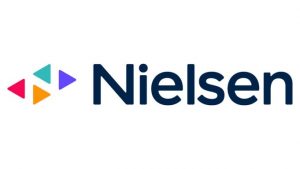 I’m gonna preface this one by reaffirming that many of the current executives and staffers at The Nielsen Company are longtime professional and personal friends, whose talents and humanity are unparalleled.  None of what I’m about to write should be taken as judgement on those of you I already know.

The company and those in charge that I don’t know–well, that’s another story.

As the 2022-23 upfront season begins in earnest with in-person and virtual presentations, news broke earlier this week that Nielsen is on the verge of a buyout from a group of private investors valued in the range of $15 billion.  While Nielsen itself has not yet confirmed this, both the Wall Street Journal and Axios, among other reliable business media sources, have confirmed they are actively in advanced discussions.

The breadcrumbs for this have been sown for several years and accelerated when Elliott Management took an active role in setting the company’s course four years ago.  At the time, they called for a sale of the company, which had been acquiring and divesting numerous companies in the digital media measurement space for the majority of the past decade.  Including among those acquired were Telephia (mobile measurement) in 2007, IAG (viewer engagement) in 2008, NeuroFocus (neuroscience-based consumer research) in 2011, Harris Interactive (polling) in 2014 (later sold to Stagwell in 2017) and Gracenote (metadata) in 2016.

Elliott is known as an activist investor that pressures companies to make changes to drive value.  Under pressure from Elliott since 2018 Nielsen replaced its CEO, many of its board members, divested several non-core business sectors (such as Nielsen IQ its retail measurement arm)and bought back significant blocks of stock, It also  announced an aggressive series of projects determined to take more control of multiplatform measurement, where its existing measurement capacities were exposed as being inadequate and outdated.  Most notable of these efforts was Nielsen One, which has been attempting to evolve Nielsen’s capabilities to being more complete and contactless and capable of measuring video consumption on devices and “unconnected” screens more accurately.

Its deficiencies came under greater scrutiny as the pandemic unfolded. Last December, Nielsen admitted that it had undercounted out-of-home viewing for 16 months, a factor that was exacerbated as many panel members relocated their lives concurrent with an accelerated shift in the specific screens on which content was being consumed.  Additionally, last February the Media Ratings Council reported an undercounting of adults 18-49, still the core advertising demographic, eventually resulting in the suspension of Nielsen’s accreditation.

Nielsen One’s rollout timetable has been seen as sluggish and its transparency frequently criticized, and recent events have strongly suggested there is reason to doubt they will be able to meet even a less aggressive schedule.    They have engaged in lively public debate with the Video Advertising Bureau, whose own research suggests the admitted underreporting has cost their clients north of $700 million.  Its internal leader Ronjan Sikdar departed the company last month for Meta.  Sikdar’s departure followed that of longtime executive Scott Brown last April.  Brown, a valued expert on technology innovation widely regarded by his clients (myself included, in full transparency), departed for Experian last April, right before the news of Nielsen’s pandemic shortcomings became public. 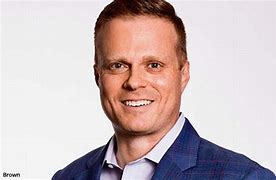 Concurrent with all of this internal drama is the emergence of numerous competitors as viable, and potentially superior, measurers of consumption and engagement and the embracing of these competitors by a new generation of leaders who are not as addicted to the kneejerk acceptance of Nielsen’s brand name as the sole arbiter of accuracy.  We’ve documented here how NBCU, Disney, Warner Media and other major media companies have embraced the likes of Comscore, iSpot and Samba as third party alternatives and more collaborative business partners and how tech companies like Netflix, Apple and Amazon have minimal need for such services as their own first-party measurement capacity is. for their purposes, superior both in detail and recency.

Elliott is reportedly seeing this confluence to take the company private, frustrated by the impact these events have had on its stock price. Intriguingly, the last time Nielsen was taken private was in 2006.  At that time, the emergence of digital video recorders such as TiVo made it apparent that Nielsen was deficient in its ability to measure actual commercial viewership accurately as well as effectively measure the increasing amount of time-shifted viewing that technology was creating.  On Thursday nights, traditionally the most crucial night for TV networks to sell time optimally, NBC aired sitcoms such as THE OFFICE head-to-head with ABC’s TGIT lineup of dramas including GREY’S ANATOMY.  Both blocks skewed young and upscale and were seen as vehement head-to-head competitors.

Except that they weren’t.  Technology allowed millions to watch both within a three or seven-day span, assuming one accepted the numbers that TiVo itself was providing to demonstrate that.   Nielsen took the opportunity to be a private business to reinvest itself in creating tools to the do that, rolling out multiple “data streams” and adopting new barometers for advertisers to embrace.  Such undertakings cost money, not an ideal scenario for investors.  But it was necessary.  By the time Nielsen issued an IPO in early 2011 it had reaffirmed a good deal of credibility.  Live-plus-three and live-plus-seven became accepted currencies.

Well, it’s a decade later, and things have clearly deteriorated.  Elliott has had an impressive track record of holding companies’ feet to the fire and forcing them to address service first and stock price second.   Per Yahoo, they were aggressive in urging AT&T to divest its media holdings and focus on its core business capabilities.  They accelerated Jack Dorsey’s departure from Twitter when he devoted less effort to running that troubled platform.   The good news for them is that despite the dissipation of Nielsen’s monopolistic hold on the industry, to a large portion of it its brand name is still resonant and becomes the bottom line determinant for whether or not business is actually transacted.  I am continually stunned that when brought into discussions by my clients we learn that despite the public grandstanding to the contrary a significant number of them, particularly buyers, continue to default to Nielsen numbers.  Old habits, steeped in over a century of tradition, are hard to break.

It is now apparent that Nielsen’s reluctance to make investments to improve its product have been concurrent with technological change that investors are reluctant to support with the necessary resources to address it.  It was true in 2006.  Even when Nielsen was acquired by Dun and Bradstreet in 1984 from the family that founded it that was at a time when cable television was emerging, and Nielsen needed to evolve its capacity to measure it.  The change going on now is unprecedented, and the times they are occurring in are extraordinary.  Those pulling the strings right now have clearly not been motivated to address them.  Those that criticize Nielsen are more than justified in doing so.  In all likelihood, many will leave as multimillionaires, and more power to them.

Assuming Elliott does want to grow Nielsen, here’s a fervent wish that they keep the people who are capable of effecting change and supplement them with the financial and strategic buttresses to do that.  Elliott, you guys handle the money.  Perhaps folks like moi can help with the strategy?   After all, it would be nice for Nielsen to report on billions that describe minutes viewed rather than profits taken.