Early this morning the nominations for the 80th Golden Globes were announced, with NBC once again the obedient media partner after a one-year gap.  As THE HOLLYWOOD REPORTER reminded us in their prologue to their live blog of the nominations, being held on a dark, rainy, wintry Southern California morning, the show and the organization needed some fixing:

Mayan Lopez and Selenis Leyva from NBC’s Lopez vs. Lopez, revealed the nominees in 27 categories across film and TV live from the Beverly Hilton, with select categories airing during a segment on NBC’s Today.

The upcoming 80th annual Golden Globes is set to return to NBC in January. The network, which has broadcast the Globes since 1996, declined to air the 79th edition of the awards show earlier this year in the wake of an entertainment industry boycott sparked by February 2021 Los Angeles Times exposés that revealed Golden Globes organization The Hollywood Foreign Press Association contained no Black members and had engaged in unethical conduct and suspect financial practices.

In the wake of the L.A. Times articles, the HFPA has implemented numerous reforms, including banning members from accepting gifts and introducing a hotline for reporting misconduct. It also added 103 internationally based voters and 21 additional members, who are U.S.-based journalists working for outlets abroad. The HFPA, which was acquired by Eldridge Industries and turned into a for-profit entity, now has a voting pool that is 52 percent female and 51.5 percent racially and ethnically diverse. 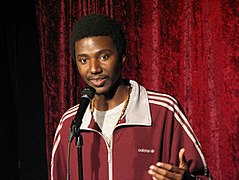 And, following in the lead of Amy Poehler, Tina Fey and Ricky Gervais, Jerrold Carmichael will return to NBC for at least one night, a network that stuck by his low-rated eponymous sitcom with as much determination as they once did CHEERS and now are doing with LOPEZ VS. LOPEZ.

So with this newly reconfigured, diverse vortng base in tow, how’d we do?

In the movie categories, Angela Bassett of BLACK PANTHER: WAKANDA FOREVER and Viola Davis of THE WOMAN KING.  Two out of 25.  Neither movie was nominated, nor were their directors.

In 2021–the year that prompted the Times’ investigation–four out of 25 acting nominations were Black.  Including, once again, Viola Davis.

Among the TV categories, five out of 30 nominees are Black.  Donald Glover of ATLANTA, Niecy Nash-Betts of DAHMER, Janelle James and Sheryl Lee Ralph of ABBOTT ELEMENTARY and Zendaya of EUPHORIA.  Among series, ABBOTT ELEMENTARY is nominated for best comedy looking to expand upon its Emmy upset, but ATLANTA’s farewell seasons somehow did not make the cut.

That’s considerable progress from the 1 out of 40 that earned nominations in ’21.  But, then again, ABBOTT ELEMENTARY didn’t exist.

Allow me to shrug, please.

So perhaps those who were voting in ’21 were perhaps a tad more inclusive that their optics would lead one to believe?  How someone looks isn’t necessarily representative of how they feel. 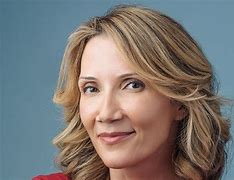 Having talent out front that looks like you’re making progress can perhaps be part of a victory lap for HFPA president Helen Hoehne, who was hit with the Times’ accusations just a couple of months into her tenure.  As she told THR, she believes she has transformed the organization materially:

“This is really not the old HFPA anymore….over the past 18 months — almost two years now — we took a deep look inward and listened to the criticism. … And we built a new infrastructure that transformed our organization and the awards show into something that is more diverse, transparent and responsive.”

Yep, that five perecentage point difference is proof positive of that.  But, hey, NBC got a chance to promote the more talented members of its superpopular new comedy in the process.  Which is a lot more than the Globes will promote for them, or for almost all linear television, when it airs on a less competitive Tuesday night come January 10th.

Only ABBOTT ELEMENTARY was a true broadcast network show among the nominees.  The departing BETTER CALL SAUL represents the sole standalone cable network series.  Thanks to the FX/Hulu and HBO/HBO Max hybrids, at least the works from such winning teams as HACKS, THE OLD MAN and HOUSE OF THE DRAGON can be seen with or without an MVPD.  But we know which way that trajectory is going.

Which is all the more significant when the real taks Hoehne is facing is who will carry the Globes from 2024 on.  NBC’s original five-year deal expires next month, and last year’s hiatus hasn’t helped grow its appeal.  And even the most supportive of big picture players can’t be thrilled about paying significant license fees for a show that won’t come close to a 1 rating and will in effect be a barker for services to erode that still more.

Perhaps the real diversity issue plaguing the Globes hasn’t been the makeup of its nominators, but rather the makeup of those they choose to nominate.  Even with a more diverse voting pool, the show remains an homage to elitism rather than populism.  This is hardly news, either,  THE SHIELD’s upset win for Best Drama, the first ever for a basic cable network series, happened 20 years ago.  It’s been a law of diminishing returns ever since.

The Globes would be wise to follow the lead of pro sports and seek out a home with a streaming service, who would then buy time on a cash-strapped entity like the CW to supplement it,  Maybe start a subchannel on that streamer to showcase past award winners, ceremonies and original content.  Offer that up as a FAST channel to the Rokus of the world, too.  In that world, even its muted numbers would seem huge.

I can’t say I’m all that excited about these choices.  I’m open to seeing how Carmichael will do as host, but based on his stand-up specials I’m not sure he compares well to Fey and Poehler, and certainly not Jimmy Kimmel.  But, then again, the HFPA stopped seeking out my demo a long time ago.

And after all the hue and cry, the allegations, the firings, the whining, we moved the needle five whole percentage points.

I supoose that proves once more than everything’s that’s old is “nu” again.