With all the noise and panic that accompanied the buildup to Election Day (Surprise!  At least, for the moment, democracy ISN’T dead!) I was searching for something sonewhat less anxiety-inducing to occupy my mind and perhaps provide some actual media musings.  Thankfully, the scheduling teams at three of the five dinosaurs known as broadcast networks all announced their winter lineups over the past few days, in an atypical confluence and about a week or so ahead of schedule.  If you somehow missed the news, fear not, you’re far more the norm than am I.

As someone who has worked closely providing data and, on some occasions, even attempting to compete with these bastions of strategy, the amount of attention and second-guessing attached to these moves in past years was second only to the spring upfronts themselves.  While there is usually more money to be made in fourth quarters like the time of year we are now in, thanks to the “hard eight” of the holiday shopping season, the winter quarter provides networks with the best opportunity to show ratings gains because it’s colder and darker and, in general, more people are watching TV.   Shows that network creatives have high hopes for are often saved for the winter to launch, conventional wisdom being there’s usually more opportunity to promote a new show in the holiday weeks leading up to the new year (more different people tend to watch networks thanks to fall finales and holiday-themed specials) and, especially between Christnas and their premieres, there are less advertisers active, meaning more promo time for these priorities.

Conventional wisdom isn’t necessarily what it used to be, and Lord knows the popularity of broadcast television in general is waning.  Fall in particular was bereft of new shows; only CBS (yet to be heard from for their mid-season moves) took the leap in launching several new procedural dramas, and with the help of a schedule of franchises and long-running hits to buttress them successfully launched–and ordered full-season renewals–for all three of them (SO HELP ME TODD, EAST NEW YORK and FIRE COUNTRY).  So now it’s up to NBC, ABC and FOX to try, try again. 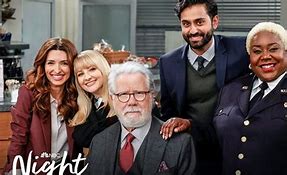 At NBC, which had a modest amount of success rebooting QUANTUM LEAP, they are returning the same blueprint with the resurrection of 80s sitcom staple NIGHT COURT to bring comedy back to Tuesday nights, where at least the chance of a decent live-plus-same audience exists.  This is a project that has been in various stages of development and planned deployment for a couple of years, and there is still debate among insiders as to whether or not this is indeed a show that has the legs to be worthy of trading upon its past.  The original version was a classic “coattails” show, often airing on the half-hour following the likes of CHEERS, achieving high ratings largely as a result of its presence in a superstar lineup of “must-see TV”.  Reruns, both on local stations and on cable networks, regularly underformed those of other, broader-appeal shows.  And the show’s star and most recognizable female lead, Harry Anderson and Markie Post, are sadly no longer with us.  But John Larroquette’s cartoonish DA Dan Fielding is back, and BIG BANG THEORY’s Melissa Rauch is a recognizable face to step in as Judge Stone’s daughter, thus providing some connection to the older crowd that will undoubtedly miss Anderson’s wit and might give a chance to a BBT alum (heck, if CALL ME KAT can get a second season, there has to be something to THAT theory).  I’m dubious, but I’m at least intrigued.   Its lead0ut, AMERICAN AUTO, is back for a second season, renewed largely on gravitas rather than performance, with the hope that it will be to the car industry what SUPERSTORE was to big-box retailing.  I’m not even intrigued. 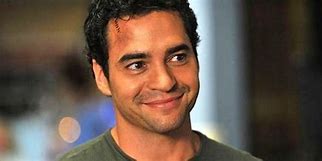 Over at ABC, they’re actually trying to launch a brand new procedural drama in a 10 PM time slot again, having done so (by their standards) with ALASKA DAILY this fall.  This time, it’s WILL TRENT, based on a series of books by Karin Slaughter, which features up-and-comer Ramon Rodriguez as a survivor of Atlanta’s foster care system and has grown into an advocate for those who may feel abandoned by society as a special agent for the Georgia Bureau of Investigations.  Another actor named Rodriguez, Gina, will head a brand-new comedy that will lead out of breakout hit ABBOTT ELEMENTARY.  The former star of JANE THE VIRGIN will play an obituary writer trying (ironically) to resurrect her own life on NOT DEAD YET.  The bar of success it will likely need to succeed is that of HOME ECONOMICS.  From the clips we’ve seen, and the nature of how ABBOTT’s longer-tail and multiplatform viewing has built that up, if it even comes close to appealing to ABBOTT’s viewers it has a pretty decent shot of exceeding said bar. 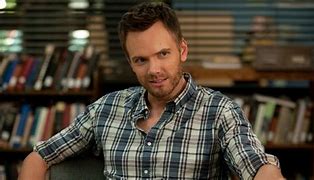 And at FOX, they’re gonna try another live-action sitcom, this time bringing Joel McHale back to Thursday nights with ANIMAL CONTROL, where this log line from Futon Critic is perceived to be something that’s gonna get you to watch:

McHale will portray Frank, an opinionated, eccentric Animal Control officer who may not have gone to college but is still the most well-read person in the room. A former cop, Frank tried to expose corruption in his department, but his efforts got him fired, which may explain why he’s so cynical and curmudgeonly. He has an almost superhuman ability to understand animals. Humans…not so much.

All of a sudden, CALL ME KAT sounds all the more appealing.

But at least they’re trying to do something new.  In the wings at CBS is yet another reboot–TRUE LIES–and among NBC’s other moves is the relocation of former CBS Friday night stalwart MAGNUM P.I.–yet another rebooted 80s series–to its own network, lest its success be shared with an arch-rival any further.  So NBC is betting a significant amount of prime time real estate on titles that were a lot more meaningful four decades ago, when midseason scheduling moves by departments that mattered were much more newsworthy than they are today.

I’ll say this much.  I’d still rather see those shows this coming January than the one that debuted a couple of January 6ths ago.