I was fortunate enough to know Jim Gianopulos while he was a top film executive at Fox.  Jim was a throwback even then to the golden age of Hollywood, where movie executives had a commanding physical presence, with an obvious passion for fine art, fine wine and fine women, implicit ability to steer a negotiation favorably his way and a desire to know only the facts that materially impacted his bottom line.  He was imposing, demanding and at times even threatening.  And he was fascinating.  I loved being able to see him in action and imagined that’s what it would have been like to work for  legendary moguls Jack Warner or Louis B. Mayer. 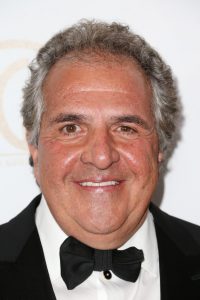 He was as close to mogul as I saw, and he was a damn effective executive for Fox.

Jim was also a damn effective executive for Paramount, restoring the studio to relevance with hits like “Quiet Place”,”Mission Impossible: Fallout” and “Rocketman”, collectively reaching more than a billion dollars worldwide.   And Jim did not exactly eschew the new world order of movies either.  In 2018 Gianopulos struck a groundbreaking deal to produce original movies for Netflix, acknowledging even pre-pandemic that global streaming represented a viable alternative to traditonal theatrical release.  He steered esoteric titles that he feared would hemmorage money if they faced the massive competition of franchises toward streamers and spearheaded a new family franchise in Sonic the Hedgehog.  All in four short years.

Alas, yesterday Viacom announced that the Gianopulos era was ending as of this December, as the company contineus to rejigger its executive ranks as it faces the massive challenges of the likes of Comcast, Disney, Amazon and Apple.  His replacement?  The current head of the group responsible for Nickelodeon and the former co-star of the 80s sitcom HEAD OF THE CLASS , the former business partner of the executive who inspired the Crazy Joe Davola character on SEINFELD (the real Joe Davola–one of the funniest and most honest executives I ever had the good fortune to sit next to) and the one-time host of a syndicated kids’  TV version of PICTIONARY.

This is not to belittle Brian Robbins, who has a stellar track record as a producer and has been quite effective at restoring the Nickelodeon brand to relevance during his brief time heading it, tapping into now-classic brands for reimaginings and being innovative enough to embrace adult synergy opportunities like the National Football League.  Did we ever think we’d see the day when an NFC playoff game would include a specially produced feed for Nickelodeon that would factor into its multiplatform audience cume and help vault  ex-wide receiver Nate Burleson to co-star status on CBS’ morning news franchise?  SpongeBob certainly didn’t do that–though, in fairness, Patrick is doing just fine in his new series for Paramount Plus. 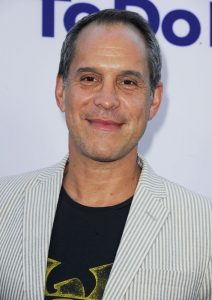 But Brian is hardly the imposing physical presence that is Gianopulos, or the moguls that preceded him.  The few times I encountered Robbins he was drinking wine and never wearing a tie.  He is digital-friendly, having launched Awesomeness TV and eventually selling it to Viacom which helped facilitate his hiring.  He is quietly aggressive, a visionary and arguably the ideal person to compete with similarly auspiced people now running the show for respective competitors, many of whom have crossed paths with me and at times been open to Leblanguage. Their professional backgrounds are business-centric, numbers-oriented and distinctly limelight-eschewing.

Comcast’s Jeff Shell, a master strategist and MBA.  Disney’s Kareem Daniel, a top consumer products executive.  Warner Discovery’s David Zaslav, a lawyer and head of numerous cable networks.  Amazon’s Mike Hopkins, the pending de facto head of MGM, a skilled negotiator and himself a lieutenant to Shell.   And now Robbins.   These are the successors to the likes of Sid Sheinberg and Adolph Zukor as well as the Mayers and the Warners.  With the possible exception of Sony’s Tom Rothman, the movie maker of the 2020s is distinctly an import from outside the movie world, an observer who is being tasked by bottom-line conscious media and tech companies to navigate a landscape inexorably altered by the pandemic to be less targeted to a gala world premiere and more focused on a 9:01 PM Pacific time drop that would allow kids to stay up a little late on a Thursday night.

It’s hard to say which version of Hollywood is more inspiring.  We are now in a world where instead of Marilyn Monroe becoming a contract player Scarlett Johannson is suing Disney for shortchanging her by releasing her movie on PVOD, with Mickey Mouse digging in his heels to fight for his version of business truth.  The studio negotiators are tough and resilient but they don’t rent $3000 a night suites at the Martinez and smoke $200 cigars.  They likely send out for plant-based takeout and work into the night on their laptops in their dens.

We probably need that calm diligence more than ever now.  But it is a sign that time has marched on and the days of the mogul seemingly at an end.  I’ll personally miss the inspiration of a Gianopulos but I’ll look forward to potentially crossing paths again with the likes of a Robbins.  Most cigars make me gag.