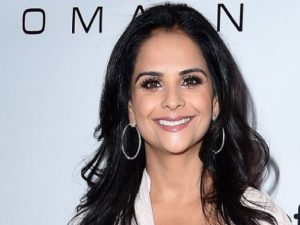 Bela Bajaria is arguably the world’s most powerful creative executive.  She’s so good she replaced a woman (Cindy Holland) who earned her company more than a trillion dollars over 16 years and in on a pace to eclipse that.  How good is she?  We simply don’t know.

As Netflix’s head of global TV, Bajaria shepherds the streaming service’s massive demand to create compelling original content, being the most significant such entity to lack a corporately connected studio to draw intellectual property from.  With nearly a dozen such services currently jockeying for eyeballs and subscriptions in the United States, the opportunity and necessity best lies beyond our borders.

Netflix arguably knows that reality better than any other media company.  As an executive with deep ties to non-U.S. scripted development at Universal Television, Bajaria established an acumen which Ted Sarandos recognized, hiring her in 2018 and vaulting her into Holland’s position last year.  On the heels of such local-language acquisitions as Money Heist, Bajaria and Netflix have struck the motherlode this fall with the South Korean import Squid Game, which will become Netflix’s most-viewed and one of its most critically accliamed original series in its history before the end of the year.

We’ve documented how squirrly Netflix chooses to be with how much concrete data it chooses to share, so there’s no empirical third party source to draw from.  But consider these factoids, as reported earlier this month by our friend Josef Adalian at Vulture: 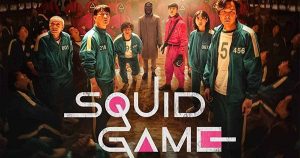 ➽ Parrot Analytics, whose “demand index” quantifies content popularity by looking at everything from online buzz and Google searches to the frequency of illegal downloads, this week called Squid Game “a word-of-mouth global sensation” and noted that, as of Sunday, the series is now the most in-demand show in the world, with 79 times as much audience interest as the average title. It’s gaining traction in the U.S., though not quite as rapidly as elsewhere: On Monday, the day before Sarandos made his comments, Squid Game was the 18th most in-demand U.S. series per Parrot, generating about 33 times the demand of a typical show here, and second only to consistent chart-topper Stranger Things among all Netflix originals.

➽ Squid Game has also broken through with audiences more quickly than some other recent Netflix hits, according to Parrot, soaring to the top of the company’s global-demand index faster than Money Heist’s third season or the debut of U.K. import Sex Education.  (Our other friends at Whip Media concur, noting Squid Game saw that engagement rise nearly tenfold within a week, and within ten dats had equaled the interest level of its current all-time hit Bridgerton.

➽ Although Netflix didn’t widely distribute advance sceeeners of the show to the U.S. press — sending them only to outlets that requested them, a rep for the platform says — Squid Game is now slowly building a base of positive reviews, per aggregators Metacritic and Rotten Tomatoes. The amateur critics over at IMDb have also weighed in, pushing the show to No. 2 on the site’s ranking of the world’s most popular TV shows, ahead of Ted Lasso but just behind Sex Education.

And it is doing all of this with exactly the kind of audience advertisers and subscription services covet.  Per our Whip Media friends once again:  Over 40% of adult viewers are under 30; nearly 60% are under 35.   Its gender split is nearly equal (53% M, 47% F).   And 60% of all viewers watch on a good old fashioned TV, where attention and engagement are far stronger.

When there’s a preponderance of evidence like this, let alone the fact we literally can’t escape any reference to it in pop culture these days, even Leblanguage can’t dispute the fact this may be my ultimate FOMO series.  Yes, I’m simply too damn busy to watch, meaning that I’m not part of these totals.  I assure you I eventually will be.  The beauty of Netflix is that great television has no season, meaning the influence of Belaria’s acumen is far longer-lasting than, say, the upcoming new season of Succession may be (I’m drooling over that one too; that fanboi desire will be documented later this week).  And since this is a series whose audience core is in Asia, we are talking about an upside audience over time that could approach the hundreds of millions.  Seriously.

What I love most about my work is that no two days are exactly alike.  Every day yields new information, a new set of statistics, a new set of arguments over what’s working and what’s not.   Numbers this big have never been seen in my lifetime, and what excites me still more is that there may be something else out there that could do even better.  One thing’s for sure:  it’s quite likely Bela Bajaria knows more about it right now that you or I do.