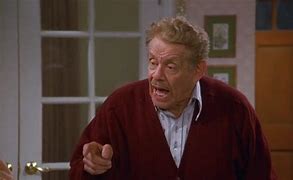 With the decision to go to a “best of” countdown for weekdays as we end 2022, we also missed the chance to observe Festivus yesterday.   As someone who loved SEINFELD when it originally aired, and who proudly sold it for several years, I consider it as signifcant  a milestone for the holiday season as any.  By falling on December 23, when it was on a weekday it would almost always be the last day of work for the year.  And it would often be the last time I’d see my work family as well–virtually none ever became friends beyond work, and none ever to the point of having me worthy to be a part of their holiday season with their true loved ones.

Incidentally, while Festivus came to prominence via the hilarious “The Strike” episode from 25 Decembers ago that featured George Costanza’s daffy dad Frank, played by the ever-brilliant and beloved Jerry Stiller, it actually DID exist well before that–at least, within the family of the episode’s writer, Dan O’Keefe.   Per Wikipedia:

Festivus was conceived by author and editor Daniel O’Keefe, the father of television writer Dan O’Keefe, and was celebrated by his family as early as 1966. While the Latin word fēstīvus means “excellent, jovial, lively”,[5] and derives from fēstus, meaning “joyous; holiday, feast day”,[6][7][8] Festivus in this sense was coined by the elder O’Keefe. According to him, the name “just popped into my head”.[1] In the original O’Keefe tradition, the holiday would take place to celebrate the anniversary of Daniel O’Keefe’s first date with his future wife, Deborah.[9] The phrase “a Festivus for the rest of us” originally referred to those remaining after the death of the elder O’Keefe’s mother, Jeanette, in 1976; i.e., the “rest of us” are the living, as opposed to the dead.[10][11]

In 1982, Daniel O’Keefe wrote a book, Stolen Lightning: The Social Theory of Magic, that deals with idiosyncratic ritual and its social significance, a theme relevant to Festivus tradition.[12] 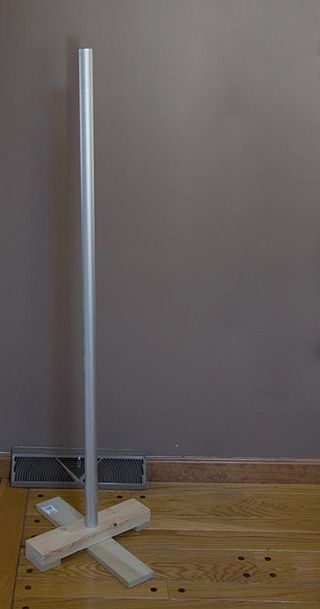 So the younger O’Keefe embellished it a little.  The Festivus aluminum pole, for example, was an add-on, as O’Keefe told CNN in 2013:

The real symbol of the holiday was a clock that my dad put in a bag and nailed to the wall every year…I don’t know why I don’t know what it means, he would never tell me. He would always say, ‘That’s not for you to know.’

But one “tradition” that did trickle into popular culture was “the airing of grievances”, which immediately follows the Festivus meal.  As any true SEINFELD knows, and as Wikipedia again details:

The “airing of grievances” takes place immediately after the Festivus dinner has been served. In the television episode, Frank Costanza began it with the phrase, “I got a lotta problems with you people, and now you’re going to hear about it!” It consists of each person lashing out at others and the world about how they have been disappointed in the past year.[23] Some mental health professionals believe that having a space for people to air some of their grievances to their families and friends could actually be good for mental health, although it is something other holidays usually avoid.[1

Well, as many of you who do read this space on a regular basis know all too well, far too many days this year for me have been Festivus-like.  On an all-too-frequent basis, I’ve used this space to air my grievances.  Frankly, I’m in no mood to repeat them.  That’s what archives are for, if you’re curious.  You kind of know the things that bubble to the top of the list.  Incompetent executives and politicians whose inexperience and arrogance cost real people jobs, money and quality of life.  Feckless health officials with financial interests who convince more than enough people that the very thought of even touching another human being is somehow a way to actually go through life.  Self-absorbed opinionated social media influencers who threaten violence and end friendships because you either embrace an opinion contrary to theirs or, worse yet, fall down a rabbit hole into believing something that actually might incite violence against the same human beings they are being urged to avoid any physical contact with themselves.

But for me, my biggest grievance is that the concept of “you people” for me has, more often than not, been a moot point.

December 23 more often that not meant that I’d “staycation” for the balance of the year.  Rarely was there money for travel or welcoming family to see.  The largesse of the life I was part of meant we were inevitably financially strapped by year’s end anyway.  So while the rest of the world would scurry cross town, cross country or cross continent we’d hunker down for the holidays, catch up on the DVDs I used to get as an Academy member which I never watched when it was time to vote, order in a lot of Thai food, and think somehow that was celebratory.

No, I don’t miss that kind of isolation at all.

But somehow, for far too many people, this truly seems to be the way they WANT to exist.  With a family unit and a package of face diapers to wear around the house except when on zoom calls.  Working from home whenever time allows them the freedom of completing their work tasks–whether it’s 4 am or 4 pm.  Choosing whether or not they even need to wear long pants.

I’ve been accused of being jealous of this.  I can’t deny there’s some of that.  Unlike the few of you who do interact on a regular basis, more infrequent “friends” ridicule me for my past choices, attempt to “coach” me on how to proceed, but yet, not a single one of them have provided an actual lead to anything tangible or anyone truly in a position to offer it.  For a variety of reasons, many out of their control, an overwhelming majority of those I have known now fall into the category of “R.F.D.”.  Retired,  Fired.  Or Dead.  And none of that involves something we have any control over.  So I can’t be angry at you.

But I am VERY angry at those who are simply too freaking off the grid to even return an e-mail, phone call or text.  Especially ones who have actually hired anyone to do anything this year.  One person in particular qualifies on all of the above, and that person knows who they are.  That particular degree of hurt is at times insurmountable for me.

But rather than focus on that more than I already have, perhaps now that at least the day of Festivus has come and gone, it’s time to take a more positive approach.  Some people are finally surprising me with catch-up lunches and gestures of kindness.   Some people are actually supportive of my particular approaches.  Though you don’t always agree with me, you at least give me enough respect to HAVE an opinion.  The feeling is more than mutual.

I can’t more passionately wish that more of you would simply find the time and room in your hearts to follow suit.  Yes, the link below (which I’ll admit I’ve made a regular feature of this space for the time being) is one way to show that.  I’m eternally grateful for even the smallest of gestures there–it’s exponentially more than that one person who truly hurt me has even hinted at, and that’s a pattern that person has repeated for decades.  If that person’s ears are burning, TOUGH.  It’s about friggin’ time people knew your capacity to make people cry as much as your perceived ability to make them laugh.

As my new bestie reminded me in their wonderfully empathetic way just a few hours ok, the universe is screaming at me now to reboot.  Refocus energy on the now and not the then.  For me, I’ve always been most passionate about my unique way to learn from the past and emulate its success but avoid repeating what didn’t work.  Be grateful for the health, perspective and the few possessions that still remain.  And the fact my fingers and limbs are still operating at a high enough level to express it.

This bestie is damn smart, IMO.  And anyone who would label them otherwise is, frankly, not worth any lamenting over one iota.

But I do lament it’s been far too long since I’ve actually seen many of them face-to-face. 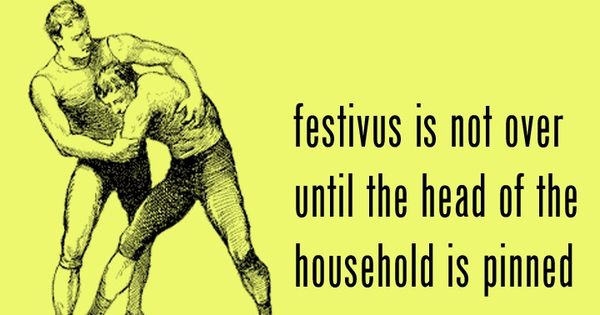 Are any of you ready?

Will you EVER be?

Thanks to a few of my other grievance recipients, including my quaran-tine Babs, I’m not sure many will.

But some might.  And I really, REALLY look forward to SEEING you soon. 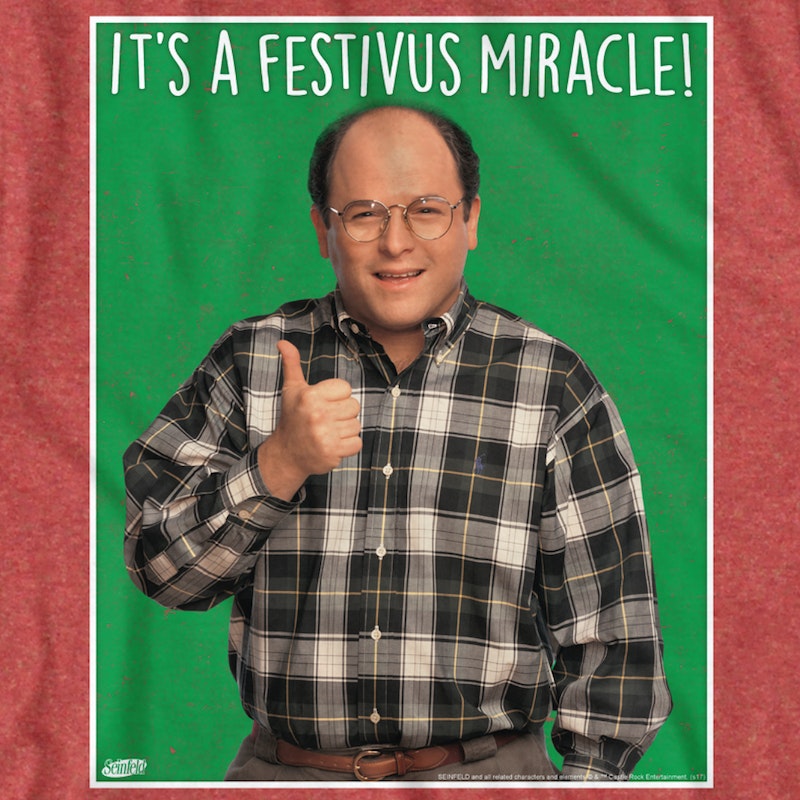 Now THAT would be a Festivus miracle!!!

Enjoy whatever December holiday you celebrate.  Me–these days, it’s at least three.  Any of you people got a problem with that?