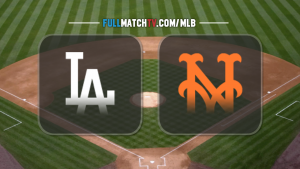 After a one-year hiatus my favorite weekend of the summer is here.  The New York Mets are finally back in Los Angeles, this time for a four-game series which I will be fortunate enough to be attending at least three of them in person.

Some of the best days of my life have been spent at Mets-Dodgers games.   Growing up in Queens my father, grandfather and I would all go to Shea Stadium and sit up in the $1.30 seats.  Dad and Grandpa were Brooklyn Dodger loyalists and bonded on their own at Ebbets Field.  I was the New Breed that was Mets first; Dad was Dodger blue and Grandpa was happily in the middle bonding with whichever team was winning that night.  I recall one very chilly May night in the 70s when the Dodgers lost in extra innings on an error by a young utility infielder named Billy Grabarkewitz, who had ironically come into that game for defensive reinforcement.    In that era print boxscores with narrow agate type were the way you found out about the details.  Printing presses were done in linotype, where font sizes were fixed.  Longer names needed to be abbreviated.  Grabarkewitz’ name was never spelled out in full; in some editions when he’d play multiple positions his name would appear as G’b’w’zss-2b.  Since he’d rarely hit extra-base hits we’d almost never see his name spelled out even in the details below the grid.  When we read the paper the next day after temple there it was–fully spelled out with E-Grabarkewitz.    Grandpa was the original purveyor of Leblanguage, encouraging exactness of spelling and communication, ever exorting me to “enunciate and articulate distinctly” in an exaggerated accent a la Professor Henry Higgins from My Fair Lady.  We teased Dad mercilessly, “E-G-R-A-B-A-R-K-E-W-I-T-Z”.  Dad hated us for weeks.

When I moved to LA I’d make a point of going to at least one Mets-Dodgers game per year.  My first year in LA my parents came to visit and I had the joy of taking them to a critical late season match-up between Dwight Gooden and Fernando Valenzuela with a group of TV executives who secured a large block of upper deck seats.   It was a warm Friday night; my parents were scheduled to fly back to New York early the next morning.  Both teams were in playoff contention.  It was a classic.   The game was scoreless and went into extra innings; Gooden actually pitched 10 scoreless innings.  No one wanted it to end or leave–except Mom.  Mom fretted and stewed and was concerned she hadn’t packed.  The executives were both amused and concerned that Mom was going to have a stroke on their watch.  The Mets prevailed in the 11th, we got home late; sure enough we overslept and they missed their non0refundable  flight.  Mom was apopletic.  I bit the bullet and paid incremental to get them on the next flight out, if only to get them out of my apartment.  When I told the story the next time I saw the execs I was asked how much it cost me.  On the spot one exec wrote me a check to cover my cost.  His sage advice: “There are always other flights.  There is no assurance there will be games like this.”

During the oughts I worked for FOX along with another executive who was a passionate Mets fan at a time when FOX owned the Dodgers outright.  It was an unwritten contract clause that when the Mets visited LA I was given four passes to the corporate suite.  My brother-in-law and good friend both had toddlers at the time which made their getting out to games difficult.  With a suite you can easily bring a stroller in and rock the baby to sleep while we sat in the seats overlooking the game and cheered with free beer and Dodger dogs.  Tommy Lasorda would always stop by to suck up to the corporate guests and would always pose for pictures.  Never was I prouder of my perks than being able to see their faces light up and rub shoulders with my loved ones and their new generation of Dodger fans.  I didn’t care who won and lost.  I was a winner no matter what.

I’ve even seen four playoff games between them, the most recent being the final  winner-take-all game of the 2015 NLDS.  Background: Dad had passed the summer before; it was an especially emotional time for me.  While he lay comatose in the hospital the summer before I would play the Dodger broadcast with Vin Scully broadcasting on my phone and occasionally I’d feel him squeeze my hand.  My way of saying goodbye with his favorite voice.  Flash forward: I was fortunate enough to be the guest of someone who miraculously had a spare ticket and called me a few hours before the first pitch.  Never did I have more traffic nor walked farther to park.  I got to my seat in the fourth inning, the Mets already trailing.  The Mets got clutch hits from Daniel Murphy and an amazing relief performance from Noah Syndegaard to come from behind and break the hearts of the Dodger faithful.  My friends left hurriedly in tears and advised me to take my time heading out; anyone in Mets gear would be easy prey for disgruntled drunk fans leaving the stadium.  So I stood alone in an empty row in the second deck and I watched the team celebrate on the field and with Mets fans who had gathered around the dugout to help them.  And then I felt the strongest embrace I had ever felt from my dad.  I’m not a true believer in afterlife but I feverishly believe that Dad was there with me.  Thanking me.  Congratulating the winning team.  Making up for the Grabarkewitz pettiness.  And providing closure.

I’m heading out to Chavez Ravine tonight.  Walker vs. the bullpen.  Dad’s invited.   Hope you’ll be there with us.